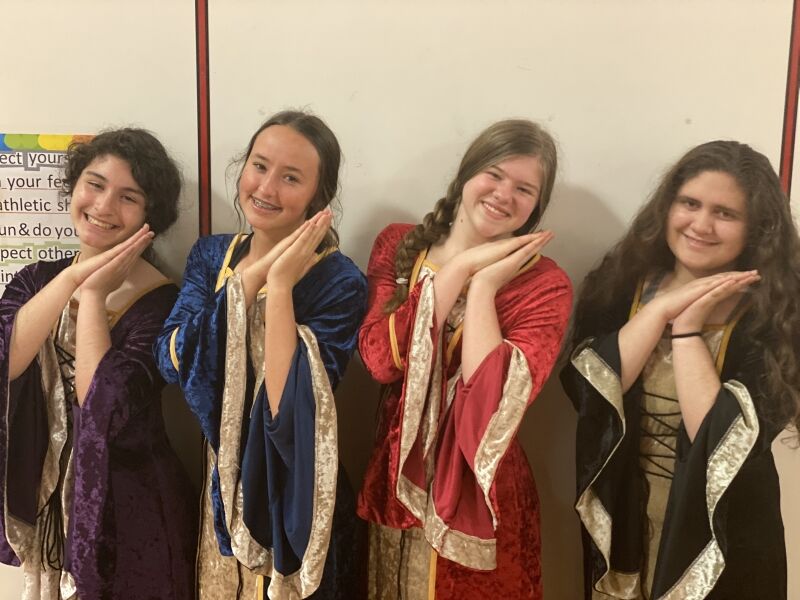 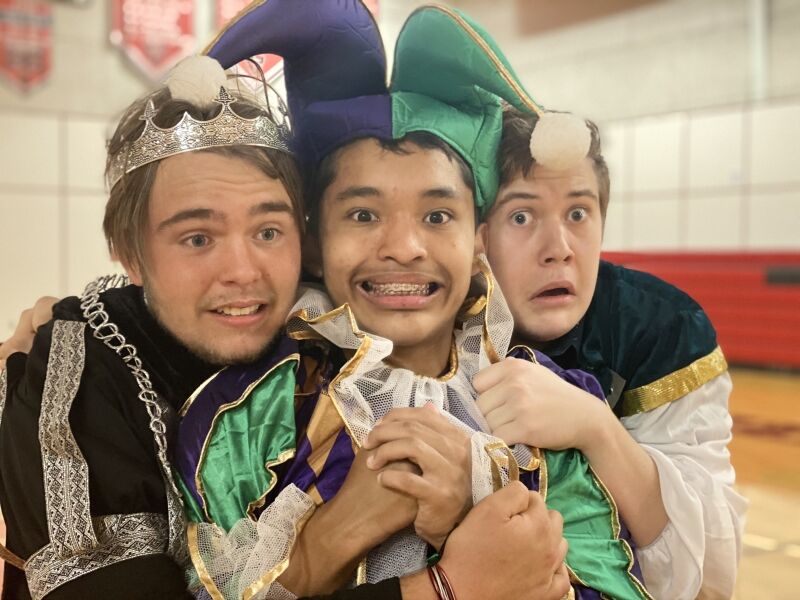 Zachary Boore, left, plays the King, Julian Velazco  plays the Jester and Gage Daniel portrays the Minstrel during a rehearsal of the musical comedy “Once Upon a Mattress” at Central Texas Christian School. 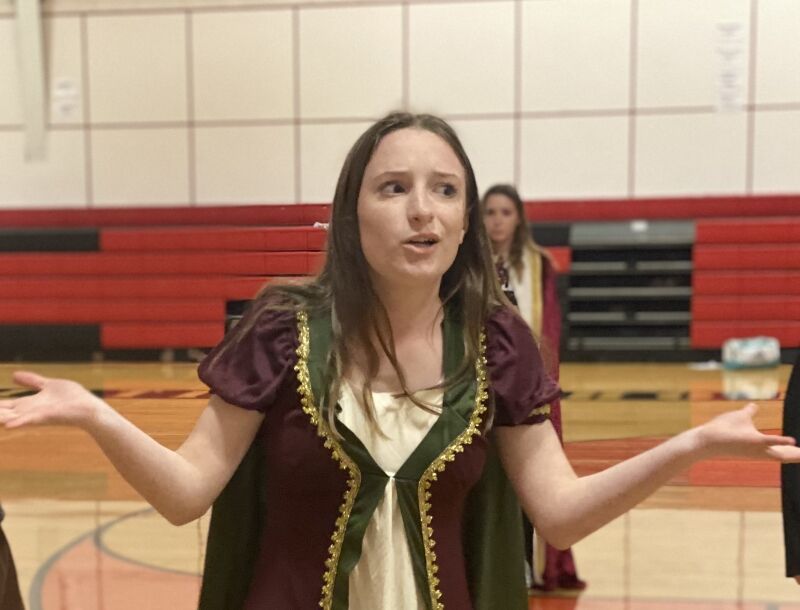 Zachary Boore, left, plays the King, Julian Velazco  plays the Jester and Gage Daniel portrays the Minstrel during a rehearsal of the musical comedy “Once Upon a Mattress” at Central Texas Christian School.

Central Texas Christian School’s theater company is slated to take the stage at the Azalee Marshall Cultural Activities Center, 3011 N. Third St. in Temple, next weekend for their rendition of “Once Upon a Mattress.”

The musical comedy that first began off-Broadway in 1959 tells the story of Queen Aggravain, who ruled that no couple can marry until her son does. However, every princess to come forth is seemingly unable to pass her “sensitivity tests”.

“‘Once Upon a Mattress’ was actually the first musical I ever did when I was a little kid, and it kind of struck me that this would be a really good show for our group of kids this year … especially since we had to cancel last year’s show because of COVID-19,” David Koontz, CTCS’ theater director, said.

Although Koontz said last year’s cancellation was a disappointment, he emphasized how this year’s 35 cast members and six crew members — which have been preparing since the tailend of January — are eager to grace the stage once again.

“The amount of talent that we have here is way bigger than most schools our size would have, and that’s something that we’re blessed with,” he said. “Before the fall of 2015, we did not have a theater program … but there’s a lot of kids here that are naturally talented in performing arts.”

Kendal Coster is among those students. The junior, who plays Queen Aggravain, has enjoyed assuming her role for this year’s production.

“She’s definitely very different from a lot of the characters I’ve played, but it’s always kinda fun to branch out,” she said. “I mean, I have an excuse to be mean to people.”

Coster noted that it was phenomenal to witness her fellow cast members develop a sense of who their characters are.

“I feel like we’re all really students to our characters,” Coster said. “Everyone’s just doing such a good job and it makes the experience just that much more fun. We’re going to perform at a really good theater and I’m just excited to be able to share (the stage) with everybody.”

Catherine Doyle shared that sentiment, and added how she’s excited to appear in front of a crowd again.

“I’m really excited to see everybody’s reaction to our characters, because I don’t think they’re ready for Queen Aggravain or Princess Winnifred … I think they’re going to be very surprised by it,” she said.

Tickets can be pre ordered online at bit.ly/3u84MOL for $5, while admission will be granted at the door for $7, according to CTCS.

“In every way you can think of, this is probably the best show we’ve ever done,” Koontz said.