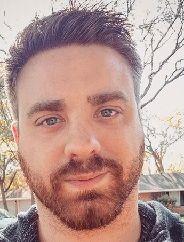 The bodies of Michael Swearingin, 32, shown, and Jenna Scott, 28, were found buried in a shallow grave in Oklahoma, authorities said. 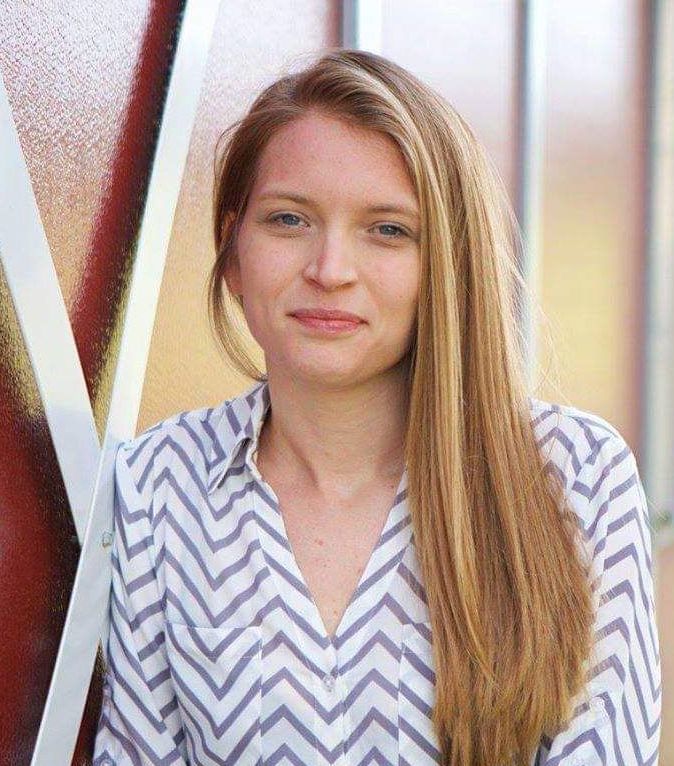 A temporary protective order was issued in Bell County in July to prevent future family violence against Jenna Scott, and her parents, Jonathan Scott and Karen Scott.

Scott, 28, and Michael Swearingin, 32, were reported missing to the Temple Police Department after they were last seen at about 3 a.m. Friday. Swearingin’s car, a gray Hyundai Genesis, was found parked in an Austin neighborhood. It wasn’t locked.

The Temple Police Department identified the man named in the protective order as Scott’s former boyfriend, Cedric Marks of Killeen.

Marks — who has not been named by Temple Police as a suspect in the missing persons case — was in custody late Tuesday on a burglary charge connected to the Scotts’ home.

Jonathan Scott, Jenna’s father, said Tuesday that Marks and his daughter have a history, but it’s not relevant at this point and there is nothing to connect him with what’s happening now.

Relatives and friends of the missing friends suspect foul play in the case.

Talon Scott said Monday that his sister was stalked, harassed and blackmailed.

Jenna and Marks were in a dating relationship that began in August 2015, and the order said Marks “represents a credible threat to the physical safety of Jenna Kay Scott and her family members and pets.”

Temple Police Cpl. Shawana Neely said Tuesday that Temple Police officers met Jenna Scott on Aug. 21, 2018, and she said Marks violated the order three separate times. Because of the information Scott provided, warrants were issued for Marks for the violations. The Bell County Sheriff’s Department arrested Marks for the warrants.

Marks, a former mixed martial arts fighter, was found not guilty in August 2007 of aggravated assault charges in connection with a 2004 Coryell County case.

Marks was arrested by another agency on a warrant for burglary of a habitation with the intent to commit other felony, Neely said. He wasn’t in the Bell County Jail by press time, according to jail records.

The home Marks allegedly burglarized on Aug. 21 was that of the Scott family.

The burglary reportedly happened just a few days after Marks was arrested for violation of a protective order.

Officers were sent to the 7000 block of Redbrush for a domestic disturbance call after Scott went to the police department and said her ex-boyfriend (Marks) broke into her house, according to an arrest affidavit for Marks’ burglary charge.

Scott heard the house alarm say “garage door,” which meant the door between the garage and house was open. When Scott went to look, she found Marks in the house, although he wasn’t supposed to be there. Marks reportedly took her cellphone out of her hand and threw it out of reach, the affidavit said. Scott yelled at her daughter and told her to call 911. Marks ordered Scott to tell her daughter to hang up and slide the phone under the door.

Marks told Scott to drop charges against him for assault family violence crimes pending in Killeen, and reminded her she also had charges against her that he’d filed. He reportedly said it was her word against his, and he had friends at the Killeen Police Department. The affidavit said he threatened Scott by saying, “you know what I am capable of . . . your entire family and all of your friends will need witness protection if you call the police.”

A doorbell video Scott gave officers showed Marks go up to the front door and then walk out of sight toward the garage.

The daughter was interviewed at the Children’s Advocacy Center about what she saw on Aug. 21, 2018. She gave the same information as her mother and added she called 911 before she was told to hang up.

Officers got the information from 911 dispatch, and it showed the daughter’s phone called 911 that day at about 9:23 p.m. and the call was dropped. The dispatcher tried to call the number back multiple times, the affidavit said.

The arrest warrant for Marks was issued Nov. 9, 2018, by Bell County Justice of the Peace David Barfield.

Anyone with information about Swearingin and Jenna Scott is asked to call the Temple Police Department at 254-298-5500.