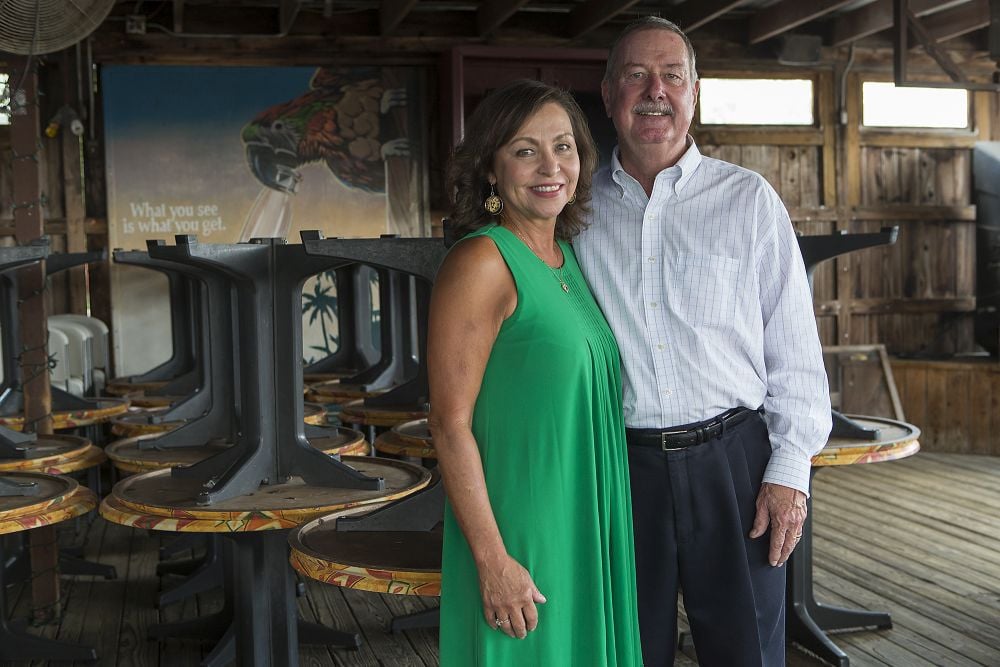 Ralph Sheffield and his wife, Debbie, pose Tuesday for a portrait at Las Casas Restaurant and Patio, which is shutting down after 35 years, in Temple. 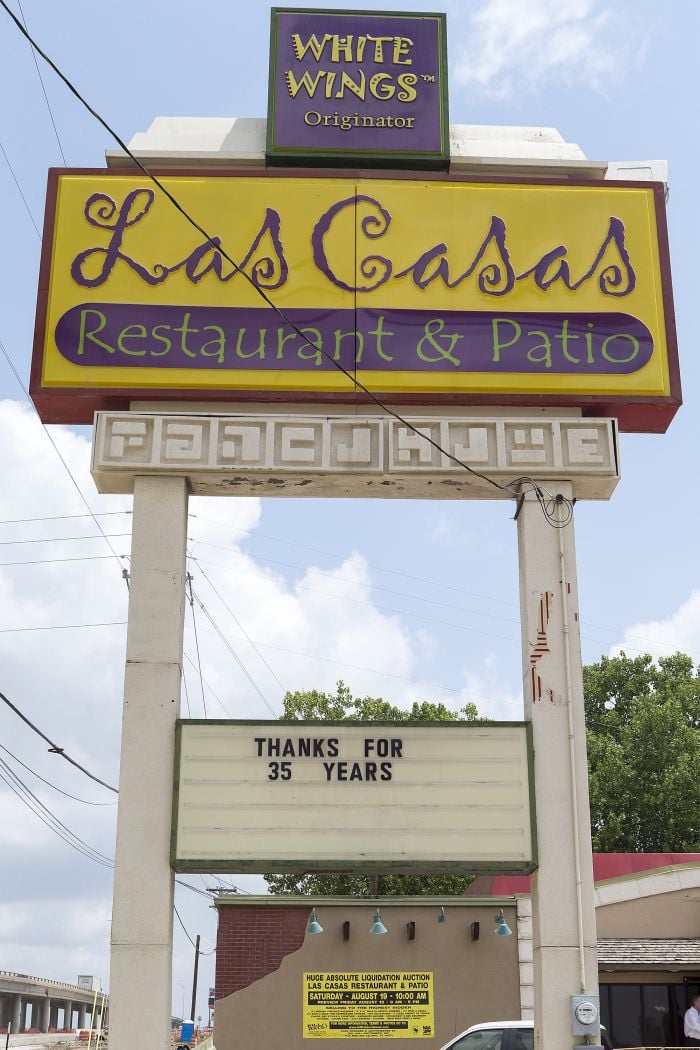 Las Casas Restaurant and Patio is shutting down after 35 years in Temple.

After 35 years, Las Casas Restaurant and Patio has closed and a favorite menu item may be gone for now, but expect a White Wing comeback in the future.

The property was sold to next-door neighbor Mac Haik, who will be tearing down the structure.

“That’s why we closed when we did,” said Ralph Sheffield, who owns the restaurant with his wife, Debbie Sheffield.

The game plan is to relocate and drastically downsize with a focus on takeout, catering and delivery. The plans include a small lounge/bar.

“We’re having a hard time finding a location,” Sheffield said.

Construction on Interstate 35 had its affect on the restaurant’s customer traffic over the past two years and that made the change a little more palatable.

“It’s hard having been here for 35 years, trying to make that decision,” he said.

The catering business kept the restaurant afloat, along with some regular customers who made it to the restaurant no matter the obstructions, Sheffield said.

A liquidation auction is set for 10 a.m. Saturday for those who have an interest in bar and restaurant equipment and paraphernalia, including a 900-pound ice machine, margarita machine, neon beer signs and more. There are also portable buildings, furniture, bar equipment and fixtures.

Sheffield has been spending his days at the restaurant sorting through the items that will be part of the auction.

The hardest job was letting the staff go — some had worked at the restaurant for 13 to 14 years.

“It was pretty emotional,” Sheffield said. “Those who worked the back of the house did a good job.”

The good news is that some of Las Casas’ workers already have found employment.

Sheffield was 19 years old when he opened his first restaurant, Giovanni’s, which sold pizza by the slice.

“We grew that to 40 stores in four years in 13 states,” he said. “I started Las Casas right about the time I sold Giovanni’s.”

Las Casas was a fun business to grow, Sheffield said.

The patio started off on one side of the building and then moved to the other.

Being around friends and customers was the big reward, he said.

“I’ve opened a lot of restaurants but never really closed one,” Sheffield said.

“I’m something of a lost puppy dog right now,” he said. “I’ve worked seven days a week for I don’t know how many years.”

From 2008 to 2014, in addition to running a restaurant, Sheffield represented District 55 in the Texas House of Representatives.

“I was the most accessible state representative around, people knew where to find me. If I wasn’t in the office, I was at the restaurant,” he said.

He has put the word out that he’s available for some lobbying work. Sheffield has served as president of the Texas Restaurant Association.

It’s difficult to stay in the restaurant business; as new chains open, they chip away at the customer base of the businesses of an independent owner.

Older customers always have shown a measure of loyalty to restaurants they frequent, he said, less so with the younger population.