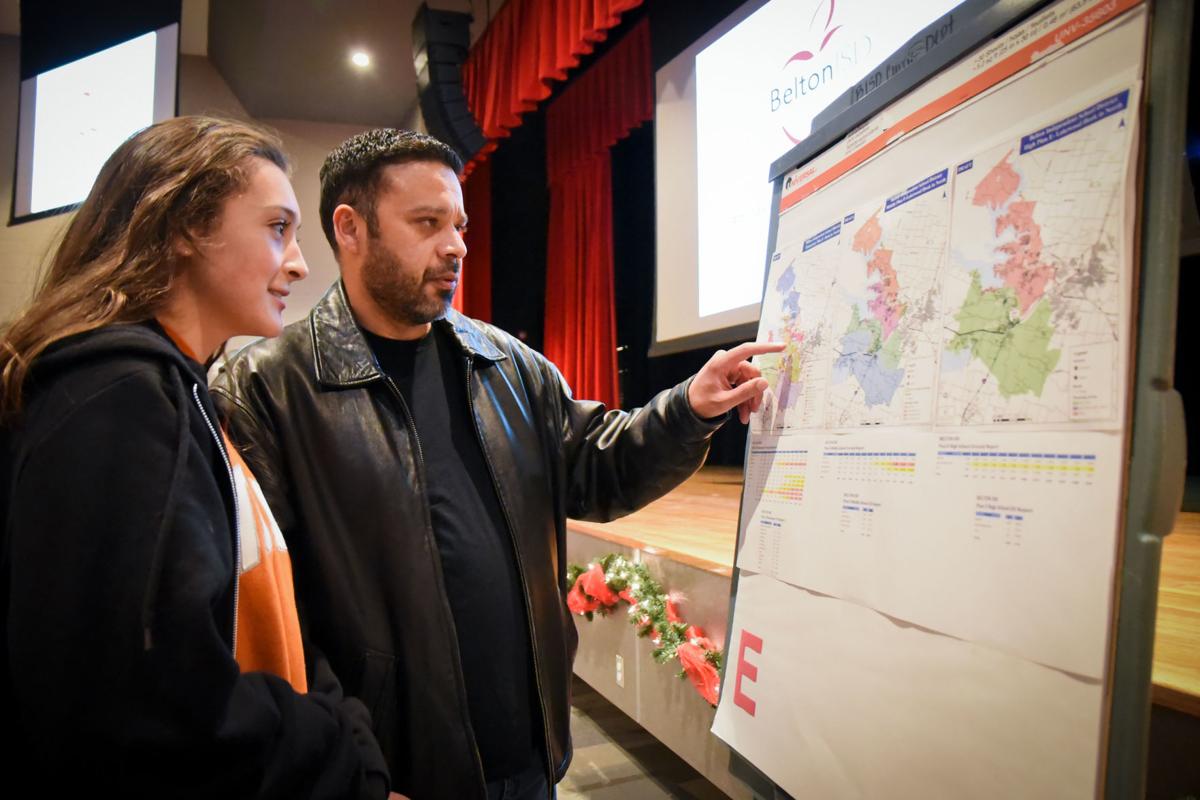 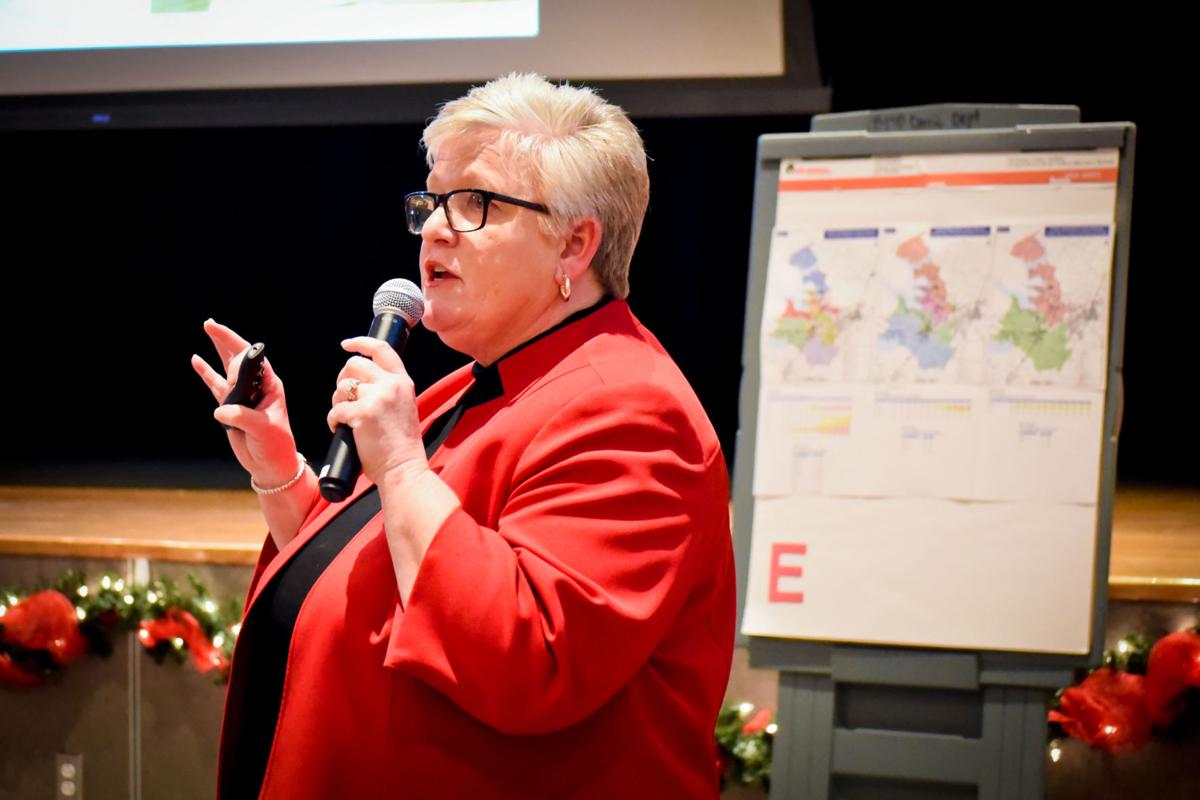 The district held a second public forum on new boundaries Monday night. The third and final forum will be 6:30 p.m. Thursday at the Pittenger Fine Arts Center, 400 N. Wall St.

Before the forums began, a committee narrowed down the new attendance zone options to two: Plan A and Plan E. Plans B through D previously were ruled out by the committee. Both remaining options split the populations of Pirtle Elementary and Charter Oak Elementary between two middle schools, and one also splits the population of Lakewood Elementary School.

Both plans keep “pure feeder patterns” from middle school to high school, meaning no eighth grade class should have to split between two high schools when students move on to ninth grade.

“The main difference between Plan A and Plan E, is really focused in on this Lakewood hook,” Box said. “This is an area that the boundary planning committee really thought should be up to the residents and to the public to decide how this hook is (assigned).”

“High Point and Lakewood elementary zones remain unchanged with this plan,” Box said. “Pirtle will pick up a portion of Tarver south of Adams, and Charter Oak will open north and south of the Leon River, pulling portions of Leon Heights and Sparta Elementary zones.”

Evan and Amy Longfield live in the hook portion of the Lakewood Elementary School zone. The Longfields said that while they realize theirs is just one opinion among many, they would prefer that Lakewood not be split between two middle schools.

“Our son will start kindergarten next year,” Evan Longfield said. “Looking at the numbers, it doesn’t seem like there’s an issue with overcrowding or economic disadvantage to the kids that are involved in the hook, so if the kids in the hook are not taking away from other kids in the district to stay north, then I think the decision should be with the people in the hook.”

“I definitely want to be an involved parent and support as much as I can,” Amy Longfield said. “It seems like it would be nice to continue to foster and develop the relationships we’ve already started while our children are very young, and continue those as they mature.”

“My first concern, which doesn’t directly affect my child, but affects the children at Southwest Elementary, is them being rezoned to a middle school where they can’t walk and where they’ll have to ride a bus,” Farwell said. “Those children generally need that convenience due to the financial situation that they’re in, and also so their parents can attend things at their middle school.”

For her own family, Farwell is mainly concerned about the impact a sudden change will have.

“My child is going to be zoned from SBMS to BMS, which is more convenient for us, but … he will be in eighth grade when they split,” she said. “I’m hoping that the eighth-graders will at least have a choice.”

Farwell noted that students often get very attached to their teachers in athletics and fine arts electives, and said that it would be helpful if eighth-graders could have a choice to stick with a favorite coach or band teacher.

“I understand why they may not be able to do that; the numbers may not work out,” she said.