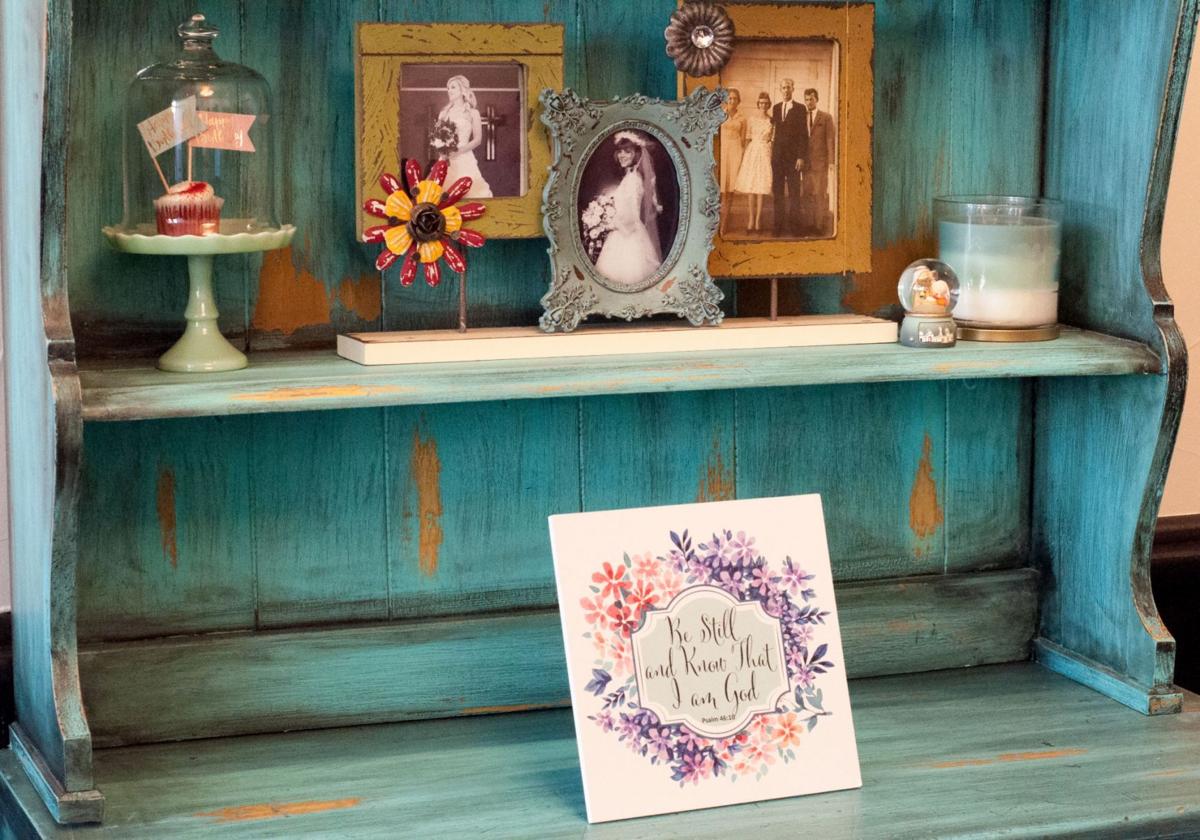 A decorated display sits inside Tirzah. 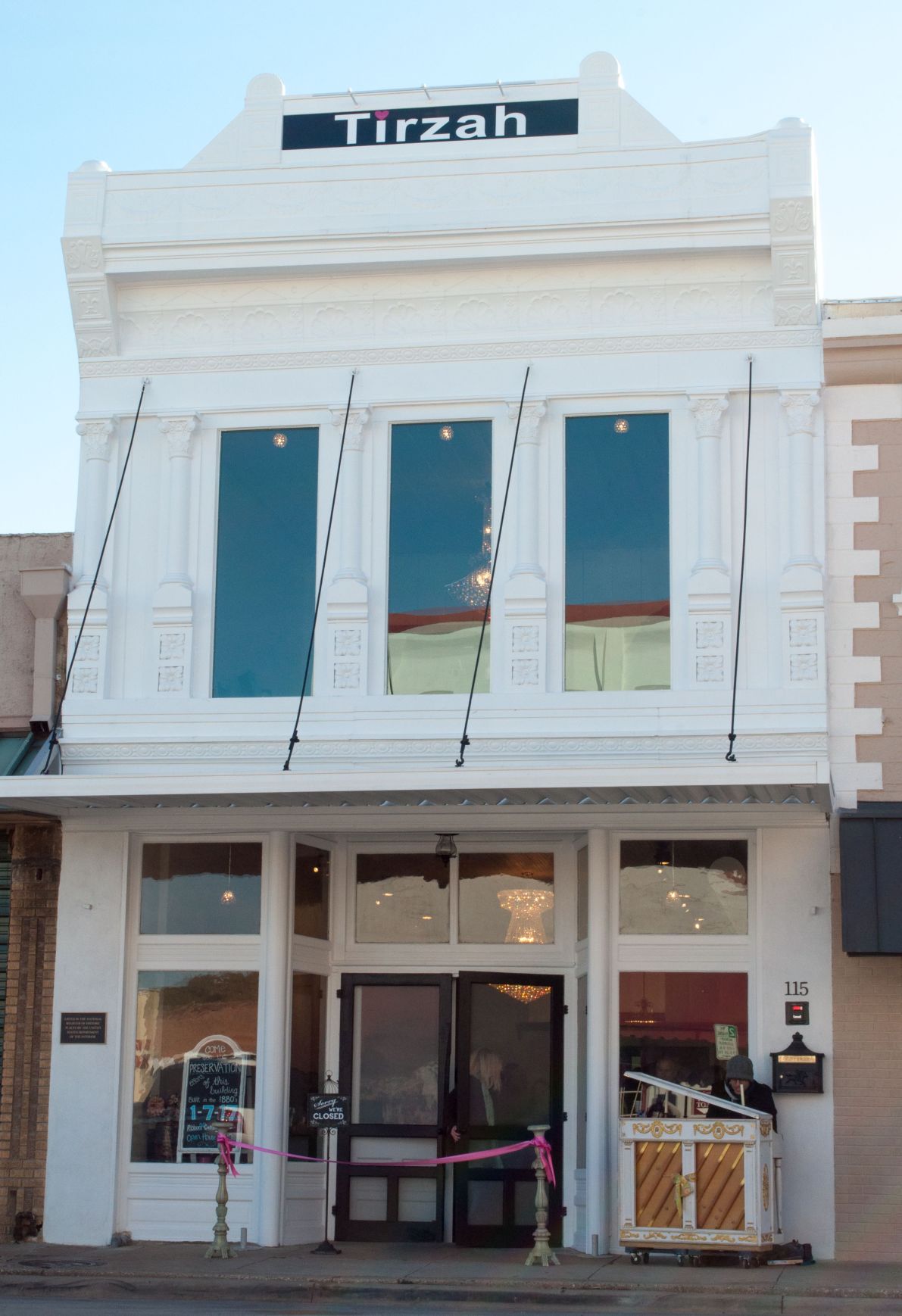 Traveling pianist Adam Lozoya, 23, of Belton plays outside Saturday for the grand opening of Tirzah in Belton. 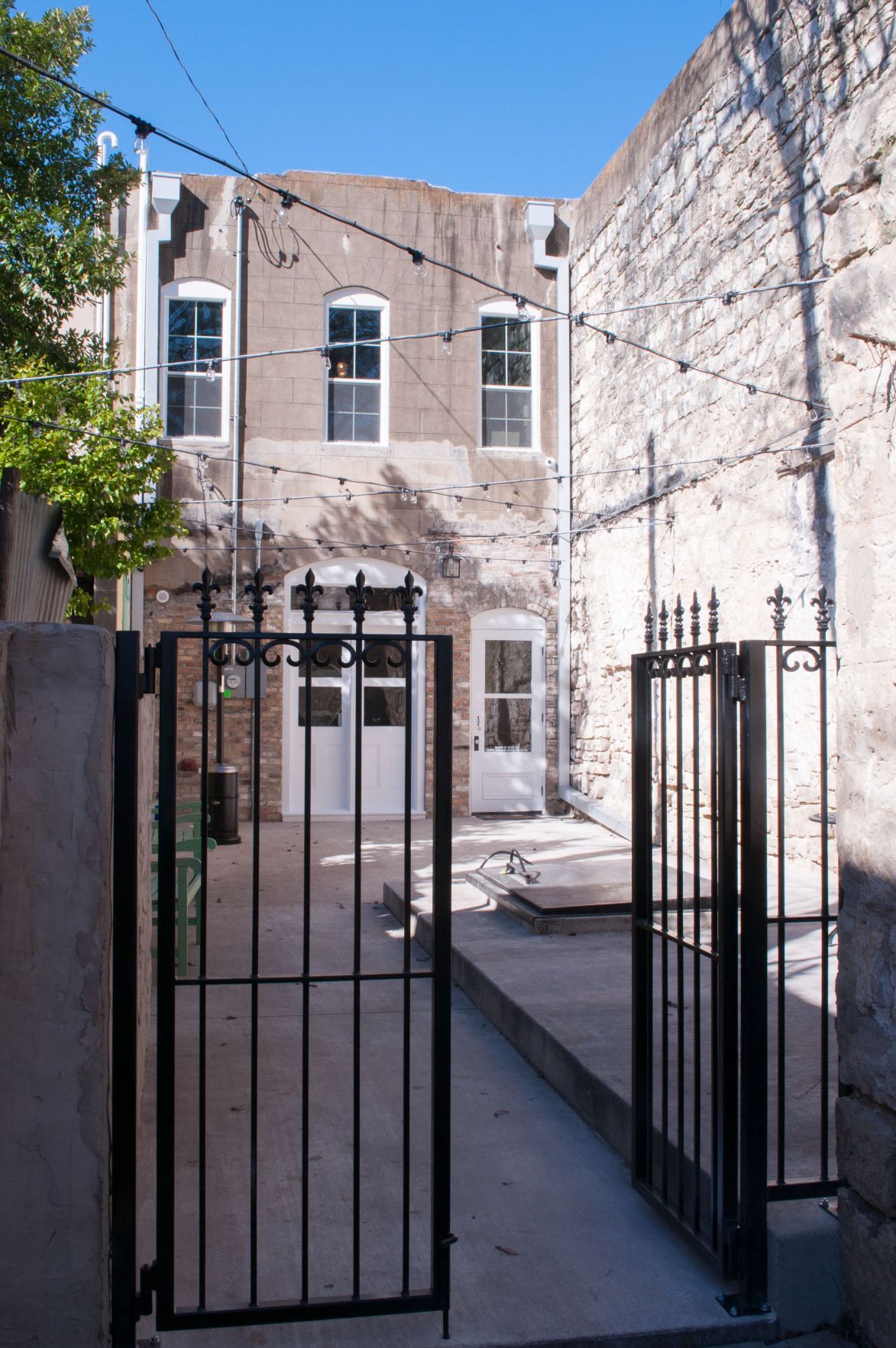 The outdoor venue area of Tirzah is seen behind the building. 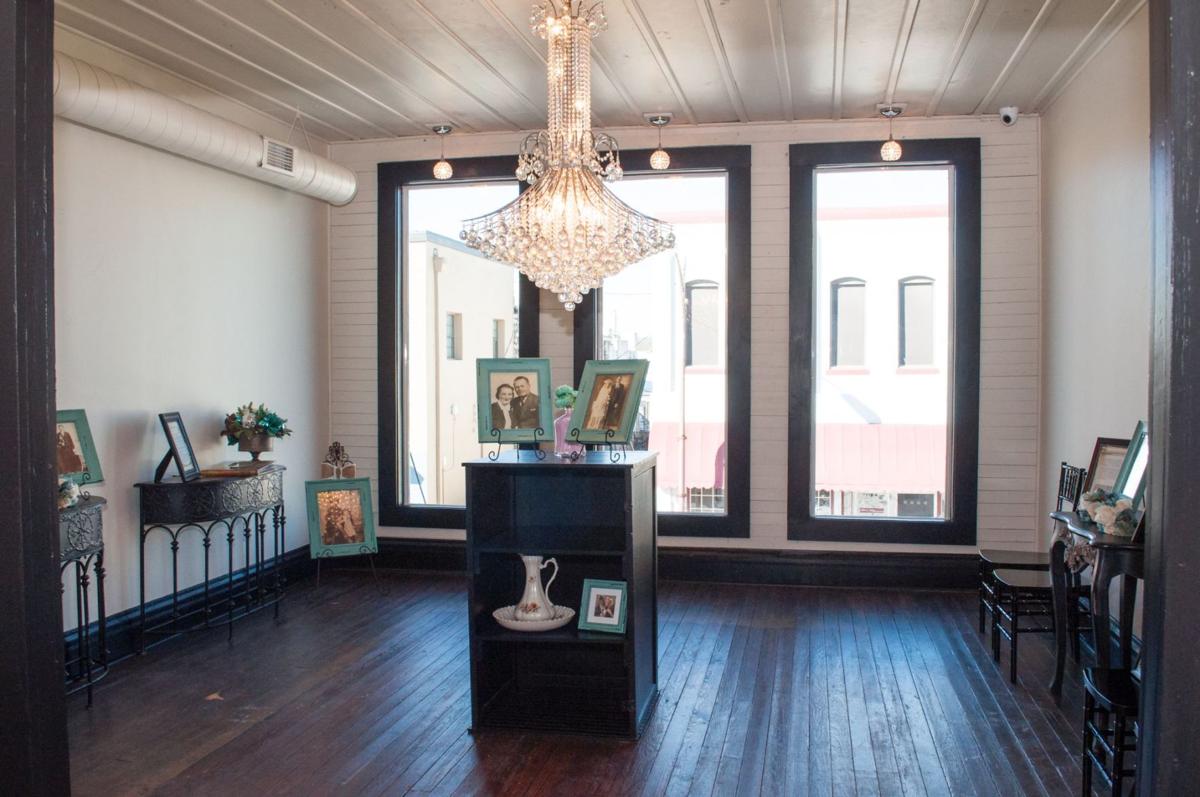 The restored upstairs of Tirzah is on display.

A decorated display sits inside Tirzah.

Traveling pianist Adam Lozoya, 23, of Belton plays outside Saturday for the grand opening of Tirzah in Belton.

The outdoor venue area of Tirzah is seen behind the building.

The restored upstairs of Tirzah is on display.

BELTON — A decaying building in downtown Belton sat vacant for more than 20 years until Saturday morning, when it gained a second life with the opening of Tirzah.

Tirzah, located at 115 N. East St., is a wedding design boutique and event venue and has been the longtime dream of Diana Arldt Roberts.

She purchased the historic building in 2014 for $75,000 at a tax auction. It had been posted for condemnation by the city of Belton after the exterior walls caved in at the rear of the building and was in overall bad condition. Robert received a façade grant from the city to help repair the building.

But by Saturday’s ribbon cutting ceremony, after intensive renovation, there was zero sign of the building’s former deteriorating state. Roberts stood in front of the restored and freshly-painted facade of her business’ exterior and addressed the crowd as a large crystal chandelier glistened in the window behind her.

She thanked the numerous local businesses she contracted with and bought from throughout the renovation process, as well as the city and her friends and family.

After Roberts cut the ribbon alongside her son and daughter and flipped the closed sign to open, about 50 attendees gathered inside for a wedding-worthy table of treats and a celebration.

“We’re not sure when this building was actually built,” Roberts said. “But through our research we have found documentation supporting the building’s existence in the 1880s and during that time the building belonged to Frederick Gillmeister.”

It was used as a bakery, restaurant and boarding house, Roberts said. Over the years they even made wedding cakes and used the building as a venue for weddings and banquets.

They ran the business downstairs and lived upstairs, she said. Fred and Julia Gillmeister lived in the store with their only child, who went on to have six boys of his own. His son, Leonard, was at the ribbon cutting along with about 15 other Gillmeister descendants.

Rita Gillmeister said the building had been sold out of the family before becoming vacant, but another relative noticed when Roberts started working on it after she purchased the property. She got in contact with Roberts and they became friends.

After the ribbon cutting, Roberts invited Leonard Gillmeister and his family to be the first people to enter the reopened shop.

Also in attendance were Jake Roehl and Whitney Joeckel, who will be the first couple to use Tirzah’s wedding services. Roberts has assisted the couple with planning and preparation and they will have their wedding ceremony and reception in the building on Feb. 4.

“The building is amazing,” Roehl said. “We are hoping to do the ceremony on the top floor. We love the view from the top, you can see the courthouse and downtown.”

Joeckel agreed the renovations turned out beautifully. She said Roberts had been great and accommodating throughout the process.

Tirzah’s services include renting out their venue, planning local weddings and designing destination weddings, Roberts said, adding that they basically do business in “all things love and romance.”

She said the building also has already been reserved for another wedding reception and a birthday party.

Candice Bahnsen, Robert’s daughter, is a partner in the business. She said she is still in awe of the building’s metamorphosis.

“We hadn’t even seen the inside when we bought it,” Bahnsen said. “The walls and floor were crumbling … and now look, it’s undergone a total transformation.”

Roberts said she’s most excited that future generations will continue to enjoy the historic building for many years to come.