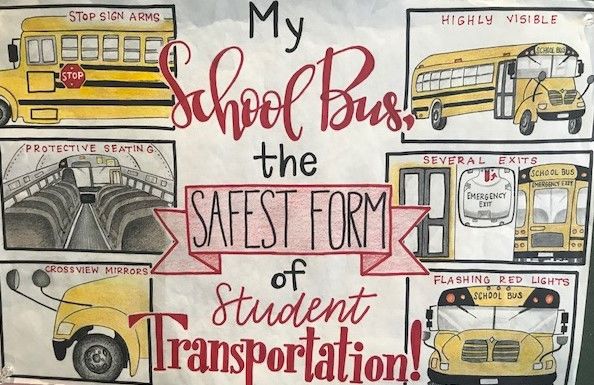 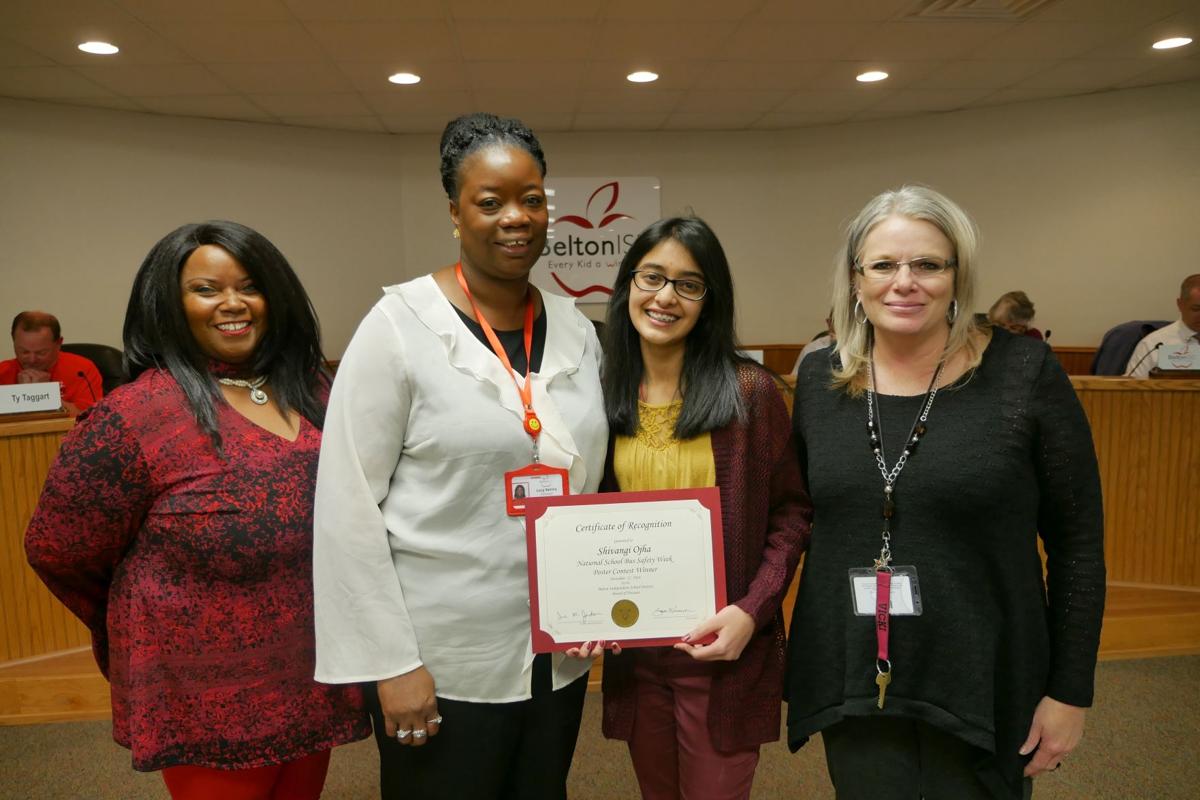 BELTON — A local teen’s artwork will be featured in a national school bus safety campaign next fall.

“Shivangi won the 2018 competition here in the state, her poster went on to the national competition, and we will all be seeing it next October … as the national poster for School Bus Safety Week,” Belton Independent School District spokeswoman Elizabeth Cox said.

The Belton ISD board of trustees honored Shivangi at a recent meeting. Board President Sue Jordan noted that Shivangi has done well in previous state poster contests.

“Did you hear that? National!” Jordan said. “Shivangi has won it (her division) every year that I’ve been here.”

National School Bus Safety Week is organized each year by the National Association for Pupil Transportation, a professional and advocacy organization for school bus drivers. It is held in the third week of October.

Shivangi competed in the poster contest every year since third grade. New Tech principal Ben Smith said that she is a dedicated and committed student.

“I am extremely proud of the hard work Shivangi has shown by creating posters for several years,” Smith said in a district press release. “It’s very rewarding to see that level of commitment pay off and have her poster recognized and displayed nationally.”

Submitted posters are judged on several specific criteria. The poster design should reflect good school bus safety practices, the design should be original and the theme idea should be well-expressed. Posters are also judged on their artwork and visual impact.

“Belton ISD transportation is very fortunate to have such an amazing artist representing us,” director Lucy Kerley said in the release. “The poster contest is a great way to show off students’ artistic ability and honor our transportation employees for the important service they provide.”