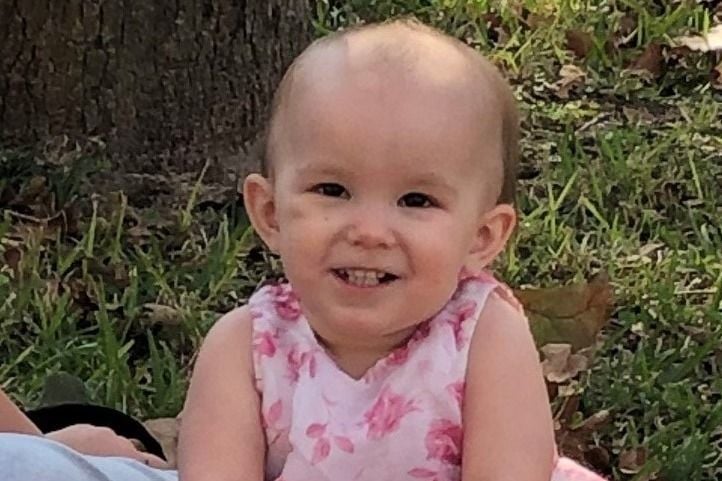 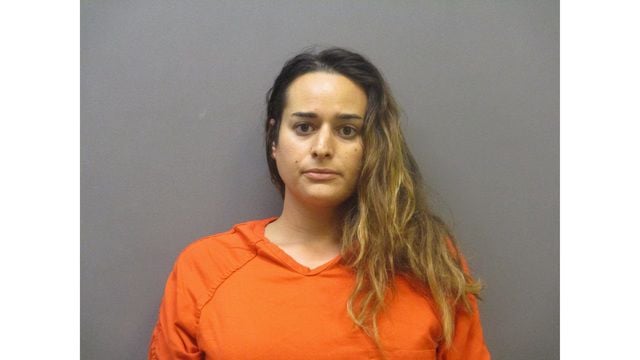 ROCKDALE — A 20-month-old girl died Sunday in Rockdale after Shawn Vincent Boniello reportedly punched, slapped, shook and squeezed her until she didn’t move, a probable cause affidavit said.

Boniello, 30, of Albuquerque, N.M., said he killed Patricia Ann Rader out of anger and frustration, an affidavit obtained by the Telegram said. A second affidavit for a charge of abandoning/endangering a child by criminal negligence said Boniello was smoking marijuana while the child was in the house with him.

Boniello, described by Rockdale Police Chief Thomas Harris on Wednesday as a transitioning transgender person, was charged Tuesday with capital murder and abandoning/endangering a child by criminal negligence. No bail was set, according to the Milam County Jail.

Rachel Bond, the toddler’s aunt, told the Telegram through her tears that the family called the little girl Annie.

“It’s a nightmare,” Bond said. “You can’t even imagine. Our family is really suffering right now.”

Annie was in the protective custody of Child Protective Services, Milam County District Attorney Bill Torrey said. He verified she was placed in her grandfather’s custody.

Texas Department of Family and Protective Services spokeswoman Lisa Block responded Wednesday to Telegram questions by saying, “The family had prior interactions with CPS, and Patricia was previously in DFPS’ care for a brief time.”

The cases against Boniello will go before a grand jury next month, Torrey said.

“I’ll not seek the death penalty but life without parole,” Torrey told the Telegram. “The defendant will be vigorously prosecuted.”

One affidavit gave details of what reportedly happened that led to Annie’s death.

Boniello is in a relationship with the child’s custodial grandfather, Harris said. Boniello was reportedly in the process of transitioning from a man to a woman.

Annie’s uncle called police at about 5:44 p.m. Sunday to 720 San Gabriel St. and said the little girl had stopped breathing. Police and first responders arrived at the scene and tried to resuscitate the child, who was unresponsive, the capital murder affidavit said.

The investigating officer went into the house with consent from the grandfather. The scene was thoroughly processed, the affidavit said.

The affidavit said she had scratches, bruising and swollen knots on her head, neck, arms, stomach and legs.

Boniello reportedly was interviewed Tuesday and detailed what happened — after his rights were explained and waived. The suspect said he was angry and frustrated when, at last, he squeezed the girl until she “felt her bones begin to pop and crush,” the affidavit said. The squeeze lasted for about three minutes before Boniello let the child go, Boniello told officers.

The investigating officer gave Boniello a stuffed toy animal and asked him to show what happened. A “large amount of force” was used by Boniello while he showed what reportedly happened.

The medical examiner’s report said there were multiple internal injuries and broken bones.

“It was a terrible death,” the police chief said.

A second affidavit gave information about the abandoning or endangering a child charge first filed against Boniello.

Boniello reportedly smoked marijuana in the residence while the child was there, endangered her life and didn’t take the child anywhere for emergency care, the affidavit said.

Then the responding Rockdale Police officer went into the house, he found Annie in the back bedroom. She was on the floor, wasn’t breathing or responsive and Boniello was reportedly trying to do compressions.

During an interview at the Rockdale Police Department, Boniello reportedly admitted he smoked marijuana in the house while he was there with Annie.

Boniello has no convictions in Texas, according to the Texas Department of Public Safety criminal records website. However, an online record showed Boniello was arrested Jan. 26, 2012, in Bernalilo County, N.M., on a warrant for the violation of the conditions of his release in a driving while intoxicated case.

Torrey said his reasoning for not seeking the death penalty is financial.

A death penalty case costs a county about $1 million, and Milam County will probably have a $1 million shortfall for 2019, Torrey said.

The appellate cycle usually lasts for about 10 years, Torrey said.

Torrey explained that even after finding that evidence and issues call for a death sentence, the jury can still consider evidence for life, not death.

The family has set up a GoFundMe page to help cover funeral expenses. The page can be found at: https://www.gofundme.com/funeral-expenses-for-annie-patricia-ann-rader