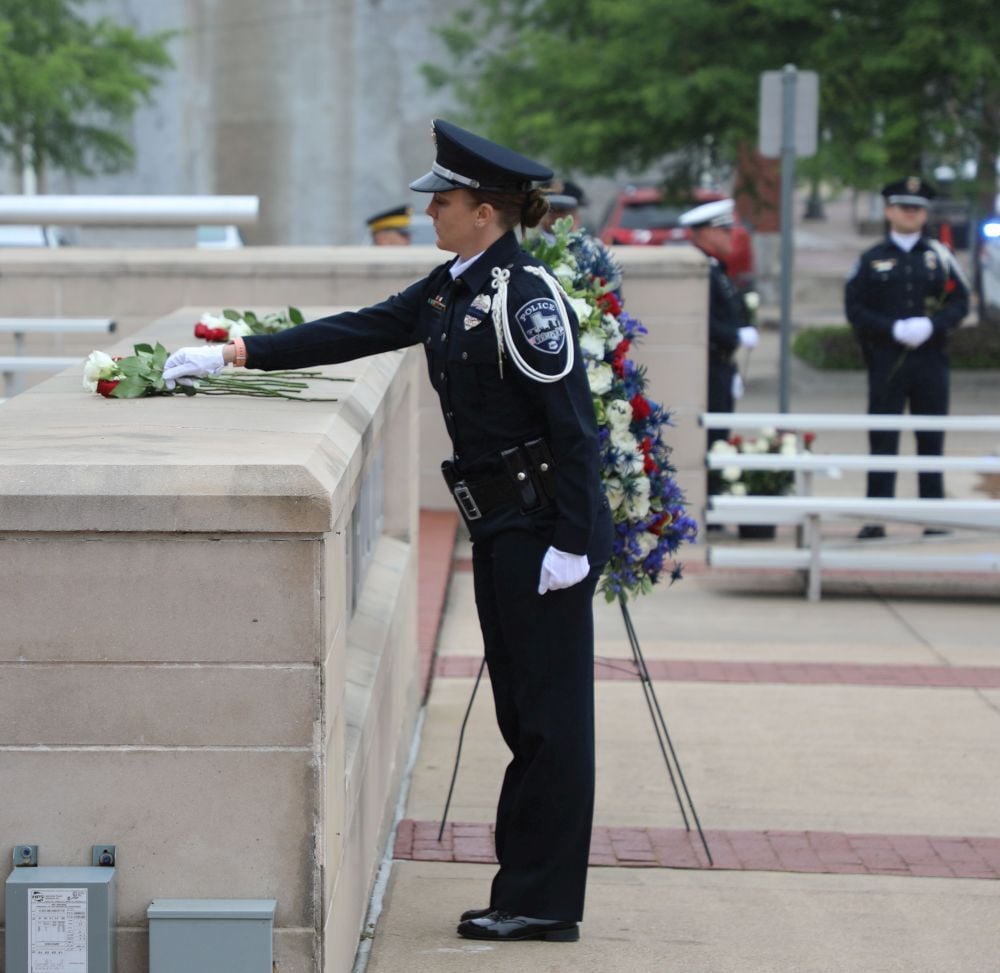 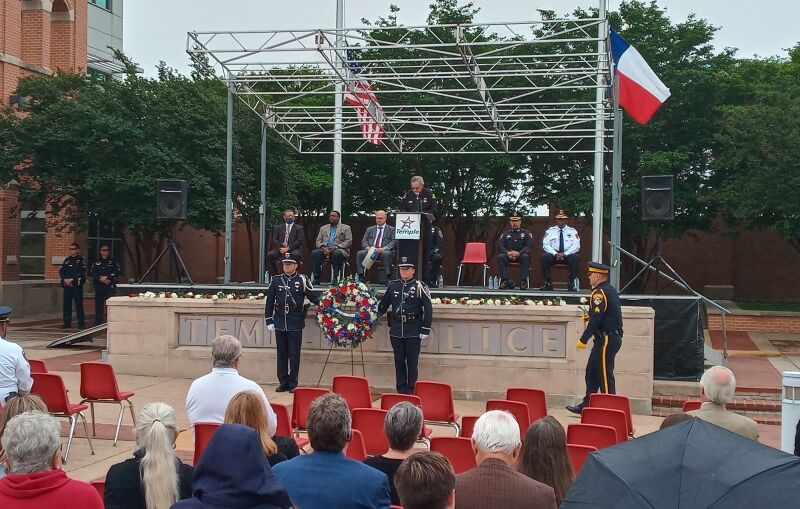 Flowers are placed on a memorial in front of the Temple Police Department during a service to honor fallen peace officers Tuesday in downtown Temple.

Flowers are placed on a memorial in front of the Temple Police Department during a service to honor fallen peace officers Tuesday in downtown Temple.

The names of 134 people were read aloud Tuesday morning in front of the Temple Police Department, with each being an officer around the state who has died over the past two years.

The Bell County Peace Officer Memorial is an annual event, held each year at one of the county’s several law enforcement agencies on the Tuesday of National Police Week.

Temple Police Chief Shawn Reynolds said the officers who gave their lives, their families and their agencies are owed a debt of gratitude for their sacrifice and service.

“We took time today to remember and read the name of every single officer who died in 2019 and 2020, so it was a powerful moment,” Reynolds said. “They were important, not because of their job, but because of the impact they had.”

Officers honored by the event included Bell County Deputy John Rhoden, who died in April 2020 during a pursuit while deploying tire-deflating spike sticks on Interstate 35.

Temple spokesman Cody Weems said that while the event was not private, officials decided not to publicize it to the public for safety concerns.

“Given the large number of officers expected to attend, limited space, and COVID-19 recommendations, the decision was made to not publicly promote the event,” Weems said. “Attendees mostly consisted of local law enforcement.”

The lack of notice about the event did cause some confusion, with at least one resident calling the Telegram about a SWAT vehicle blocking the road.

Shots, which were heard in downtown Temple, were fired in salute of the fallen officers.

Weems said the city did not announce the street closures due to them being small and not impeding residents’ ability to get to specific locations.

Davis said he was honored and humbled to talk to all those gathered at the event, looking out at all those who have sacrificed so much for others.

Davis said that for him, who works a normal job most of the time, looking at those families who have lost time with their loved ones and officers, who spend their weekends and holidays protecting others, was special.

“I am an 8 to 5 guy, so I get to enjoy holidays and family celebrations and things like that, it is easy because of my schedule,” Davis said. “But those officer men and women of the police force are working nights and holidays, things when you and I are typically not working, they are out there doing their job. It is easy to forget about them but they are there all the time, ready to serve and protect.”