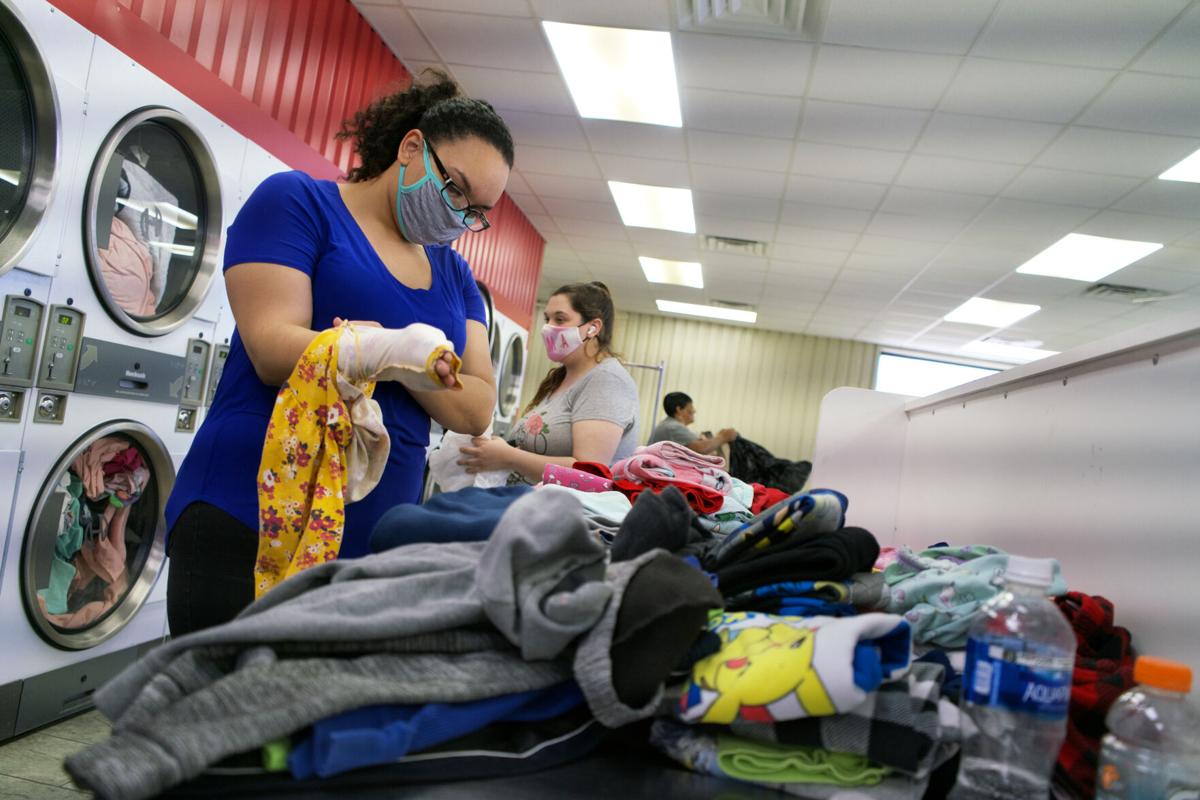 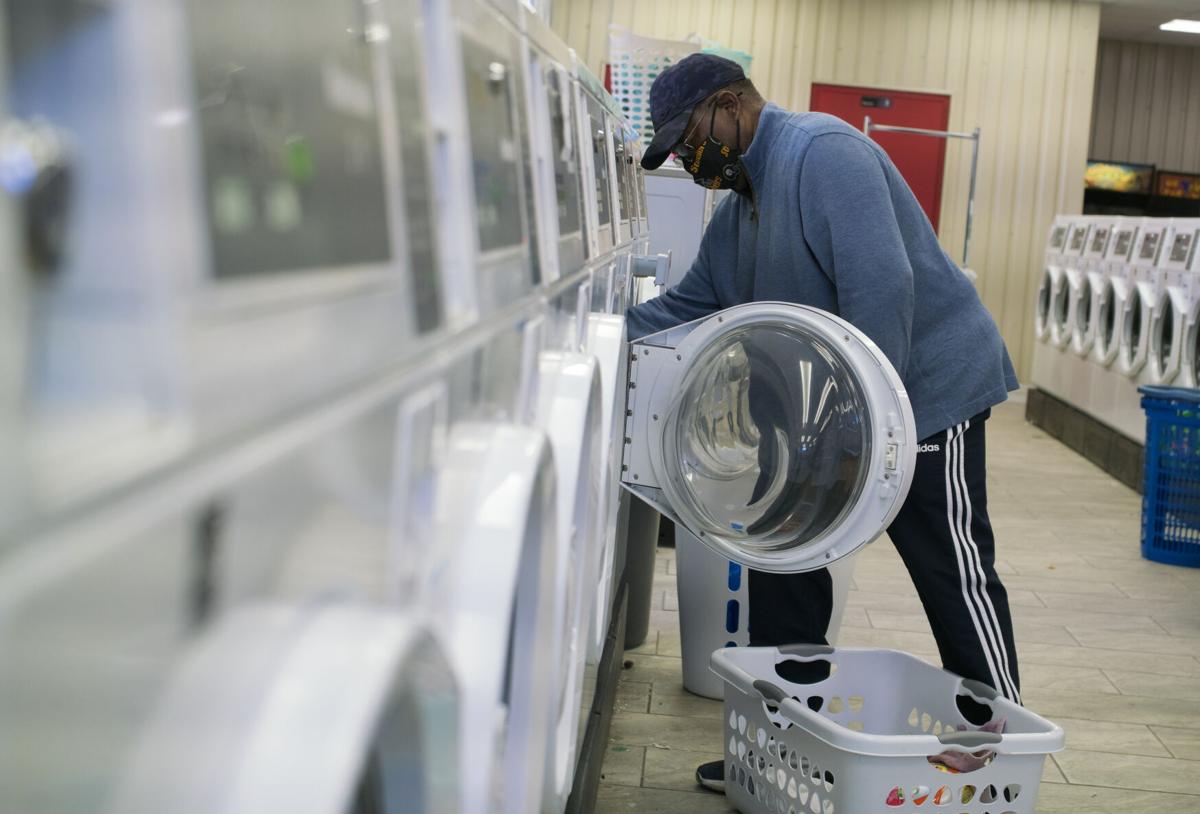 Temple resident Bill Moore, 86, Tuesday unloads a basket of clothes into a washer at Coin Laundry/Launderia, 1601 E. Adams Ave. The city of Temple rented the facility so residents could wash their clothes for free.

Temple resident Bill Moore, 86, Tuesday unloads a basket of clothes into a washer at Coin Laundry/Launderia, 1601 E. Adams Ave. The city of Temple rented the facility so residents could wash their clothes for free.

Natashia Wesley briskly pulled a shirt out of a basket. She folded it and neatly laid it onto a growing pile of clothes stacked on a stainless steel table.

Laundry can be a laborious chore, but the Temple resident had no complaints about it Tuesday. It was the first time she had done the task in almost two weeks since the recent winter storm caused her entire apartment complex to be without water.

And it didn’t cost her a single quarter.

The city of Temple on Tuesday paid for residents’ laundry — and even gave them detergent and fabric softener — at Coin Laundry/Launderia, 1601 E. Adams Ave. City spokesman Cody Weems said hundreds of residents were able to do their laundry Tuesday.

“Our laundry was backing up really quickly. I have three kids at home. And my husband’s. And mine,” Wesley, 32, said. “We’re grateful. It’s so helpful.”

City spokeswoman Emily Parks said this was one of the unique ways Temple wanted to help out its residents.

“Many residents were left without access to water in their homes due to damage caused by the storm,” Parks said. “One of those needs we identified was the fact that many residents were unable to do laundry at their homes, so we wanted to find a way to provide that service for them.”

Wesley, who lives at Village at Meadowbend, has been without water for more than five days. Her family will have to wait longer before they have water again.

“They are trying to fix it. But the pipes are probably not going to come on for anywhere from a couple of days to a couple of weeks,” the mother of three said, adding she has bought bottled water, taken her kids to her mom’s house for a proper bath and her complex has a tank of water that residents can use.

“It has truly been a community effort, and we’re grateful the city of Temple can be the conduit to help connect residents with these services,” the spokeswoman said.

Temple will pay $2,000 — $1,000 a day to rent each facility — to give residents this much needed respite, according to the city. The cost will likely be covered by any disaster recovery funds the Federal Emergency Management Agency offers to local governments, Parks said.

Temple resident Bill Moore, 86, was busy unloading three baskets worth of clothes into a trio of washers.

“I haven’t washed in about seven days,” he said. “This means a lot.”

Moore has been without water for three days. He’s been relying on his neighbors for water and using bottled water.

“It’s wonderful,” he said of the city paying for his laundry. “I’ve been without water for a few days, and it does make a difference. You never know (what life is like) until you’re without water.”

Wesley planned to do laundry at Wavemax Wednesday.

“I left mine and my husband’s at home, but they told me they’re going to be at another tomorrow so I figured I could come out and do that one with ours,” she said. “I just want to make sure the kids’ were done.”