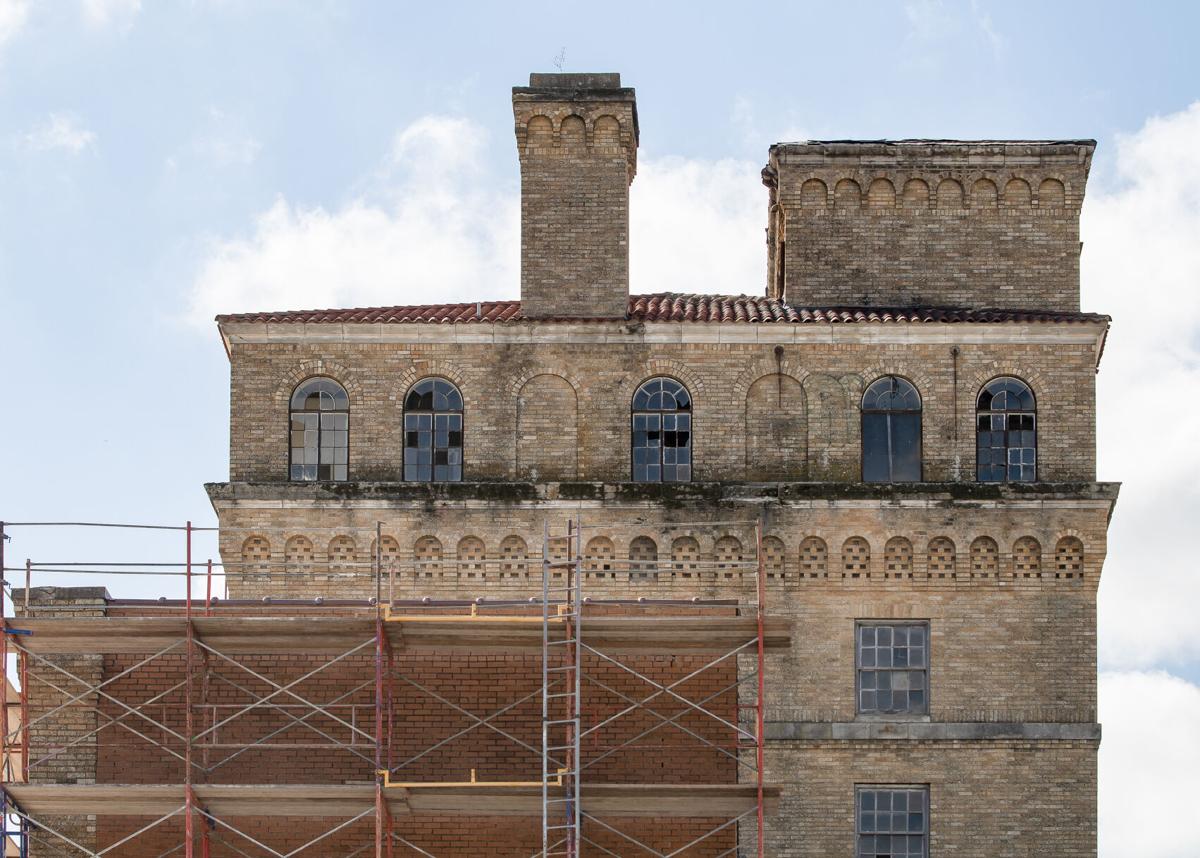 Scaffolding is set up at the Hawn Hotel in downtown Temple as renovation work begins. 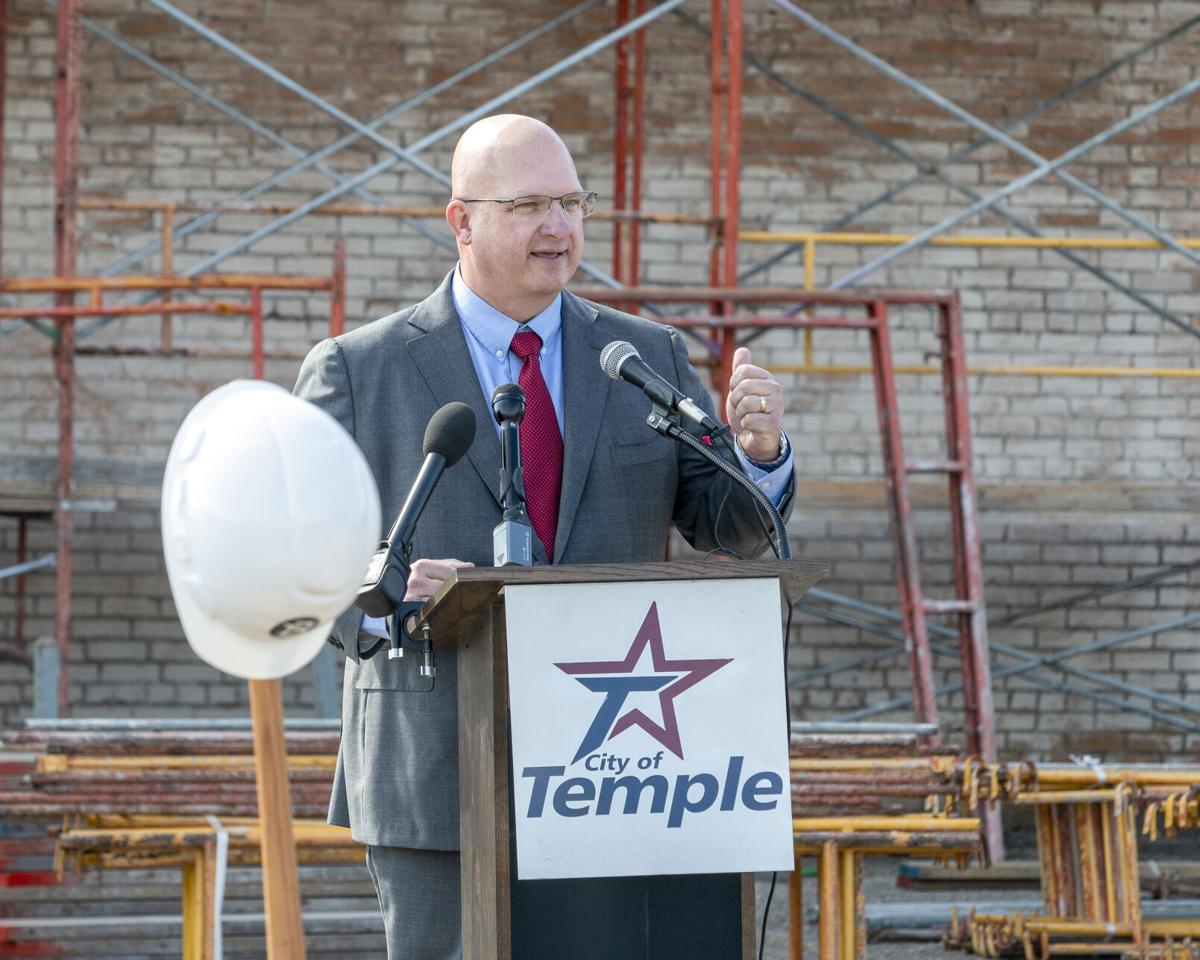 Temple Mayor Tim Davis talks about the redevelopment of the Hawn and two adjacent building on Wednesday.

Scaffolding is set up at the Hawn Hotel in downtown Temple as renovation work begins.

Temple Mayor Tim Davis talks about the redevelopment of the Hawn and two adjacent building on Wednesday.

On Wednesday, Parker was joined by nearly 100 other area residents at her former stomping grounds — not just to reminisce, but to welcome in a new era for the Arcadia Theater, Hawn Hotel and Sears Building.

Turner Behringer Development is staged to renovate more than 77,000 square feet at the site.

About 32,000 square feet in office, retail and restaurant space also will be constructed along the first floor of the former Hawn Hotel and Sears, while the Arcadia Theater will return as a community gathering space.

“The Arcadia will be transformed back into a 621-seat multi-purpose event and concert venue,” Garza said. “Our goal is to host concerts, and to be a community center for different groups here in Temple.”

Although Parker was sad to see the Arcadia Theater remain vacant for more than a quarter-century, she is looking forward to seeing the 18-month project completed in 2023.

During the groundbreaking ceremony, she brought a photograph of Roy Rogers and his trusty horse Trigger during their visit to the Arcadia Theater in 1943.

“I was just a baby at the time, of course, but I wonder how many people remember that day,” Parker said.

Turner Behringer Development — the second group to attempt to renovate the three buildings — understands the importance of those memories.

“We want you all to understand that even though we’re renovating these buildings, our goal is to make sure that we bring a lot of these memories back to life,” Garza said.

“The city of Temple has spent millions of dollars downtown, and as far as I’m concerned … this downtown is not finished until this project is finished,” he said. “We believe that (Turner Behringer Development) is the team to do it, and from the bottom of my heart I thank you guys for taking this eyesore in Temple, Texas, and turning it into the icon that it can be.”

Temple City Council recently approved more than $17.1 million for the construction of two new parking garages in the city’s downtown — an investment that officials believe will complement ongoing downtown developments.

The first of the two garages will be on Fourth Street at its intersection with East Central Avenue, opposite the Hawn Hotel, while the second garage will be at the intersection of First Street and Avenue A.

“I think it is going to be a whole new downtown actually,” Judy Morales, the mayor pro tem whose Council district includes the two garages, said in October. “I have lived in Temple all my life and there was a period where there was not much going on downtown. But now, due to the investments of a lot of private businesses and city partnerships, I think it is making a big difference.”