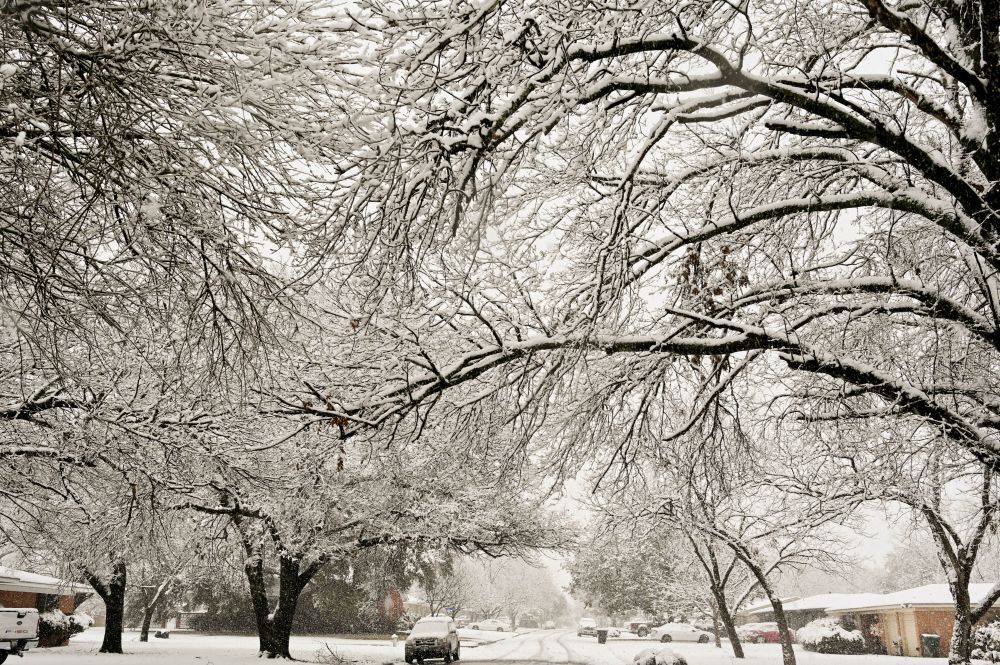 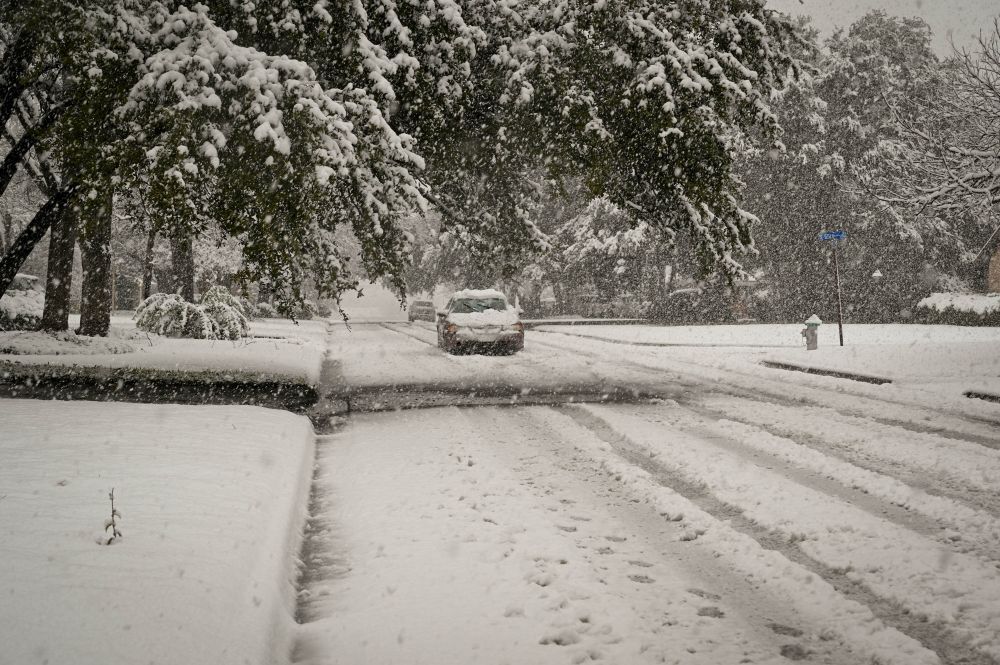 A car drives on a snow covered street Sunday in South Temple.

A car drives on a snow covered street Sunday in South Temple.

The Bell County Sheriff’s Department issued a travel advisory siting deterioration of road conditions throughout the county. Multiple roads were seeing ice formation, with bridges and overpasses already icing.  The advisory recommends staying home and avoiding travel as much as possible.

The National Weather Service estimated the cumulative amount through this morning at 5½ inches.

“What’s happening is an upper level disturbance or low that’s currently moving over us,” Allison Prater, meteorologist with the NWS in Fort Worth, said Sunday afternoon. “Also there is a surface flow that has formed in South Texas, and the way it’s moving it’s keeping us from getting any of that warmer air from the Gulf. That’s why we’re going to stay on that cold side.”

The system has the capability of producing heavy snow bands, she said. These are unpredictable areas of heavy snowfall that would more likely be east of Temple early this morning, she said.

With the snow accumulation and the temperature in the upper 20s Sunday night, she said, there is the possibility this morning of snow pack and water freezing, which could impact travel. Texas Department of Transportation crews pretreated state-operated bridges and overpasses ahead of the winter storm, TxDOT spokesman Jake Smith said Friday.

Bobby Ott, superintendent of Temple Independent School District, said all district schools will be closed Monday because of the weather. Belton ISD was also cancelling class Monday according to the district's website.

While Belton ISD classes and extracurricular activities are canceled, spokeswoman Elizabeth Cox said the planned board meeting can be held via video conference if not in person

Bell County offices will be closed on Monday. Offices are expected to resume normal operations on Tuesday,

Karen Clos, spokeswoman for Texas A&M University-Central Texas in Killeen, said Monday’s campus opening will be delayed until 10 a.m. due to snow and ice conditions. No in-person classes are currently being held, she said.

Killeen ISD also has made the decision to cancel all classes and close district buildings Monday, said Taina Maya, spokeswoman for KISD. Extracurricular activities and district meetings will be canceled as well. All regular activities are set to resume Tuesday.

Killeen had 173 outages with a restoration time unknown by press time. Bruceville-Eddy had 98 outages set to be restored by 6:30 p.m. Cameron had 104 outages and Rockdale 131, with both to have power restored by 6 p.m.

Tonight the temperature will fall back down into the upper 20s, Prater said. On Tuesday and through the rest of the week, the high temperatures should be in the upper 50s and lower 60s. Overnight it should warm back up into the mid to upper 30s and maybe the low 40s.