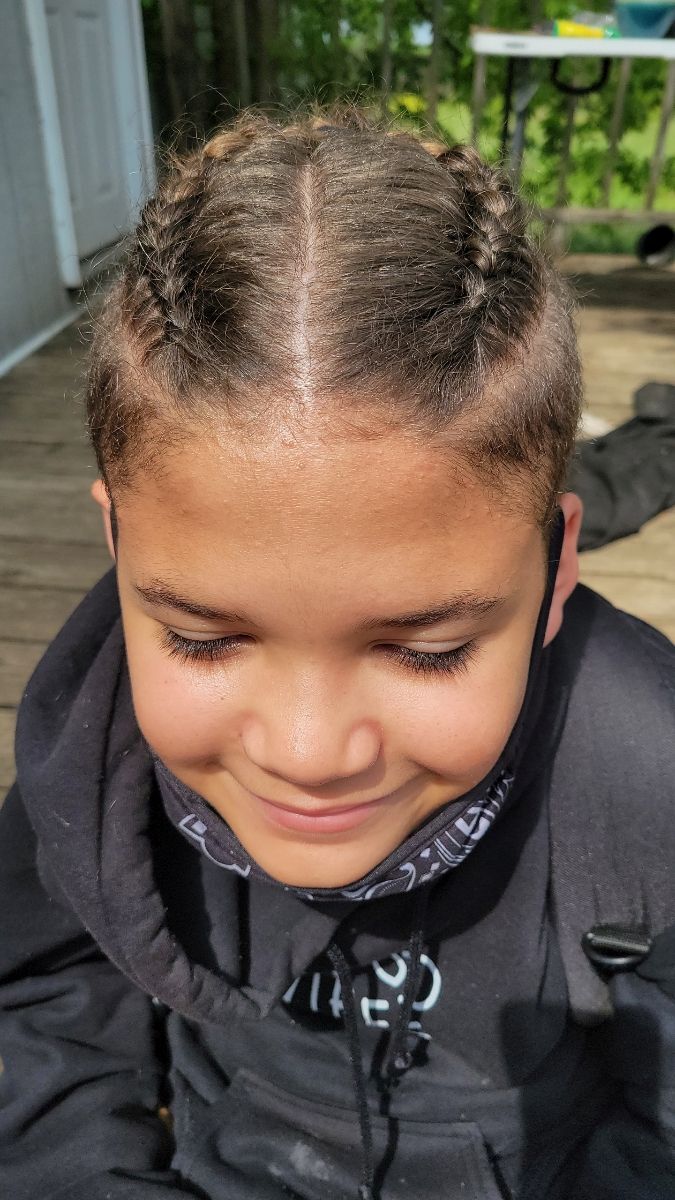 Maddox Cozart spent 12 days in in-school suspension at a Troy ISD campus over his hairstyle. 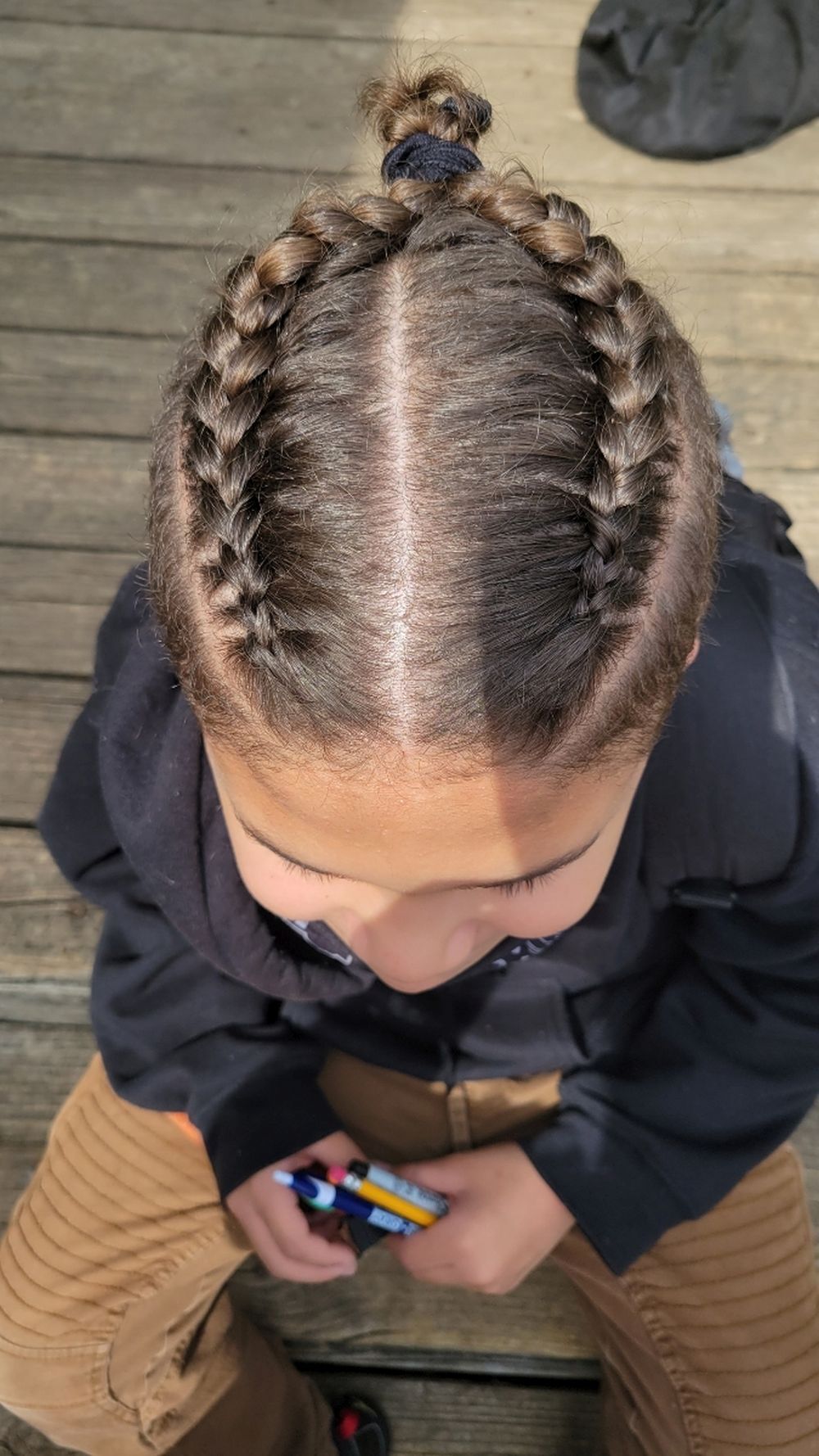 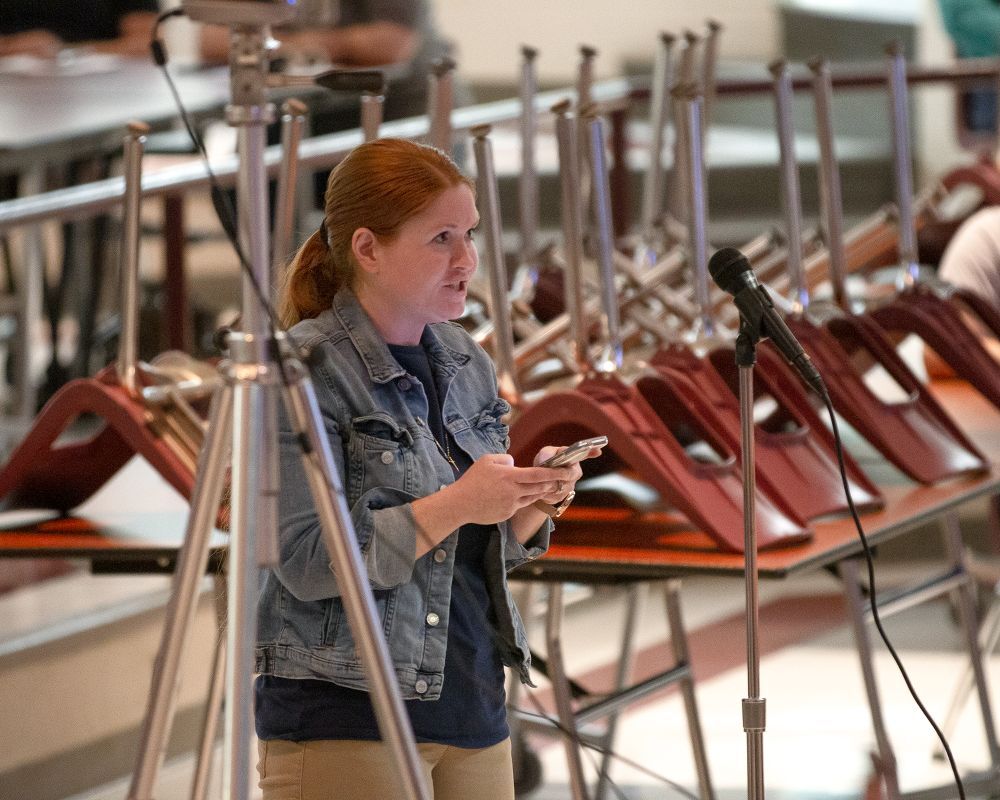 Hope Cozart calls for the Troy Independent School District to amend its dress and grooming code policy during a board meeting on Monday.

Maddox Cozart spent 12 days in in-school suspension at a Troy ISD campus over his hairstyle.

Hope Cozart calls for the Troy Independent School District to amend its dress and grooming code policy during a board meeting on Monday.

Raymond Mays Middle School had deemed the sixth-grader’s choice of hairstyling — two braids that laid down in the back — was against the campus’ dress and grooming code. Each day he did not adhere to the student handbook, he was sent to ISS.

“He was excited to get back to class,” Hope Cozart, Maddox’s mother, told the Telegram Friday. “He said, ‘It’s dumb that I’m in ISS for my hair, mom. I’m just ready for summer.’”

Maddox is biracial. His father is black and Maddox decided to explore the different hairstyles that many black men wear — a choice Cozart said her son made because he wanted to be like his dad.

“A lot of kids express themselves in their culture through their hair. By having these rules in your dress code, it makes it hard for anybody to be an individual and to express their culture without being disciplined for it,” Cozart said at a Troy ISD board meeting Monday night.

But, Cozart told the Telegram that campus administrators reversed their decision during school on Wednesday.

“He went to ISS for a little bit but then they pulled him out after three separate people examined his hair … which was just the braids and the bun in the back ... just like normal,” Cozart said. “They said because it laid down in the back that it was OK. But if it does not continue to lie down in the back, he will be placed in ISS. So no changes have truly been made.”

In September 2020, the American Civil Liberties Union Foundation of Texas sent a letter to Troy ISD informing the school district that its dress and grooming code contained provisions that appeared to be unconstitutional.

“The U.S. District Court for the Southern District of Texas determined that a public school grooming code, requiring male, but not female, students to wear short hair unconstitutional,” the letter said. “In De’Andre Arnold v. Barbers Hill Independent School District, the court found that gender-specific grooming codes violate the Equal Protection Clause of the 14th Amendment to the U.S. Constitution.”

In August, the Texas Association of School Boards — a nonprofit organization — also revised its guidance to comply with federal laws.

“TASB recently revised its dress and grooming code guidance in August of 2020 to comply with federal law,” the ACLU’s letter said. “TASB’s revised policies encourage Texas school districts to ‘collaborate thoughtfully with parents from diverse backgrounds in setting grooming standards’ and warn that ‘(in) light of the evolving law, districts may want to consider having a dress code that does not make distinctions on gender.”

The Student Code of Conduct, adopted by the Troy school board members, was developed with the advice of the district-level committee, according to the district. It remains in effect during summer school and at all school-related events and activities outside of the school year until an updated version becomes effective for the next school year.

Troy ISD is slated to determine if any amendments to the Student Code of Conduct will be necessary before classes begin for the next academic school year.

“I cannot comment on a specific student in regard to dress code enforcement,” Troy ISD Superintendent Neil Jeter said Friday. “As previously planned, the Troy ISD dress code will undergo a formal review prior to the 2021-22 school year.”

Although Cozart is happy that the school district is willing to improve, she questioned their motive.

“Superintendent Jeter asked me if Maddox wanted to be a part of the student committee that helps vote on (the dress and grooming code),” Cozart said. “But we declined because my children will not go to school in Troy ISD next year. They’re working to be better, but are they doing it because they want to truly make a change ... or are they doing it because everyone is looking at them right now?”

The Cozart family will travel to Austin this weekend to speak with state representatives about House Bill 38 — legislation more widely known as the “CROWN Act.”

The legislation, which stands for “Creating a Respectful and Open World for Natural Hair,” was introduced by state Rep. Ron Reynolds, D-Missouri City, on Feb. 25.