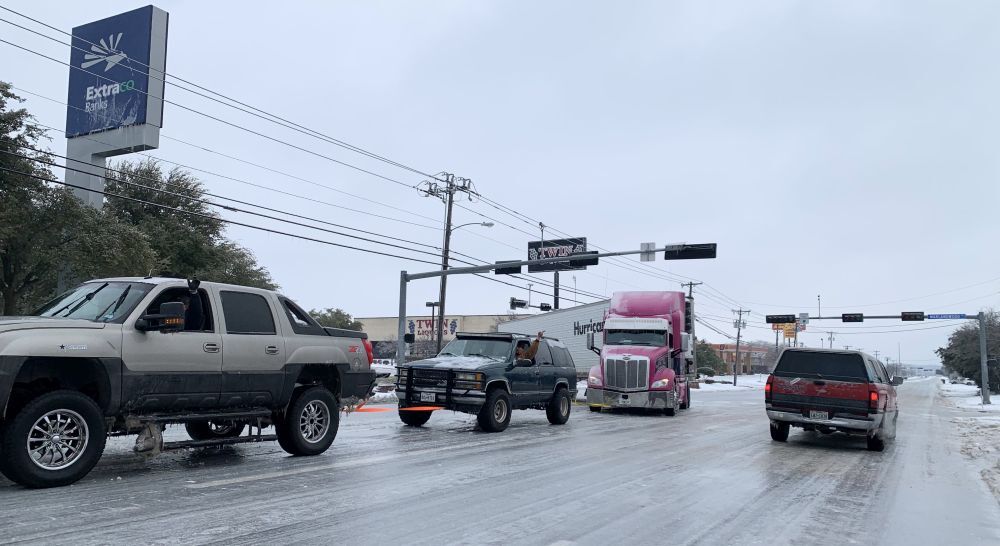 Good Samaritans assist an 18-wheeler Wednesday by pulling it out of the intersection of Marlandwood Road and South 31st Street in Temple. 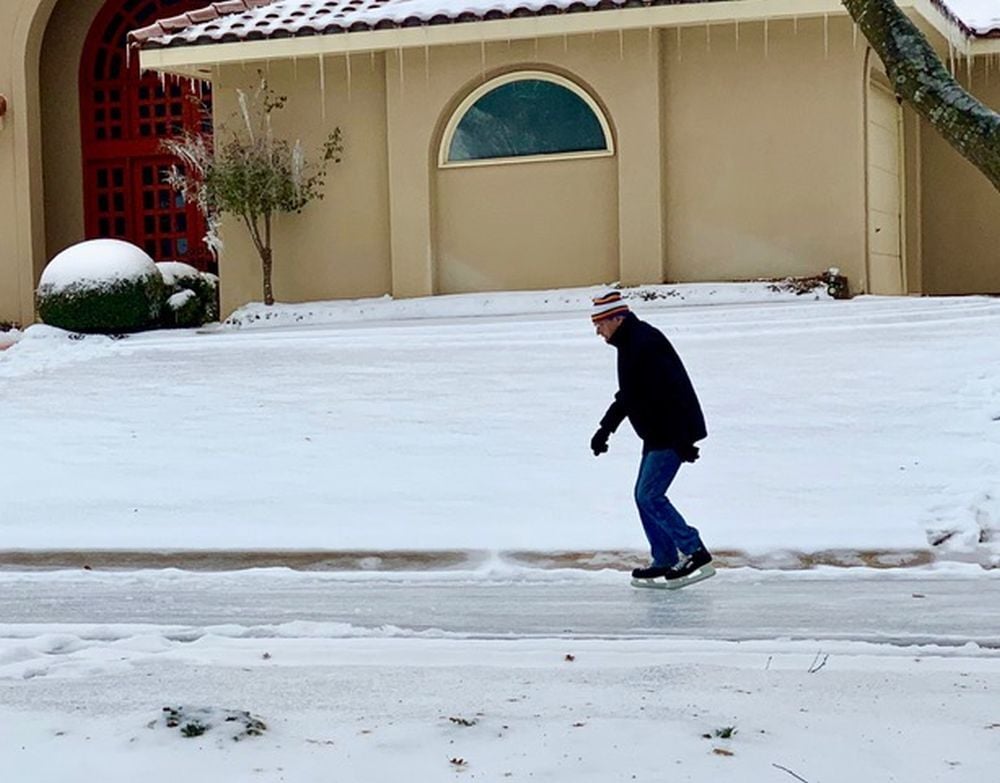 Good Samaritans assist an 18-wheeler Wednesday by pulling it out of the intersection of Marlandwood Road and South 31st Street in Temple.

A hard freeze warning continued to be in effect for Bell County and surrounding areas Thursday. But warmer temperatures, at least during the day, are expected to come starting Friday to break the region out of its frozen, tundra-like state.

Temperatures Thursday morning reached as low as 24, with a wind chill of 9, according to the National Weather Service.

While still warmer than temperatures recorded earlier this week, it did not mean residents’ situations improved. Thousands are still without power. Others are without water after their pipes froze in their homes or failed, as they did at the Bell County Jail. Roads are still dangerously icy.

At least 18,470 residents still lack electricity to keep their homes warm, according to Oncor Electric Delivery. Oncor previously reported more than 35,590 residents did not have power on Wednesday.

Many of those residents have gone without electricity for days. Temple area resident Kevin Koonce had been without power for more than 50 hours Wednesday. His thermometer read it was 49 inside.

He’s been keeping warm by using his fireplace. His wife, Summer, and three kids have been staying at a family friend’s home that has had power throughout the winter storm.

“I did not want to leave my home just in case something bad happened like a burst pipe or something, so I am riding this out,” he said.

No water at jail

Around 1,068 people incarcerated in the Bell County Jail are without water service after a line failed Wednesday, officials confirmed to the Telegram.

Bell County Judge David Blackburn said jail staff are handing out water bottles to inmates and have set up portable toilets so people at the facility can use the restroom. Additionally, water stations have been set up so inmates can use a cup to get water, Blackburn said.

The county government is working with the city of Belton, the jail’s water supplier, to get water flowing again. Belton spokesman Paul Romer said water pressure is a problem at the jail, 1201 Huey Drive.

“We’re still trying to identify the root cause of it so it can be addressed,” Romer said

Blackburn did not know the exact cause of the failure, but suspected it was caused by the subfreezing temperatures.

“The cause of the failure, which resulted in minimal water and minimal water pressure to the Loop Jail, is still under investigation at this time,” Blackburn said in a statement. “We have county maintenance staff on scene assessing the situation. We’ll continue to be on scene until the problem is resolved.”

Frozen pipes inside homes and apartments have been reported throughout the area.

“If you have a water leak or burst pipes, turn off the water at your main if you are able to. If you need assistance shutting off your water, call the Utilities Department at 254-298-5611 or Temple Fire & Rescue at 254-298-5682,” the city of Temple told residents in a Facebook post.

The city of Temple has stressed its water supply is operational and that it is not shutting off service nor is the city under a boil water notice.

“City crews and contractors are working around the clock, responding to water leaks and water main leaks around town,” the city said.

Some Temple residents may see discolored water when they turn on their faucets, the city said. If that happens, city officials said to let it run until it is clear.

“The discolored water is caused by minerals in the pipes and usually show when water mains are isolated for leak repair,” the city said. “The water is safe, but crews are unable to flush lines with current conditions.”

Icy roads continue to plague the region. Streets inside Temple and Belton as well as the Texas Department of Transportation-maintained Interstates 35 and 14 had up to half an inch of ice coating the thoroughfares.

“Please stay off the roads — conditions are icy and dangerous, even for skilled drivers and capable vehicles,” Temple spokeswoman Emily Parks said. “If you must leave your home, avoid taking I-35. The interstate was brought to a standstill after multiple crashes overnight and today.”

Sgt. Bryan Washko, a Texas Department of Public Safety spokesman, said late Wednesday a crash in Georgetown on southbound I-35 backed up traffic for about 20 miles to Salado. DPS had to shut down the highway, he said.

“Road conditions are near impassable as the melted ice has once again frozen over our roadways,” Washko said.

“The roadways have deteriorated significantly,” the Belton Police Department announced. “Most roadways, highways and services roads are impassable. The roads are littered with disabled vehicles because it’s not safe to send wreckers out. Please stay where you are if you can.”

TxDOT is helping place sand on Temple roads, but it is a slow process because both entities have had equipment problems.

“City transportation crews are shoveling sand manually at priority areas in the city, including entrances to warming stations, hospitals and high-travel intersections, as our city trucks are out of service due to unavailable parts,” Parks said.

The dangerous road conditions caused Temple to back away from its plan to resume garbage collection on Thursday. It has been canceled until further notice, according to the city.

“After careful consideration, we have concluded it is not safe to resume solid waste collection today,” the city of Temple said. “It is not known at this time when we will be able to safely resume collections, but you can receive real-time updates by visiting templetx.gov/solidwaste as they become available.”

It asked customers, both residential and commercial, to conserve energy.

“As demand for energy remains at unprecedented levels due to historically cold temperatures, suppliers continue to experience challenges with supply and delivery that limit the amount of natural gas Atmos Energy can deliver to its customers,” a statement from Atmos said. “Even as the weather warms and producers are working to bring on more supplies, it remains important that all residents and businesses continue to be vigilant in their conservation efforts.”

“We know that many residents have faced significant hardships over the past few days and we don’t want to add to the burden, but limiting natural gas consumption is critical right now,” Belton told residents in a Facebook post.

AUSTIN — Power was restored to more Texans on Thursday, with fewer than a half-million homes remaining without electricity, but many still wer…