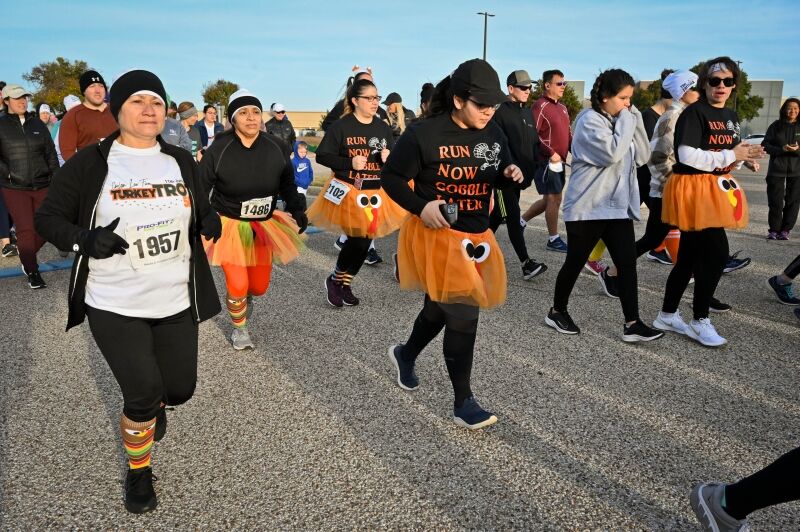 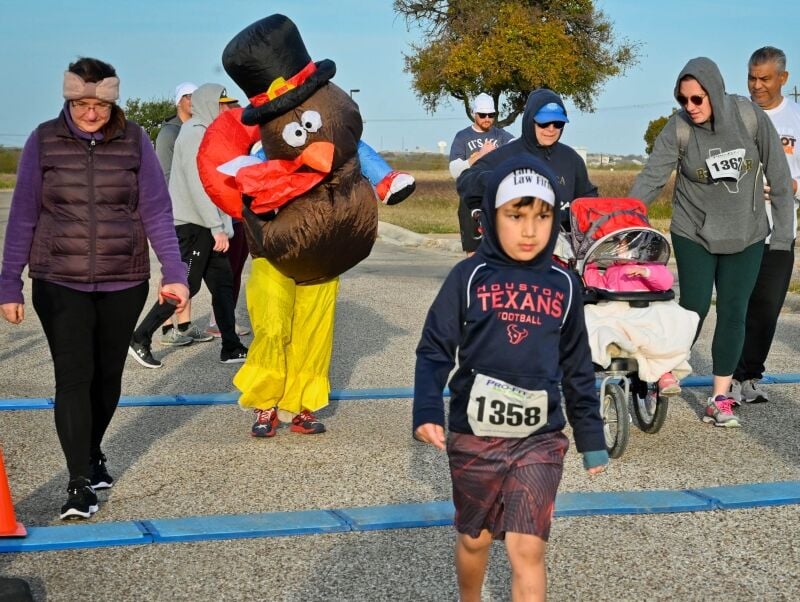 Runners of all ages, some wearing costumes, participate in this year’s Turkey Trot 5K on Thursday along Pepper Creek Trail in Temple. 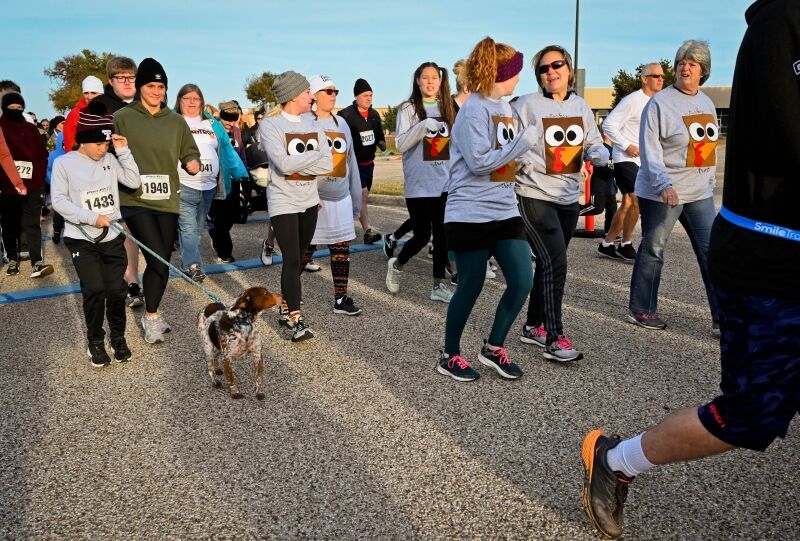 Runners of all ages, some wearing costumes, participate in this year’s Turkey Trot 5K on Thursday along Pepper Creek Trail in Temple.

Hundreds of runners braved the cold winds Thursday morning to celebrate Thanksgiving with a Turkey Trot.

“We started this event to give our local folks something to do on Thanksgiving morning,” she said. “Everybody tends to overeat a little bit, so this allows them the guilty pleasure of doing that. They can come and get some exercise in and then spend the rest of the day with their families.”

Keith Esquivel and Carmen Davila woke up early to make the race and test the couple’s friendly competition.

“We’re an active couple who’s always working out together,” said Esquivel. “This is fun, and it’s Thanksgiving, so why not. We’re competitive with each other, so we drive each other to do stuff.”

Ashley and Joe Pagan did not look too excited to be at the race but said they took the challenge since they started taking better care of their health and exercising.

Jessie Marshall and her family joined the run to get a workout.

“We did it a while ago, and it was fun, so we decided to try it again,” she said. “We run for exercise.”

Melissa Mikeska, who said she usually walks for exercise, joined the Marshals for the Turkey Trot before a large family gathering.