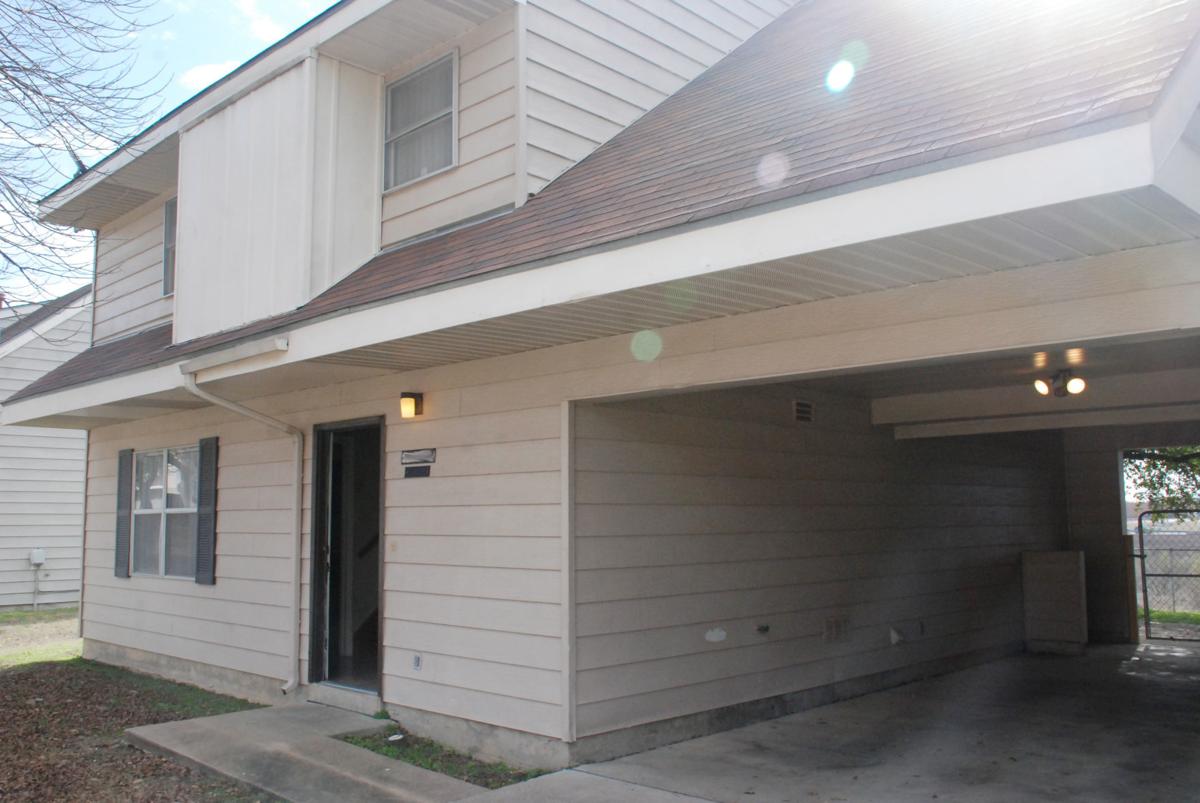 A town hall-style community engagement on Fort Hood family housing Thursday, Feb. 22, 2019, brought to light many concerns with mold in on-post housing used by soldiers and their families. 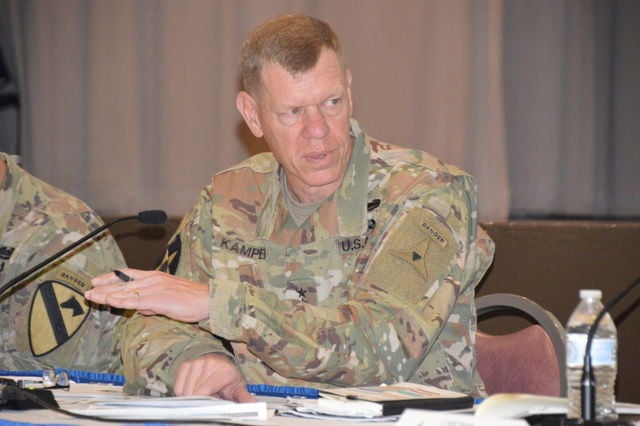 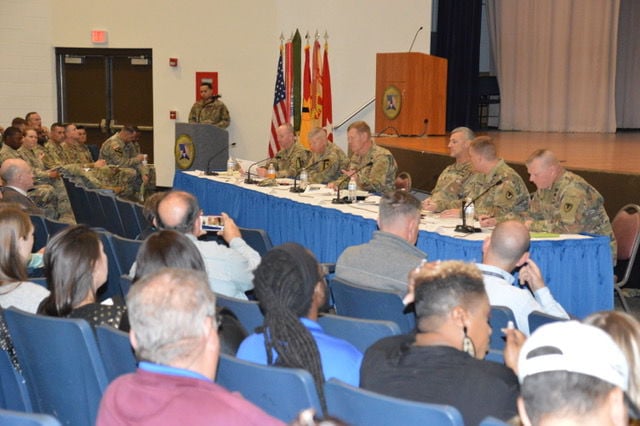 The Fort Hood command team addresses the public with updates during the town hall meeting at the Howze Theater on Fort Hood Thursday morning.

A town hall-style community engagement on Fort Hood family housing Thursday, Feb. 22, 2019, brought to light many concerns with mold in on-post housing used by soldiers and their families.

The Fort Hood command team addresses the public with updates during the town hall meeting at the Howze Theater on Fort Hood Thursday morning.

Wesbrock also mentioned an additional Army Resident Satisfaction Survey that Fort Hood residents can expect via email from ArmyHousingSurvey@celassociates.com in the following week. The survey is supposed to help identify ongoing housing issues and the residents’ priorities.

“To improve the housing situation … is a team effort,” said III Corps deputy commander Maj. Gen. Kenneth Kamper. “We are committed to move forward positively … but we still have plenty to do.”

More than 13,000 soldiers, spouses and children live in post housing, not counting soldiers who live in the barracks. Occupancy for family housing on post is 94.4%. Officials said there are 1,150 open work orders for family housing, of which 15 are considered an emergency order.

After hearing the reports from all 13 villages or housing areas on post, attending residents were able to address their questions and concerns.

“Actions speak louder than words,” said Fort Hood resident Sarah Proulx, whose family was displaced from their first home on the installation after an air quality test showed mold in the house.

“We thought it would be a safe and happy place for our son and the rest of our family,” Proulx said.

But the family soon suspected another mold-problem in the home, which was proved to be the case shortly after.

The mold problem has affected Proulx’ 5-year-old son, who suffers from asthma. Living in a mold-infested house has worsened his condition.

Other community members — some still living in hotels, others back in their homes — brought up similar complains.

“I believe the things that we hear at these meetings, they may have really good intentions behind them, but if they can’t be follow up with actions that meet the state laws, the federal guidelines and the nationally accepted industry standards for whatever the specific issue is at a home, it’s meaningless,” Proulx said.

While many residents thanked their soldier’s chains of command for their support and understanding, some trust in Fort Hood Housing officials is missing.

“We’ve got to do better than this,” Kamper said. “Every family deserves a safe place to live.”

The issue of housing safety originally surfaced in February as a national issue by then-Secretary of the Army Mark Esper.

“Today’s housing town hall was part of an ongoing process of Fort Hood leadership holding Fort Hood Family Housing, a civilian owned and operated post housing sub-contractor to Lend Lease Incorporated, accountable for providing safe quality housing for our Soldiers and their Families,” Wesbrock said in a statement following the town hall. “We have seen some progress over the last 10 months, and recognize we still have work to do and progress to be made in customer service, quality of maintenance, and communication. The chain of command for each Soldier remains actively involved in the process and will continue to do so until every issue is resolved.”

The next town hall meeting is set for March 19, 2020 at Howze Theater.