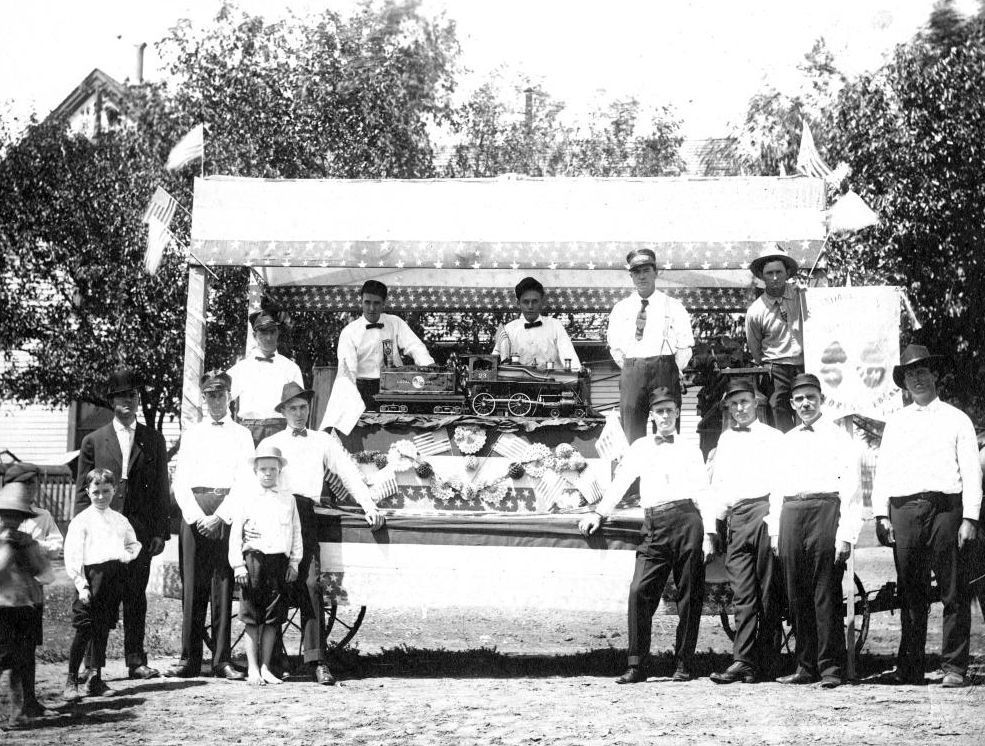 Railroad machinists stand in front of and on their float for the 1910 Labor Day parade in an unidentified city. Union workers proudly displayed their craft, promoting union membership as a way to improve workers’ conditions and benefits. 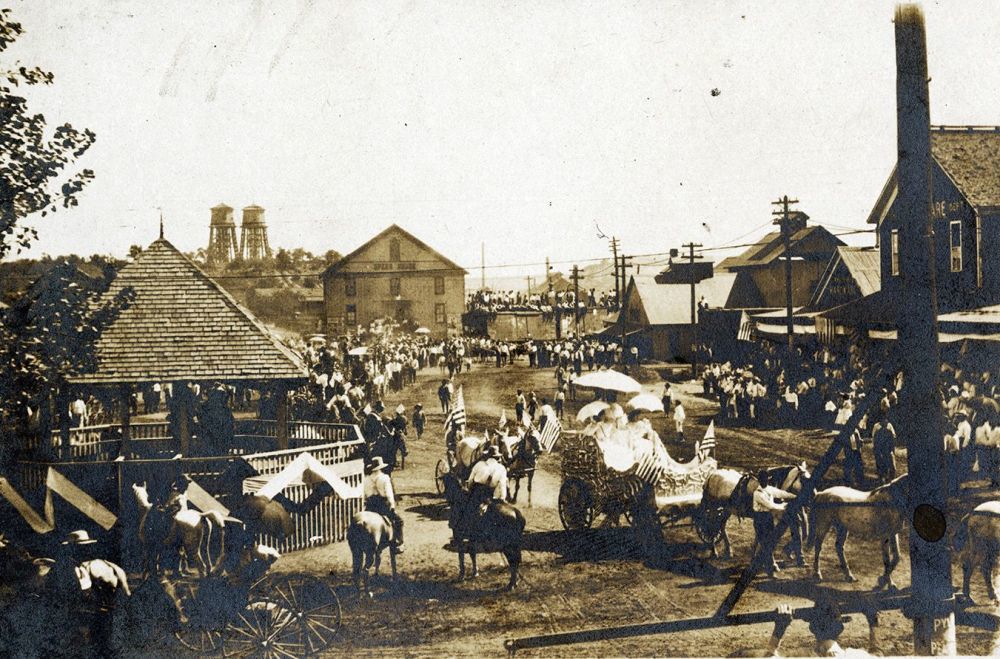 Union workers at the Thurber brick factory in 1900 celebrate with brightly decorated floats and a parade through town. Thurber brick company in Erath County produced 80,000 bricks a day, which were later used to pave Temple’s first streets.

Railroad machinists stand in front of and on their float for the 1910 Labor Day parade in an unidentified city. Union workers proudly displayed their craft, promoting union membership as a way to improve workers’ conditions and benefits.

Union workers at the Thurber brick factory in 1900 celebrate with brightly decorated floats and a parade through town. Thurber brick company in Erath County produced 80,000 bricks a day, which were later used to pave Temple’s first streets.

Medicine and Labor Day — on the surface these two topics seem to have no direct connection. The history of Bell County’s Labor Day is the story of working people and dangerous jobs.

In fact, Monday's holiday is a good time to thank the efforts of labor unions to get health care coverage and better working conditions for everyone. The mere fact that Bell County’s economy is driven in part by remarkable, nationally recognized medical centers exists, in part, due to 19th century unionized railroad workers.

Labor unions helped push better working conditions and employee safety in the late 1800s, because railroads were the leading sources of industrial accidents.

In the late 1870s, the Gulf, Colorado and Santa Fe Railway began building a line from Galveston into Central Texas, originally planning to reach New Mexico. Other railroads negotiated with its labor unions to provide medical care through vast networks of “emergency surgeons” along the tracks. The Santa Fe Railway followed that trend.

The Gulf, Colorado and Santa Fe Hospital Association was among the first to adopt a system-wide prepaid hospitalization and pension plan. By 1888, railroaders paid 25 cents monthly to cover all work-related injuries or illnesses provided the ailment was not caused by “veneral infection, contagious diseases, vicious acts or previous infirmity.”

In 1891, rail officials established a hospital in Temple on acreage at 600 S. 25th St. because of the city’s central location in the state.

The hospital had a bumpy start. The railroaders hated the wooden shack of a hospital, hated the incompetent doctors and hated being stuck in Temple. Finally, by 1892, the Santa Fe Railway hired a young physician, Arthur Carroll Scott (1865-1940), as its chief surgeon. Scott hired more physicians, including his partner Raleigh Richardson White Jr. (1871-1917); together they improved the facility and medical care and eventually opened their own private hospital in 1904.

Throughout the Santa Fe Railroad Hospital’s existence, a board consisting of union officials and railroad management oversaw business functions, while the chief surgeons handled medical care.

Unions had great impact in Central Texas, sometimes negative, but out of it came today’s Labor Day observance. In 1893, the nation was in a severe economic depression. The American Railway Union struck against the Santa Fe Railway, crippling Texas commerce, especially in Bell County.

About 300 strikers in July 1894 tied up the Galveston depot, stopping passenger trains heading to Temple and northbound points. Police and a sheriff’s posse successfully stopped the protesters, but the angry mob broke cab windows and killed crewmen guarding the engines. Operators thwarted the onslaught, and trains finally left Galveston for Central Texas.

Telegraph operators quickly warned the Temple station: Send in the Texas Rangers to protect the trains. The protests followed up the line as four Santa Fe passenger trains halted in Temple and stranded passengers. The Rangers prevailed, and the trains moved on — eventually.

The Texas troubles were part of a nationwide railroad strike that threatened to shut down the country. President Grover Cleveland declared the strike a crime and sent thousands of troops to break it. Cleveland quickly declared Labor Day a national holiday to prevent unions from organizing. The holiday was intended to show respect and honor for U.S. workers and to give them time with their families.

It worked. By 1895, the Texas Legislature passed measures that protected union labels on goods. In the 1899 session, lawmakers approved “trade associations and other organizations for the purpose of protecting themselves in their personal work … in their respective pursuits and employment.”

By the early 1900s, Temple was a union stronghold in railroad shops, construction trades and some industrial professions. Temple received attention from national union leader Samuel Gompers’ AFL-CIO movement. “Quite a number of unions are organized (in Temple) including those among railway men, barbers and retrial clerks,” reported “The American Federationist” in 1901, the AFL-CIO’s magazine. Meat cutters, boilermakers, carpenters — even laundry workers — had unions in Temple.

According to 19th century records, the average retail male employee earned $10 weekly for more than 80 hours of work, while receiving no holidays, no sick pay, no pensions and no insurance. Women fared worse. “Cash girls” — another name for female retail clerks — worked 16 hours daily, seven days a week during holiday seasons and earned an average of $2 a week.

In just a month, 25 Temple retail clerks had signed up in the union, adding their affiliation along with 17 other retail clerk locals across the state. Members fought for better wages, shorter hours and equal pay for equal work. The union became the first to establish the principle of overtime pay — an especially contentious issue for holiday workers.

Under the new agreement, a man’s workday would be 10 hours a day; women could work only nine hours daily. By April 1917, Retail Clerks Union representatives reported they signed contracts with 95 percent of Temple merchants.

Over the century, unions lost their toehold in Texas, especially since right-to-work laws were passed in 1947 (modified in 1993).

The U.S. Bureau of Labor Statistics said that in 2018, union members accounted for 4.3 percent of wage and salary workers in Texas, compared with 4.7 percent in 2017. Union membership rates in Texas have been consistently below the U.S. average.