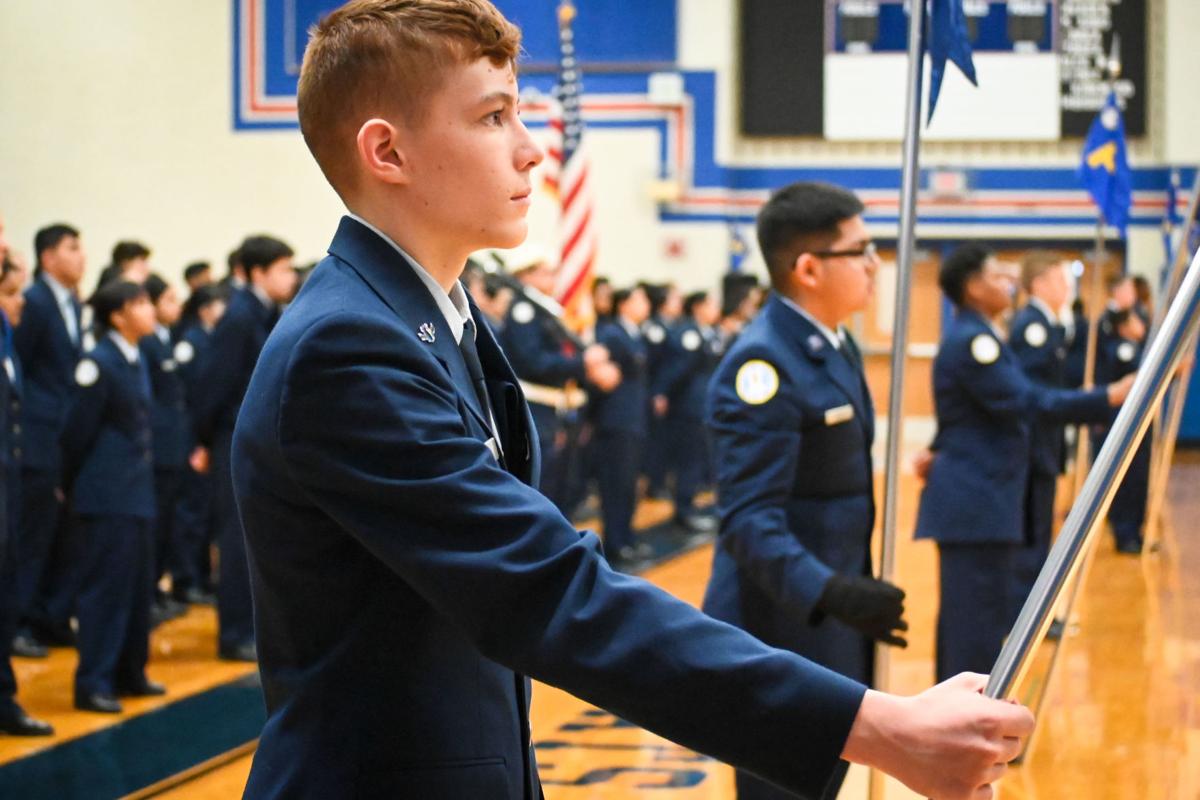 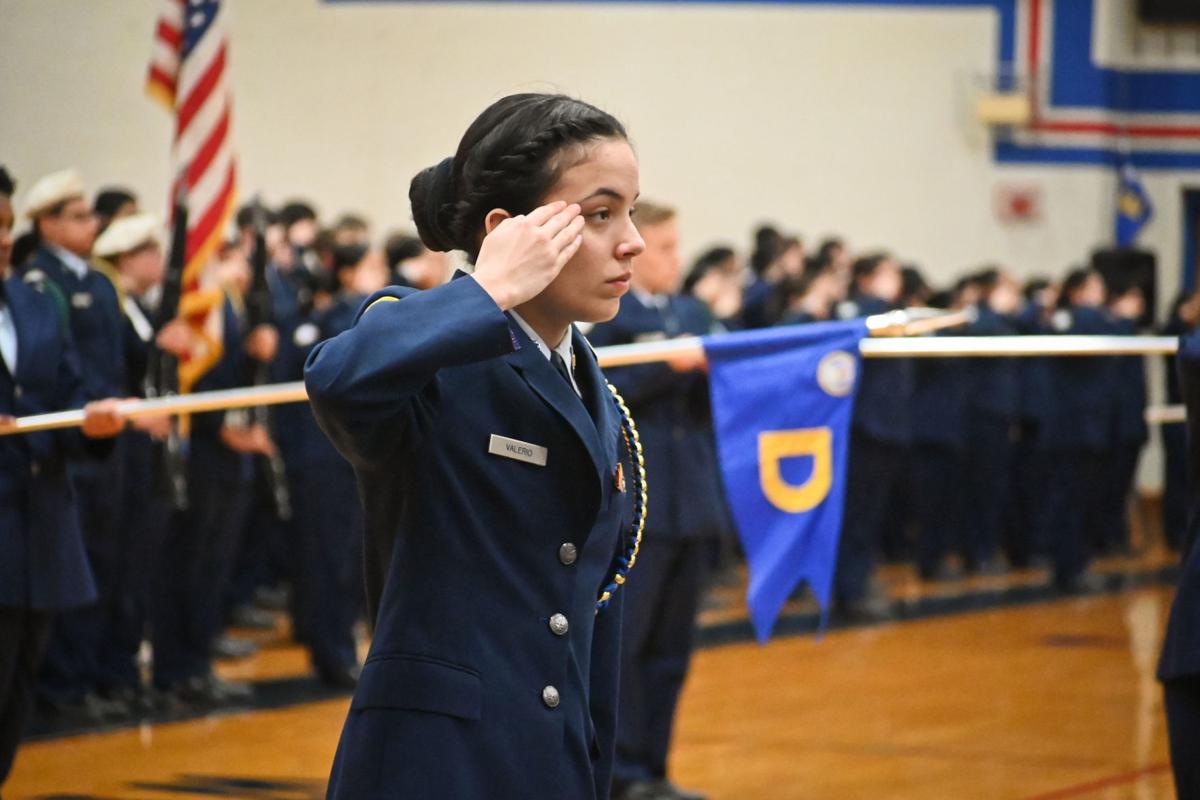 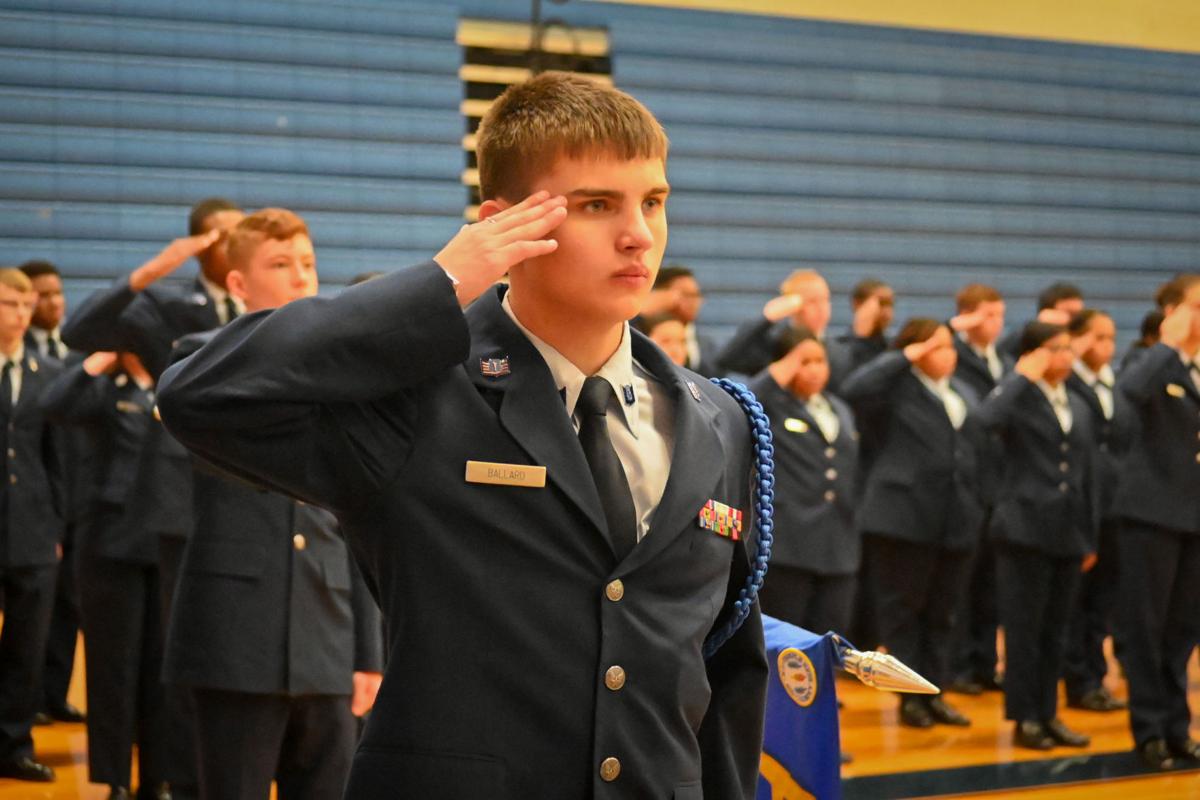 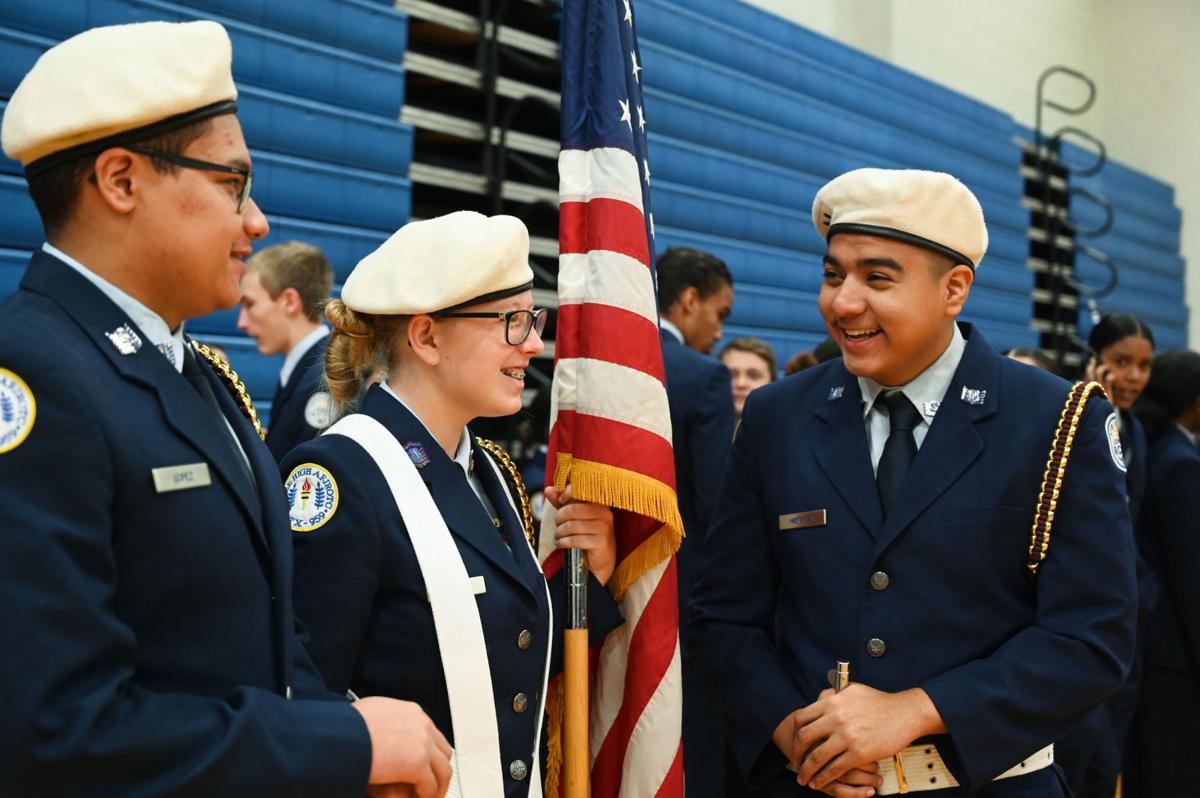 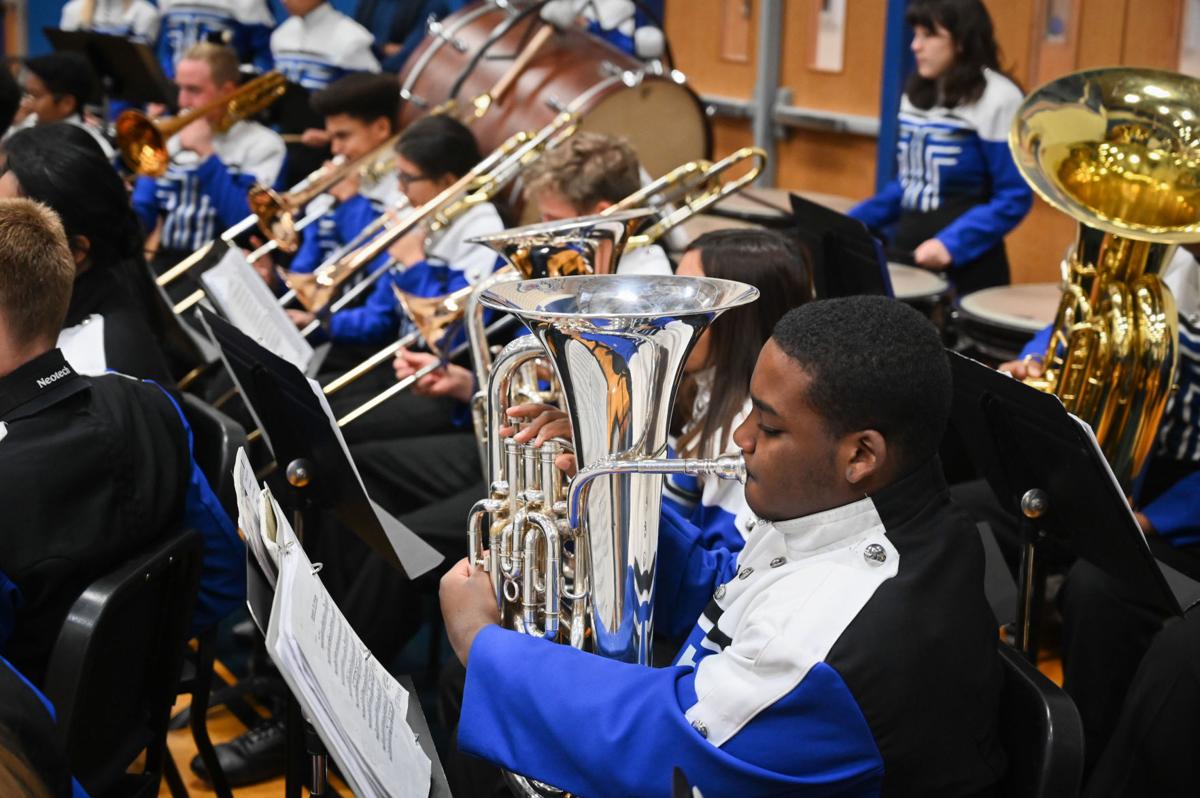 “It was a way for me and the school to honor (veterans), and being a part of the JROTC program makes it better because it’s also something that I want to do,” JROTC Maj. Cadet Davida Tobe said.

Tobe said she plans to enter the Air Force as a psychologist, and hopes more residents will attend the ceremony in future years.

“I feel like they should come out to the veterans parade because it’s mainly just family members and the school … But it’s a really cool experience, and it’s good to see that the younger people in our community are actually participating in something like this.”

“We, of course, are too young to be serving so I feel really honored to be able to do something bigger than ourselves and be a part of a family of the Corps ... and honor them today for all they do.”

The ceremony was initially scheduled to take place at Wildcat Stadium but was moved inside the school gym due to inclement weather, Temple Independent School District spokesman Christian Hernandez said.

Retired Maj. Gary Maki, an ROTC instructor at Temple High School, was he welcomed the decision to move the ceremony indoors, and JROTC instructor and Retired Master Sgt. Forest Henderson echoed Maki’s thoughts. Both Henderson and Maki touched on the students’ worries regarding the shift to the indoors on short notice, but noted how they excelled despite the transition.

“They’re more flexible than they know,” Henderson said. “We threw all these changes at them and because they trained at it enough, they were able to do a very good job. In fact, that was one of the better ones I’ve seen. Our very first concern was that it would be insignificant but it really wasn’t. It turned out to be very good.”

Henderson — a veteran who spent over 22 years in the Air Force — continued to emphasize how this year’s Pass In Review was one of the best ones in his 18 years of teaching.

“This is my 18th year teaching here and I’ve seen a lot of these come and go, but this is one of the better ones ... and this is the first time we’ve actually decided to do this in the gym,” Henderson said.

Fellow JROTC instructor and retired Senior Master Sgt. Tony Carter — a 23-year veteran of the Air Force — loves to see the work ethic his students bring day in and day out.

“I hear so much about our young people on the negative end and I love coming to work … because all the things that old people think about teenagers, they show me that it’s not true,” Carter said. “They do things with integrity … service before self. And some that come to us might not know it yet, but they leave us a much different and better person, and that’s what makes it all worthwhile.”

Carter continued his praise, noting how much work the students learn over the course of just one semester.

“A lot of the kids that you saw today had never marched, never seen a uniform, and never heard a sergeant or major making a lot of noise when they came to us,” Carter said. “They had never heard any of that before but then are able to do this just three months later … we love it.”

The recent holiday marking the end of World War 1 now called Veterans Day, Nov. 11, was not recognized by the leadership of the church that I …