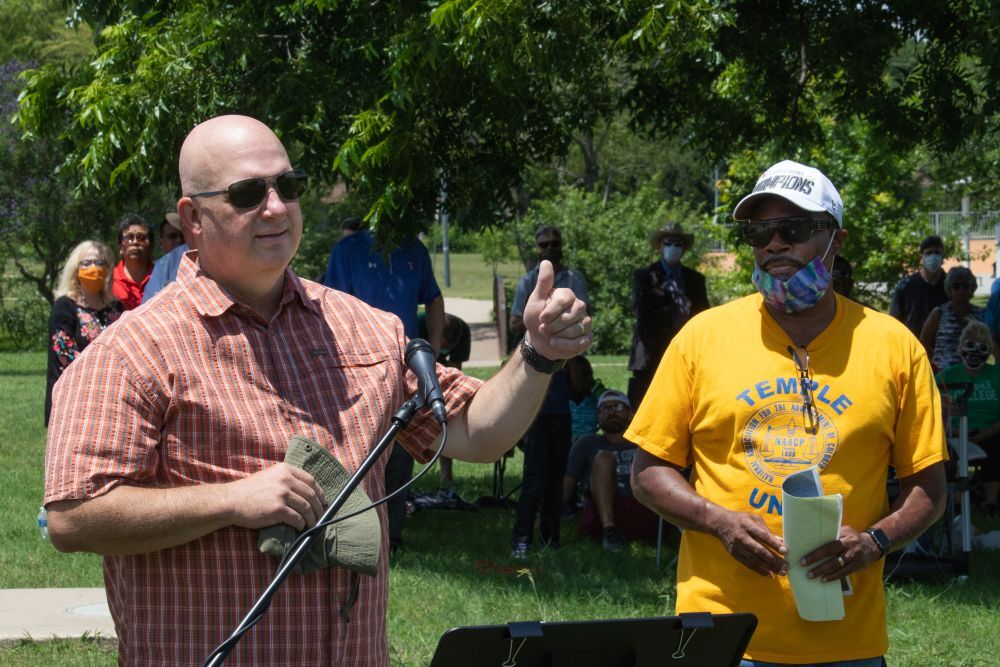 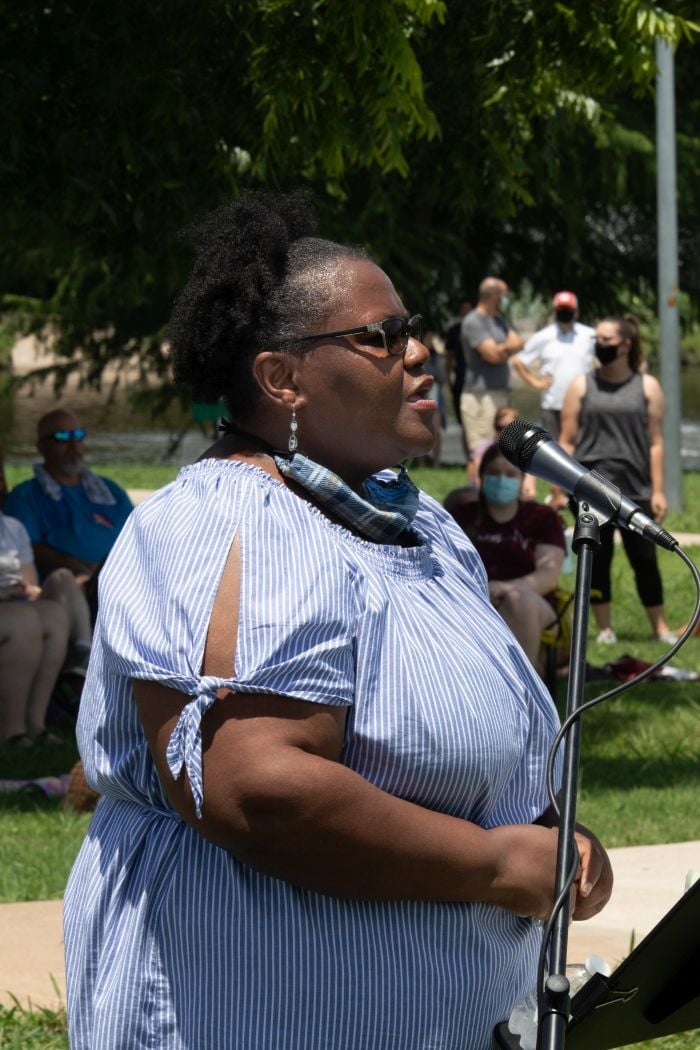 Zoe Grant performs a solo Saturday during the Solidarity and Peace prayer service sponsored by the Temple NAACP in Miller Park. 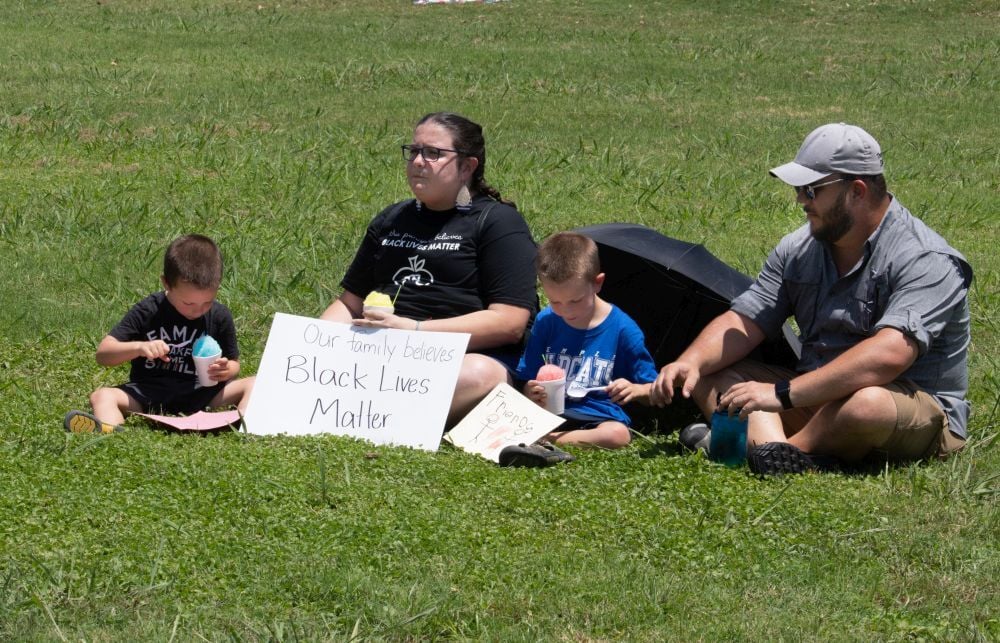 The Thomas family attends the Prayer for Solidarity and Peace event Saturday sponsored by the Temple NAACP in Miller Park.

Zoe Grant performs a solo Saturday during the Solidarity and Peace prayer service sponsored by the Temple NAACP in Miller Park.

The Thomas family attends the Prayer for Solidarity and Peace event Saturday sponsored by the Temple NAACP in Miller Park.

“There’s so much pain going on,” Bennie Walsh, president of the Temple NAACP, told those gathered for a Solidarity and Peace prayer service Saturday afternoon at Miller Park.

“Most of you know why we’re here,” Walsh said. “We’re here because there’s hurt in our nation.”

A man was choked to death in 8 minutes and 46 seconds, Walsh said, referring to George Floyd in Minneapolis. The service also lamented the deaths of Ahmaud Arbery, Breonna Taylor and Temple’s own Michael Dean.

“We’re in 2020,” Walsh said. “This should not be happening today. We should not be going backward. We need to ask God to pour down his power upon us. As a black man, I have never cried this much.”

We need to change the policy, so there is no way it’s OK for a police officer to choke someone, he said.

“What was shown to us last night … as a white guy, a lot of that wasn’t really easy to hear,” he said. “At the city leadership level, we are going to put some things in place. A lot of it is communication.”

“We see each other as brothers and sisters, but we have to build a relationship,” he said. He said he hopes this is a “line in the sand … where we begin to see change.”

The Rev. Joe Loughlin, pastor of the First Baptist Church, said, “I think it’s time for me to shut up and listen.”

He wanted to confess that “as a white southern male I bring certain prejudices with me,” and was “asking God to make me aware of those faults.”

He has a vision that someday his church will more closely mirror the community it serves, he said.

“We must not stand by and watch you carry that burden alone,” he said. “Wreck us, Lord. Break us, Lord. Shatter us, Lord.”

Before his remarks, Danny Cunningham stepped over to greet the Dean family. Healing comes from confession and repentance, he told the crowd.

When people hurled insults at Christ, he did not retaliate, Cunningham said. Instead, he prayed, “Father, forgive them, for they know not what they do.”

“We turn to you for healing, Lord God,” he prayed. “Forgive us and let that forgiveness be like rain falling on us today.”

“I’m here to serve you,” Reynolds said. “I work for you. I’m ready to listen. The men and women in the Temple Police Department love you.”

“I will do my very best to make Temple Police Department a beacon of hope for the nation,” he said.

Bobby Ott, superintendent of Temple ISD, offered prayer for students and all children.

“It is our duty to model love and grace,” he said. “Help us use your light to bring hope and change to everyone.”