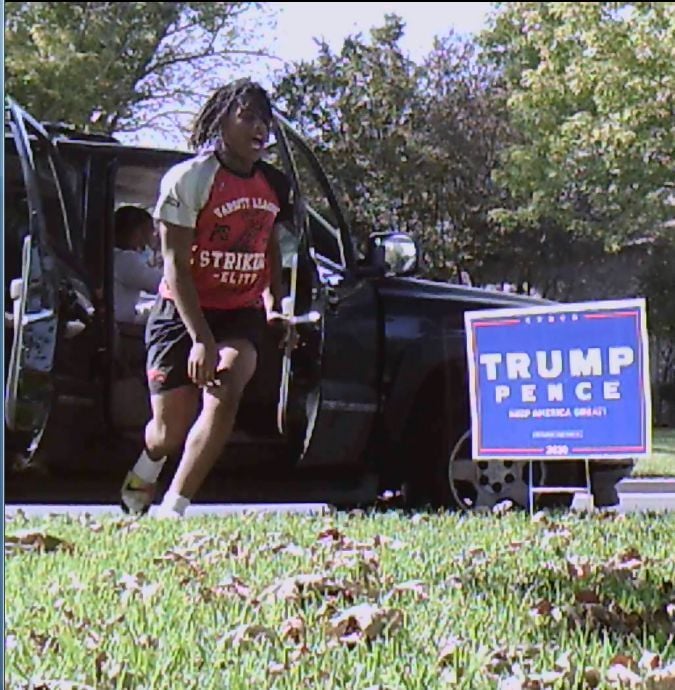 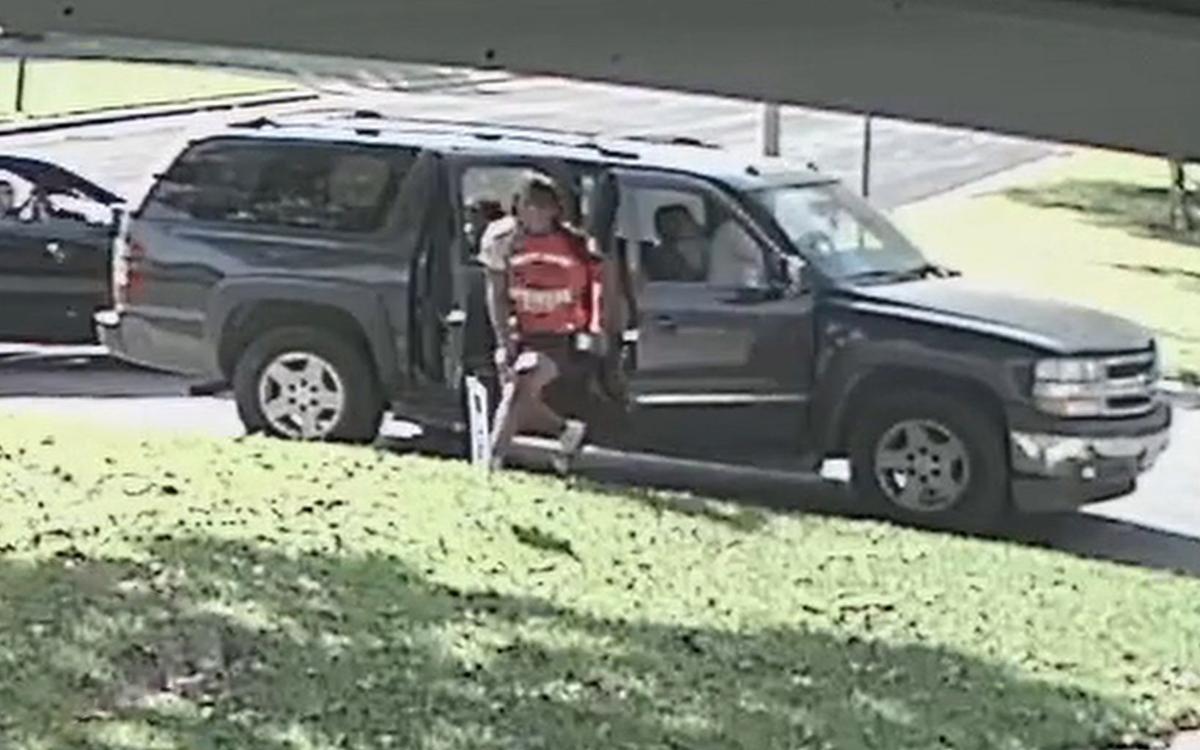 Another photos shows the Suburban involved in the sign theft.

Another photos shows the Suburban involved in the sign theft.

Some Temple homeowners have had Trump political signs stolen from their yards.

Also, some residents on Pin Oak Drive, Hickory Road, Loop Drive and Cherry Lane have had signs stolen by people in what appears to be a dark-colored Suburban, Temple resident Earl Nottingham said Friday.

“TPD has received a handful of calls regarding this issue, however no official reports have been taken,” Weems said Friday.

Nottingham has surveillance video of a dark-colored Suburban with three people in it when his sign was taken. One male jumped out of the Suburban and stole his Trump sign, while at least one other vehicle was behind it with someone taking pictures or videos.

Recently, a Trump sign near the intersection of Avenue H and South General Bruce Drive was burned. Signs for other political candidates, including Democrats and Republicans, were axed down and removed, the Telegram previously reported.

A TikTok challenge on social media is targeting political signs, Nottingham said. This is the third time Nottingham had signs stolen, he said.

“You can say kids will be kids, I guess, but this is more of an organized thing — more of a societal message than anything else,” Nottingham said. “Regardless of your party affiliation, theft is theft.”

Nottingham said he went to the Temple Police Department and waited an hour to talk with an officer. When he finally did talk to someone, that officer didn’t seem very interested, he said.

Weem said he wasn’t familiar with Nottingham’s claim about the police department visit, but he said there are no active investigations. People who call to say their signs were stolen are given an event number but nothing else since they don’t have evidence or information, Weems said.

The signs aren’t free, and some people had multiple signs stolen — and usually during broad daylight, Nottingham said.

Stealing signs can lead to criminal mischief or theft charges plus a fine, according to the Texas Penal Code.

No signs have been stolen in Belton, city spokesman Paul Romer said.

Anyone who has information about the thefts or wants to report the theft of their own political sign or flag should call the Temple Police Department at 254-298-5500.