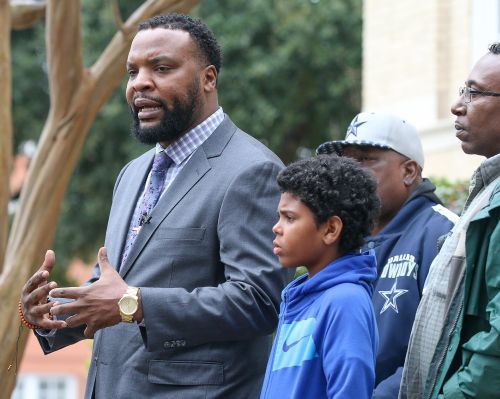 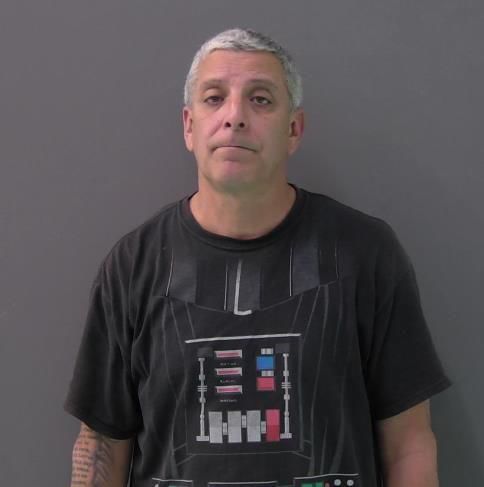 Temple Police Officer Carmen DeCruz was arrested Monday and charged with manslaughter in the fatal shooting of Michael Dean — more than two months after the Dec. 2, 2019 incident.

DeCruz, 52, of Killeen was arrested and placed in the Bell County Jail with a bond set at $500,000 for the second-degree felony charge.

An arrested affidavit obtained Monday by the Telegram gave information from Texas Ranger Samuel Dendy, who investigated the case.

A review of DeCruz’s in-car and body camera video showed DeCruz had his weapon drawn when he walked to the front of his patrol car and Dean’s vehicle after a traffic stop. DeCruz reportedly went to the passenger side of Dean’s vehicle, told him to turn the car off and give him the keys. DeCruz then reached into Dean’s vehicle with his left hand to try to get control of the keys. His gun was in his right hand. DeCruz’s gun was pointed at Dean and his finger was on the trigger, the affidavit said.

When DeCruz pulled on the keys with his left hand, his right hand pulled back. The gun fired — striking Dean in the head.

Dean did not have a weapon.

After the shot was fired, DeCruz was seen on video as he pulled Dean from the vehicle’s passenger side. DeCruz and other responding officers gave medical aid to Dean until medics arrived.

Dean, 28, of Temple was pronounced dead at the scene by Bell County Justice of the Peace Ted Duffield. The autopsy report, prepared by Southwestern Institute of Forensic Sciences in Dallas, said Dean died from a gunshot wound to the head.

The DPS Crime Laboratory on Feb. 3 reviewed the report, which said the Glock pistol was operational and didn’t malfunction during test firing, the affidavit said.

The warrant for DeCruz’s arrest was issued Monday.

At a news conference outside Temple City Hall, Dallas attorney Lee Merritt questioned why the criminal charge was not murder.

“This family has waited two months … I’ve never seen so little information released about a shooting. The family is relieved that (Bell County District Attorney) Henry Garza is going forward with criminal charges against this officer, but we are extremely disappointed in the charges he’s decided to move forward with,” Merrit said.

Merritt said shooting someone in the head is consistent with a murder charge, not manslaughter.

“Obviously, if you take a firearm and shoot somebody in the head there’s a serious intent to cause serious bodily harm or death … and that is consistent with the charge of murder.”

DeCruz remains on paid administrative leave until he is indicted in the case, per state law. After an indictment is issued, DeCruz would go on unpaid leave, interim Temple Police Chief Jim Tobin said.

An internal investigation started on Dec. 4 is nearing its conclusion and should be complete by the end of February, Tobin said. That investigation, which can last up to 180 days, will determine whether DeCruz violated any department policy or procedures.

Before the gun fired

The incident began when DeCruz tried to stop Dean’s vehicle for speeding. His overhead lights and siren were used, the affidavit said. When the vehicle didn’t immediately stop, DeCruz reportedly pursued.

No information has been released about how far DeCruz pursued Dean before he stopped at the intersection of Little River Road and Loop 363.

All questions asked of the Texas Rangers about Dean’s death were referred by Sgt. Bryan Washko to District Attorney Garza.

“As this case is now in active litigation, I am limiting public comment on this case to what I have provided to media sources at this time,” Garza told the Telegram.

The case will be presented to the grand jury for review and deliberation at an appropriate time in the future, he said.

At a Monday night news conference at the police department, Tobin said it “would not be the normal protocol” for an officer to approach a vehicle with a drawn gun at a traffic stop as DeCruz is alleged. Tobin declined to elaborate further, citing the internal investigation.

He said civil service regulations allow for the officer to have due process during the internal investigation. The investigation results will determine what actions Tobin would take, including whether to fire DeCruz, he said.

The final step, Tobin said, would be a series of meetings with the officer and the interim chief over possible actions that the chief would take.

DeCruz will have the opportunity to appeal a decision, Tobin said.

The interim chief asked residents to have trust in the system.

Reports filed with the Texas Attorney General’s office on Dec. 30, 2019, — including one that said there was an altercation — will likely be amended with updated information, Tobin said.

The Temple Police Department will conduct an after-action review, which will look at the how the department performance during the incident, Tobin said.

“This is common practice in critical incidents …,” he said. “We will look at how we performed as an agency during the incident, after the incident, and look to see where we need to improve our training, safety and service to the community.

The incident has been tough on the Dean family, Tobin said.

“I want to give my sincerest condolences to the Dean family,” he said. “This has been a difficult time for them. And we understand that. I appreciated their patience with their investigation, as well as I appreciate the patience and the support for the community that they have given to the Dean family and to the department.”

“These are isolated incidents by individuals not the entire department,” Tobin said. “… I would not want that to define the department. We have always had a history of holding officers accountable.”

DeCruz “has not been a problem officer for us,” Tobin said. “This has been a very good officer. He’s been dedicated to this department for nine years.”

Hours before the shooting, he was part of the TPD honor guard that led the Temple Christmas parade, Tobin said.

Little by little, a collage is developing with snippets of information about the closely gua…

DPS: Dean investigation should be complete ‘in a week or two’

Temple Police officers, under the direction of the City Manager Brynn Myers, will increase t…

The article on last Sunday’s front page was fitting for Black History Month.

Two months have passed since Temple resident Michael Dean, 28, was shot and killed during a traffic stop, but there are still no answers yet into why or how it happened.

An event organized before the police-involved shooting of Michael Dean dealt with that tragic death and other concerns Saturday.

I saw the Temple mayor on the Monday evening broadcast on Channel 25. He said he was not inv…

Further release of Dean shooting information doubtful in near future

A charge and arrest in the officer-involved shooting of Michael Dean, 28, provided some long-awaited answers to what allegedly happened prior …