Tow trucks respond to an 18-wheeler wreck on Interstate 35 in Temple Wednesday morning. 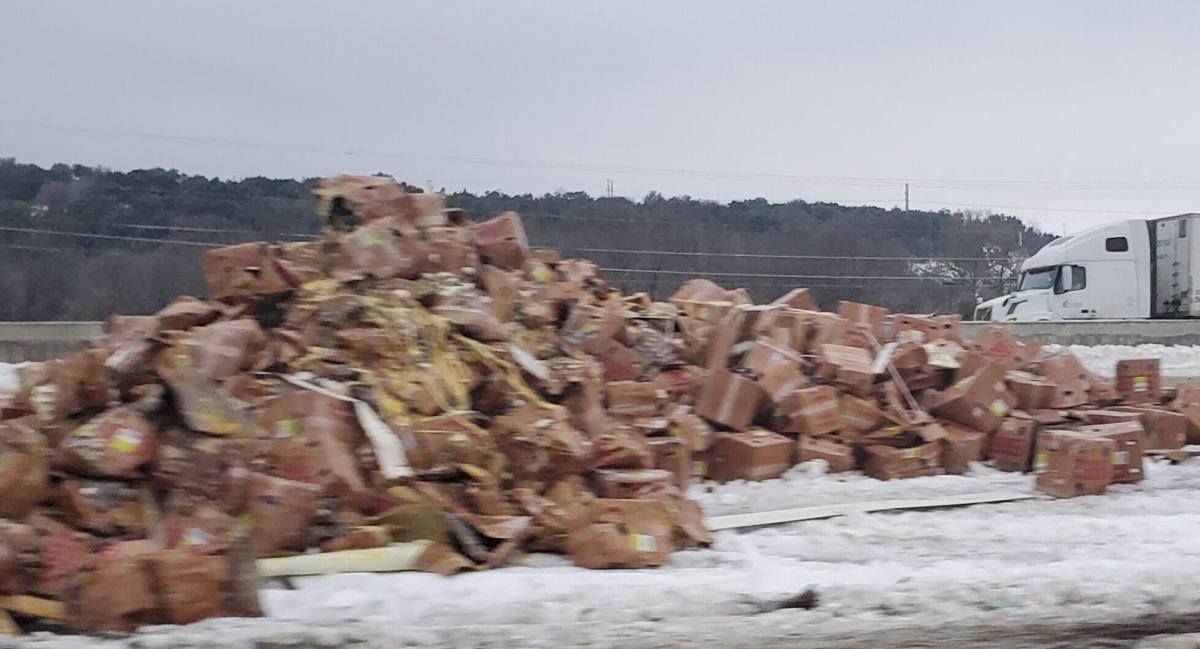 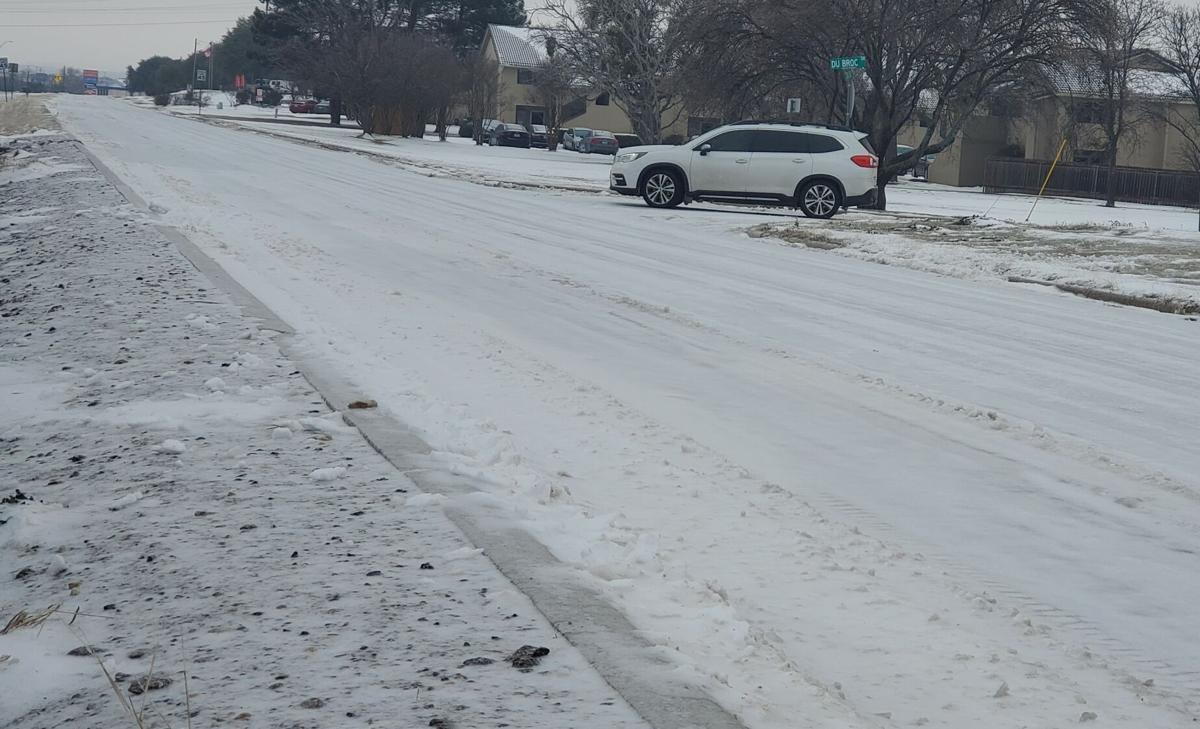 Tow trucks respond to an 18-wheeler wreck on Interstate 35 in Temple Wednesday morning.

As temperatures remained below freezing, thousands of Bell County residents continued to grapple without vital necessities, such as power and water, and icy roads have made travel difficult.

In Milam County, Cameron on Wednesday told its residents the city water supply will be out of service because of waterline breaks. Cameron officials warned residents they may experience low water pressure — or no service at all — until lines are repaired. A boil water notice was issued for Cameron.

The lowest temperature the National Weather Service recorded in Temple early Wednesday was 22, with a wind chill of 9. While warmer than the 1 degree recorded Tuesday morning, temperatures were still significantly below freezing. A layer of ice up to half an inch thick formed on roads across Bell County after a mixture of rain and freezing rain fell early Tuesday, according to the NWS.

More than 35,590 Bell County residents were affected by outages Wednesday, according to Oncor Electric Delivery. That number is down from the estimated 52,720 Oncor customers here who did not have power Tuesday.

“The city of Cameron has numerous water leaks all over town, and the water towers are draining because of our residents using their water to keep their lines from freezing in their personal homes,” Parker said. “Our consumption is higher than our production of water at this time. This has lowered our water in the towers.”

Parker said crews are focusing on the worst leaks first to get water pressure back to normal. Once that happens, he said crews will go throughout the town to fix the more minor leaks.

Residents still will have access to some water from their faucets. Parker said only one neighborhood inside Cameron city limits is without power. Other utilities, such as gas, are working, he added.

“At this point, our water plant is producing water as fast as we can produce it so that we can have a little bit of water in our homes,” the Cameron city manager said. “The water leak repairs should help stop the mass of water going out of the system.”

“We just ask residents — because of street conditions — to stay home and keep warm,” Parker said. “We’re experiencing a lot of trees breaking throughout the city because of the wind and the heavy ice on the trees. I would advise residents to stay in their homes because trees are falling everywhere.”

Myers reminded residents electric outages in the city are being initiated by Oncor at the direction of the Electric Reliability Council of Texas, the nonprofit that operates most of the state’s electricity.

ERCOT this week lost control of the power supply during the frigid and icy weather, the Tribune reported.

“There are also numerous outages across the area due to the snow and ice,” said Myers, who is among the thousands in Temple without power. “Oncor was able to rotate some outages overnight, but poor grid conditions have continued to prevent them from rotating, or rolling, the entirety of these outages, leading to extended periods without power for many of their customers. Oncor is unable to predict when grid conditions will stabilize and urges all customers to be prepared for extended outages to continue.”

Myers said, as of Tuesday night, the city’s public water system had no issues.

The city has seen reports of homes without water, but that is because of frozen pipes inside those houses.

“It will be necessary to wait it out, to let them thaw,” the city manager said. “Everyone, please take a few moments to check all faucets in your home. Make sure you let them drip continuously — especially if you are currently without power and unable to heat your home. This will help prevent your pipes from bursting.”

In Belton, the city late Tuesday told residents who live near Sixth Avenue from Birdwell to Interstate 35 and Palmetto Street they may see temporary water service disruptions into Wednesday because of a broken waterline, spokesman Paul Romer said. Water service was restored around 1 a.m., Romer said.

Residents of that affected area need to boil their water prior to consumption, the Texas Commission on Environmental Quality said Wednesday. TCEQ required Belton to issue a boil water notice after the waterline break. The boil water notice is in effect until midnight Thursday, Romer said.

Lines in this area of Belton are more than 50 years old and are made of cast iron.

Leaks and repairs have been a regular occurrence along Sixth Avenue. City leaders are considering their options to replace the aging infrastructure — such as including newer lines if Belton moves forward with a project to make Sixth Avenue look similar to Central Avenue.

Roads across Bell County — including Interstates 35 and 14 are coated in ice after freezing rain, rain and sleet fell early Wednesday morning.

“There is still a thick layer of snow and ice on our roadways and some are closed,” Myers said. “Please avoid travel if possible, exercise caution while driving.”

An 18-wheeler wreck on I-35 near the Midway Drive exit in Temple shut down southbound lanes of the highway.

Temple crews and the Texas Department of Transportation treated roads late last week ahead of the worst of the winter storm.

But, local officials said, the city’s two trucks that distribute sand are down and TxDOT crews are working with a partial fleet, so the state agency is focusing on major thoroughfares — such as I-35, Loop 363 and U.S. Highway 190.

“The city of Temple, along with much of the state of Texas, is experiencing a never-before-seen weather event that has brought uncertainty and danger,” Myers said. “However, along with that it has brought the need for our community to band together to support and care for one another selflessly. I’ve seen many examples of this over the past several days, and I am thankful to live in a caring and supportive community.”

The Temple Independent School District went the extra mile this week, helping to pick up residents in need of shelter.