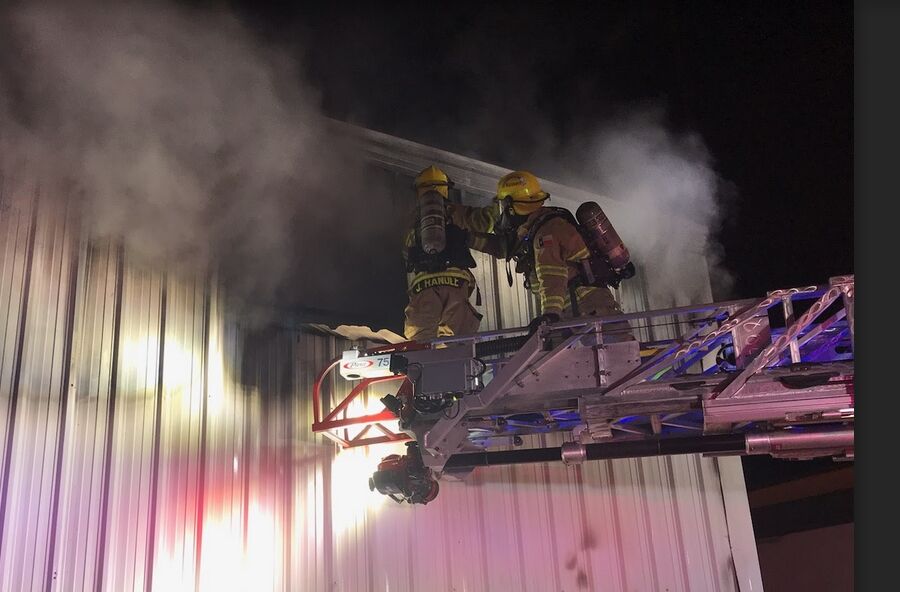 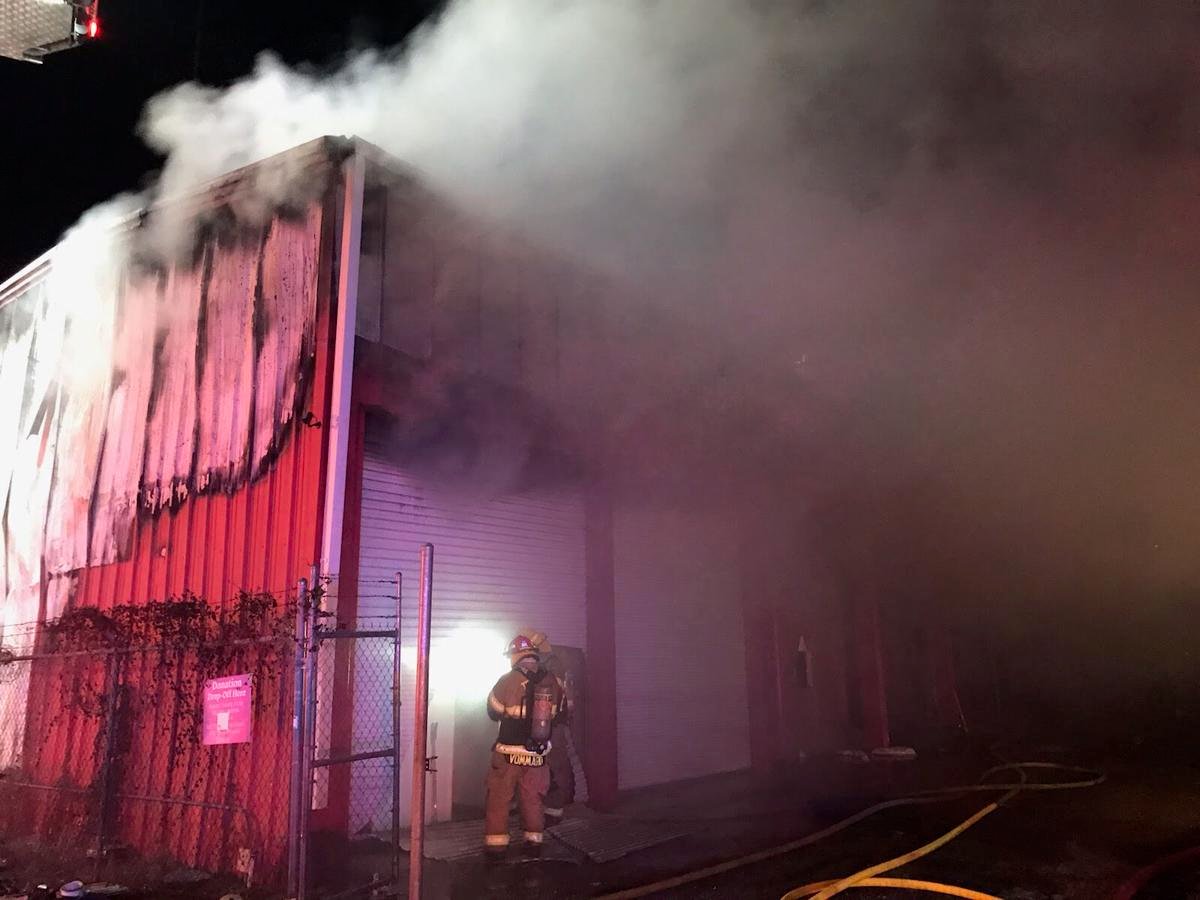 The St. Vincent de Paul thrift store already struggled because of COVID-19, but a fire early Monday morning temporarily made helping the homeless much harder.

A fire at the downtown Temple building that held food and clothing donations, freezers filled with food and much more burned, Director Caitlyn West said Monday.

Temple Fire & Rescue responded at 3:10 a.m. to 106 W. Ave. D and found flames and smoke coming from the building. The fire was under control at about 5:20 a.m. after 10 engines, 28 firefighters, Temple Police Department and Temple EMS responded.

St. Vincent de Paul will try to do the food pantry this Thursday.

“But other than that, we’re in complete shock right now,” West said.

Although the fire destroyed the food pantry and most of their food resources, St. Vincent de Paul has another truck that will deliver to them today, past board president Ken Valka said.

“We’re going forward Thursday with some minor adjustments,” Valka said. “The thrift store has some water and smoke damage, so we will have to do some water removal and purify the air.”

A modified food pantry can be done from the parking lot, Board President Cindy Snodgrass said.

The thrift store — which was getting ready to put out Christmas items — will probably be closed for a week or two after much of the merchandise burned, Snodgrass said. “It’s a loss, but I know the good Lord is with us and is watching over us,” she said.

Valka said St. Vincent de Paul will “plan to go forward with all the other services.”

“We can certainly benefit from any donations of food or dollars to help rebuild our pantry and they would be most appreciated,” he said.

In the more than 18 years Valka has been associated with St. Vincent de Paul, it’s grown tremendously so it isn’t just a food pantry anymore, he said. Through the thrift store, they’re able to provide assistance other agencies can’t.

More than 200 families are helped every week, and more nutritious meals are planned. West is the head of a task force at the city to find a solution for the homeless, too.

“It’s become much more of a resource for all the facets of the community that are in need, especially during the difficult time of this pandemic,” Valka said.

Snodgrass asked Monday for people’s prayers as they make decisions.

“We’ll make decisions day by day. I know the good Lord is watching over us and helping us,” Snodgrass said.

More than 1,000 people a month are served just through the food pantry, and that doesn’t include those that go into the store for help, Snodgrass said.

With a small chuckle, Snodgrass said, “We have people who lose their houses to fires — ironically — but we have a lot of people in need. We do a lot of things the community doesn’t even realize.”

“We’re just thankful to the Lord we can pick up and go on,” she said.

“We are all devastated from the loss, but we’re moving forward in faith and trusting God will provide,” Hamby said.

Hamby referred to the organization as an anchor of hope not only for the homeless, but also for the low income families that struggle through this challenging time. She said St. Vincent de Paul “will rise from the ashes and something even better will come out of it.”

West said it is not known yet how the fire started.

A fundraiser to help a Temple food pantry rebuild after a fire has now raised more than $3,600 in less than 24 hours.