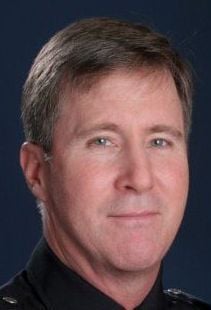 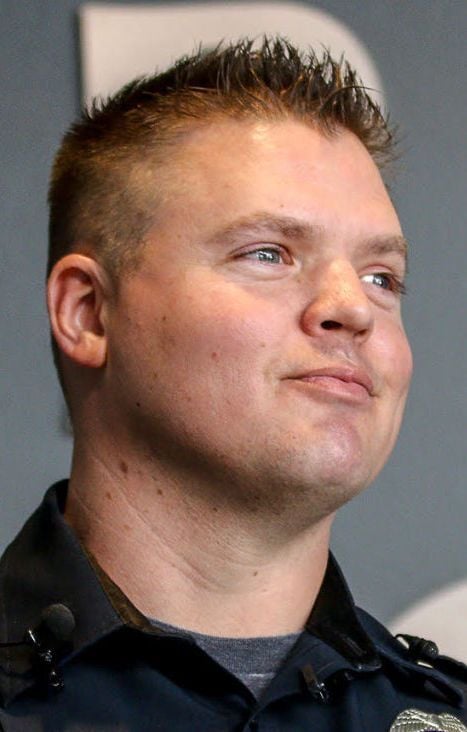 Five officers — including two supervisors — were identified by the Temple Police Department as those involved in a January police use-of-force incident.

Lts. Edward “Buddy” Best Jr. and Tim Simeroth, and Officers Nick Prouty, Andrew R. Kramer and Bryan Pedigo are under internal investigation for the Jan. 11 incident in which Walter Beasley Jr. of Temple was reportedly struck by at least one of the officers during his arrest after a traffic accident.

Police spokeswoman Alejandra Arreguin provided the officers’ names to the Telegram on Thursday afternoon after an open records request.

The use-of-force incident was captured on videos posted on social media. The videos from afar show an officer striking Beasley while he is strapped to a gurney.

“It’s important to remember that our department reviews every incident of use of force, regardless of the situation or outcome, to determine if the use of force was appropriate and reasonable and ensure all policies and procedures were followed,” Arreguin said.

Beasley was in custody Friday at the Bell County Jail in lieu of bonds that total $48,500, records show.

City spokesman Cody Weems said Beasley resisted when an officer tried to detain him. He reportedly bit an officer and spit on another.

Beasley also banged his head on a patrol vehicle and was pepper sprayed by officers, an arrest affidavit said.

Beasley — described by a family member as suffering from post-traumatic stress disorder and depression — was arrested Jan. 11 because officers believed he was driving while impaired after he lost control of his vehicle after hitting a patch of ice at Central Avenue and South General Bruce Drive near Interstate 35, police said.

Jaquita Beasley told a Telegram reporter her brother drove to McDonald’s for an iced coffee the day after 4 inches of snow fell. He hit ice on the road and damaged a tire. Beasley texted his sister about the accident so she could help get him a new tire. She and others at the scene recorded the arrest.

Police Chief Shawn Reynolds said the department is conducting a complete and thorough review of the incident.

Best, a Temple officer since 1988, is a longtime supervisor with the department and a former finalist for police chief. He has a bachelor’s degree in criminal justice from Texas State University.

Best was formally disciplined for his role supervising a December 2014 murder investigation that was delayed because an officer, later indefinitely suspended, failed to retrieve important physical evidence from the FBI for more than a year and conduct follow-up witness interviews, the Telegram reported.

The policies that Best violated were from the Temple Fire Fighters’ and Police Officers’ Civil Service Commission, and related to neglect of duty, dereliction of duty, acts bringing discredit upon the department, inadequate case management and the lack of organization and administration of criminal investigations.

Simeroth, a former sergeant, was voted Temple Police Department Supervisor of the Year in 2012 and promoted to the rank of lieutenant in May 2018. He has been involved in numerous Temple Police community events, including Burgers with a Badge, in which he has helped cook hamburgers for residents.

Last month, Simeroth was featured in a Telegram news story about Temple officers who participated in a community fix-up project.

In a 2012 interview with the newspaper, Simeroth said he believed his best ability was being able to empathize with both victims and officers.

“I can put myself in both places. Even on arrests, I never lie to the people I arrest and I always follow through with what I say,” Simeroth said. “I think my peers must have recognized this when they voted for me.”

Pedigo — who was recognized for helping stop a potential suicide by a teenage girl days after the January use-of-force — was one of the officers involved in a struggle with Stephen Gayle in 2017. Gayle, 40, who had an intellectual disability and suffered from sickle-cell anemia, died in custody because of his medical condition and the narcotics in his system, a spokeswoman previously told the Telegram.

Prouty served six years in the U.S. Army prior to joining the Temple Police Department, according to a department video of his swearing in ceremony on Oct. 28, 2015.

Kramer completed the Extended Basic Peace Officer course at the Central Texas College Police Academy in Killeen. He was among 24 graduates recognized at a ceremony in fall 2018, FME News Service reported.

Use of force article was disservice

Your May 3 article about “use of force” was a disservice to the Temple Police Department and to Lt. Best and his colleagues.