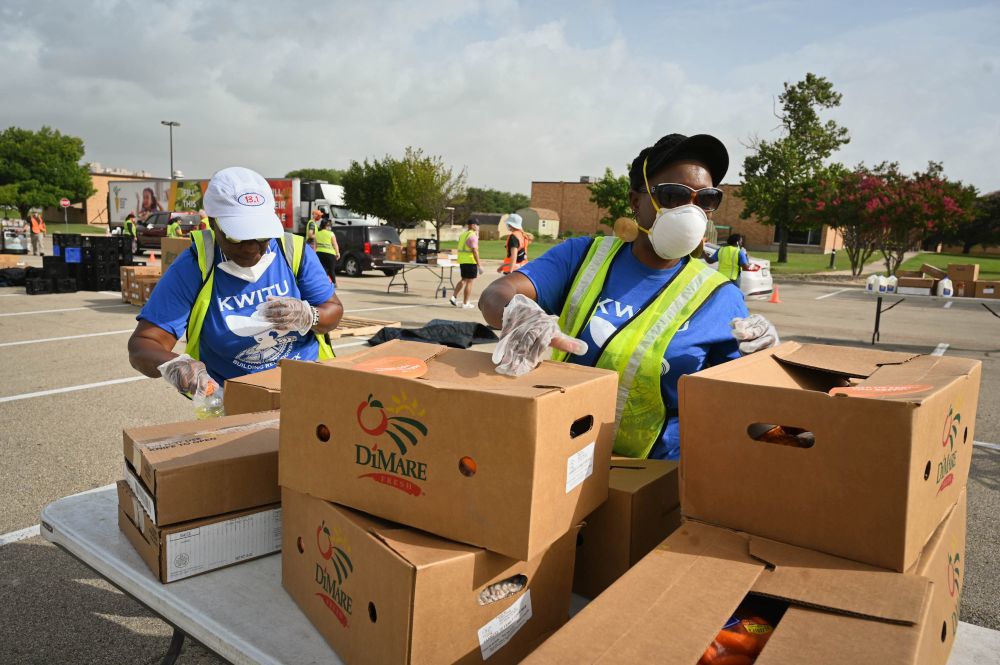 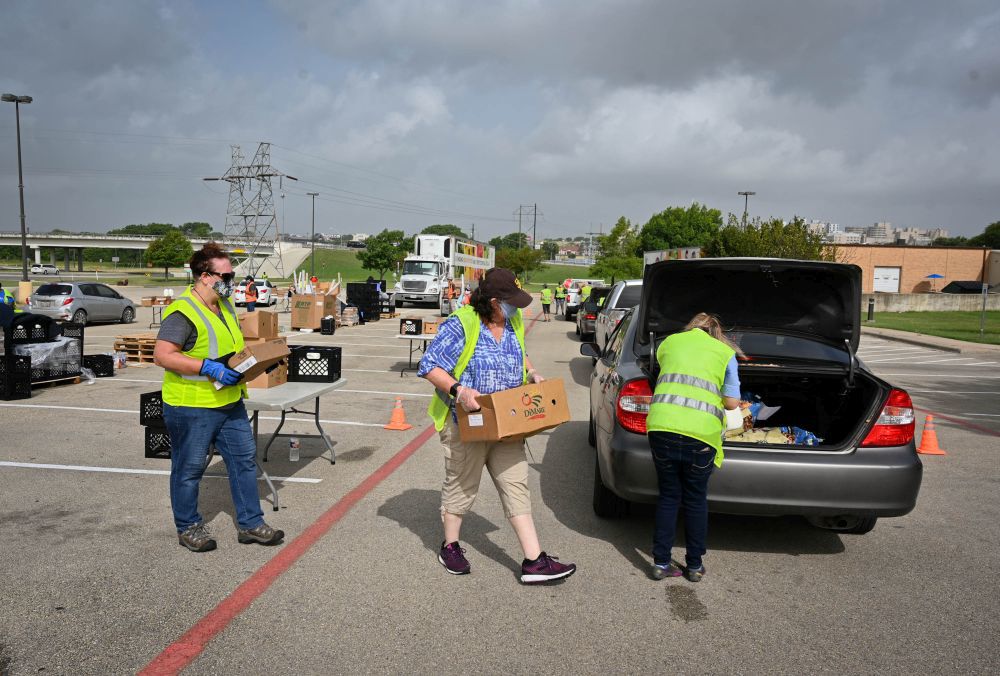 If the size of the crowd Saturday morning at Temple College for a dispensation from the Central Texas Food Bank was an indicator, a lot of people have been hurt by the COVID-19 induced economic shutdown.

About half of the south parking lot was closed off for the mobile food pantries, volunteers and the distribution of produce, chicken, tuna fish, milk and other items. By 9:15 a.m., the other half of the parking lot was filled with waiting automobiles, most of them with only the driver inside. The food bank said on its website it preferred only one family member should come.

Some people had a long wait, but everybody remained calm as teams of volunteers moved with dispatch. It helped that there was a light overcast and a little breeze.

The distribution was scheduled to run until noon. By 11:30 a.m. the entrance was closed and about 40 cars already in the parking lot continued to be served.

Organizers asked in advance that only families with “true food insecurity” participate, since the food bank’s resources are “stretched to the limit.” Only people in automobiles were accepted, and they were supposed to have already made room in their trunks.

April Smith of Austin held a stop sign and routed the slow-moving traffic through the parking lot.

“I’ve been volunteering since March, since I got furloughed, so I’ve been up here several times,” she said of the Temple dispensation. “It seems like it’s a lot of need today. It’s a lot of cars today. Last month it wasn’t this full.”

Temple had a similar CTFB distribution in May. The food bank has distributions throughout the region. Information about these and other resources are on its website.

When the pandemic struck, Smith was a tour guide, she said.

“It’s kind of hard to get tours in Ireland and the UK if you’re not traveling,” she said. “I was flying home the day they made the executive order not to travel to Europe, and then I started doing this.”

She’s been all over Central Texas with the food bank, she said. She’s done loading, intake and just about everything else, she said.

“It gets me out of the house,” she said. “It provides a very necessary need.”

Lynn Anderson of Austin, busy moving boxes, was part of a seven-woman crew, all originally from Kenya. Their blue T-shirts were marked “KWITU” for Kenyan Women of the United States, a mutual support organization founded in 2015.

Anderson said was she was formerly a television news broadcaster in Kenya and has been in the U.S. for 20 years. She and her team seemed to be enjoying their part of the dispensation.