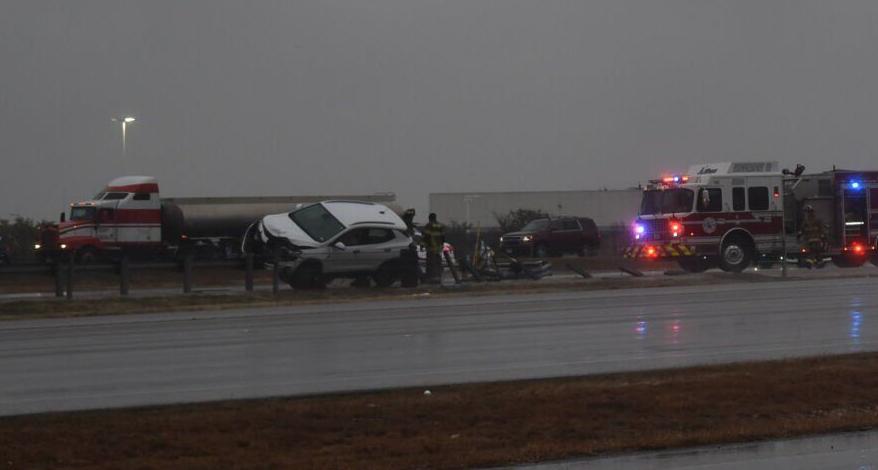 One of two accidents in the westbound lanes of Interstate 14 in Killeen Tuesday morning as the rain continues to hamper drivers commuting to work. 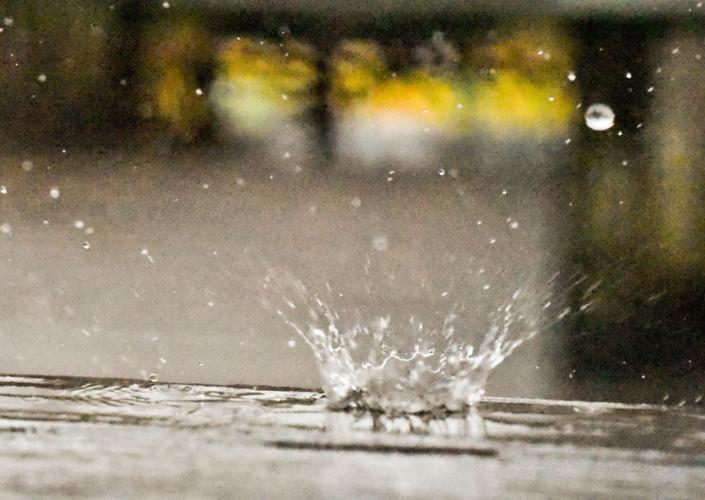 This close-up photo shows a raindrop splashing Tuesday as it lands in a puddle of water in South Temple during a rainstorm.

One of two accidents in the westbound lanes of Interstate 14 in Killeen Tuesday morning as the rain continues to hamper drivers commuting to work.

This close-up photo shows a raindrop splashing Tuesday as it lands in a puddle of water in South Temple during a rainstorm.

Sheets of rain on Tuesday morning led to numerous accidents across Bell County as cold weather returns to Central Texas.

Accidents were reported on many major roadways, including Interstate 35 and 14, officials said.

“From 2 a.m. to 2 p.m. today, there have been 14 accidents Temple PD has assisted with,” Temple spokeswoman Allison O’Connor said Tuesday. “Most of these accidents ended with minor injuries or none at all.”

Commuters on Interstate 14, coming into Killeen from the east side of the county, were slowed to a crawl as the backup from two accidents closed all but one westbound lane Tuesday morning.

Between downpours of rain, crews from the Killeen Police Department, Fire Department and emergency medical services were on the scene between the exits for Stan Schlueter Loop and W.S. Young Drive.

Officers could be seen rerouting traffic to Central Texas Expressway and onto the right lane of the interstate. One white SUV appeared to be on its side resting on the center median with severe damage to the driver’s side of the vehicle. The mangled metal of the center divider could be seen on the ground behind the car.

One accident was reported in Belton.

“We had one weather-related accident this morning at 5:40,” Belton spokeswoman Candice Griffin said. “It was on the northbound access road of I-35 at Loop 121 involving a garbage truck and 18-wheeler. No injuries were reported.”

No flooding issues were reported at Nolan Creek, Griffin said.

On Wednesday, temperatures will start getting colder.

Mostly sunny skies are forecast Wednesday with a high near 52. Winds will be from the northwest at 15 mph with some gusts as high as 25 mph. The low is expected around 33 degrees.

Temperatures will be warmer on Friday with an expected high of 59 with sunny skies. Southwest winds will be at 5 to 15 mph with some gusts up to 20 mph. The expected low on Friday night is around 45.

Saturday will have cloudy skies with a 30% chance of showers expected, mostly in the afternoon, and then in the evening before midnight. The high will be near 62 and the low will be around 47.

Sunny skies are forecast for Sunday with a high near 59 and a low around 38.

More rain is expected Monday and Tuesday with a 20% chance of showers both days. The high Monday will be near 54 with a low around 41.

Workers at Temple’s two warming shelters are already making preparations as cold weather is expected for the rest of the week.