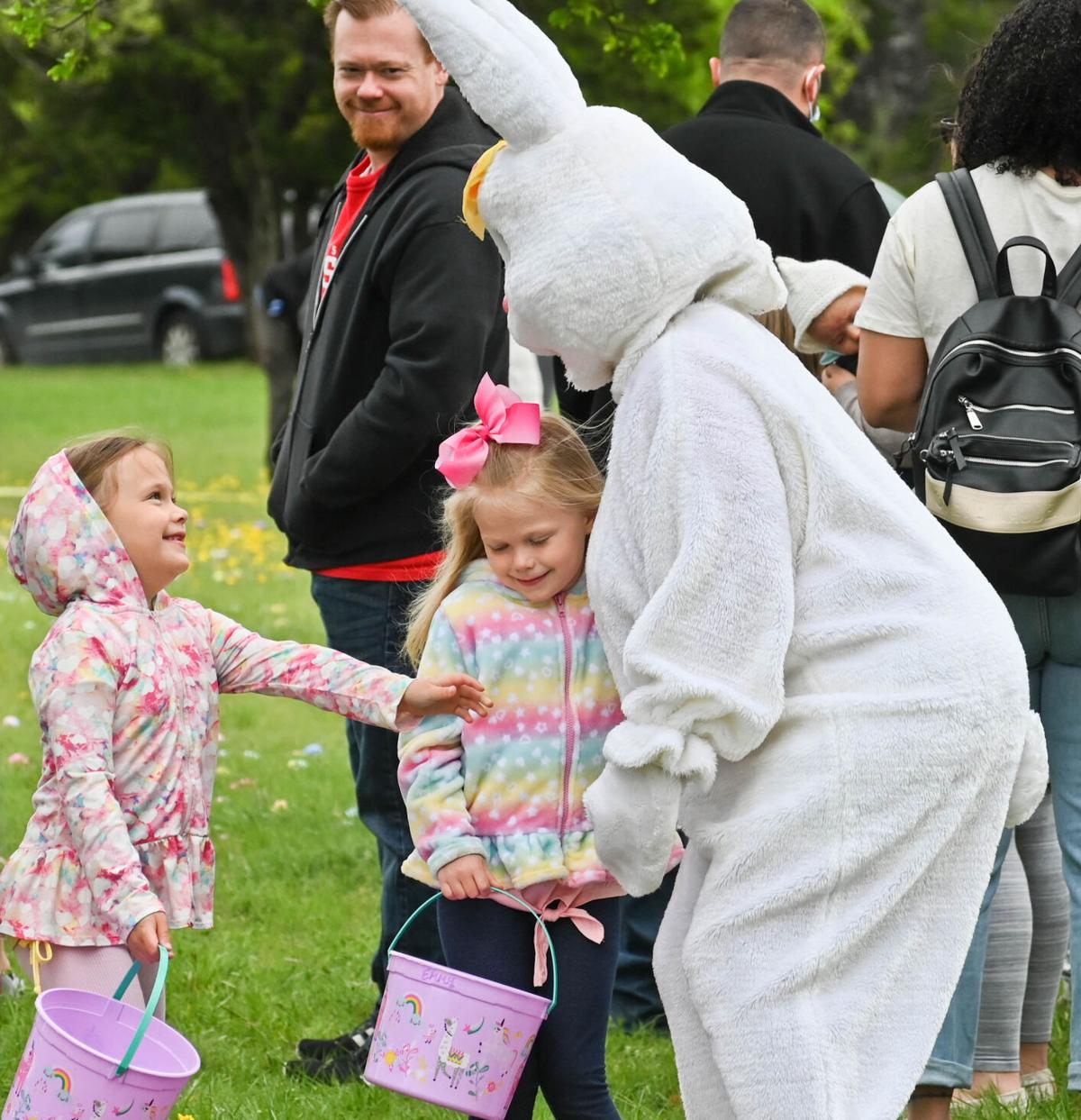 Girls react to the Easter Bunny at Ansay Park in Morgans Point Resort before an Easter egg hunt on Saturday. 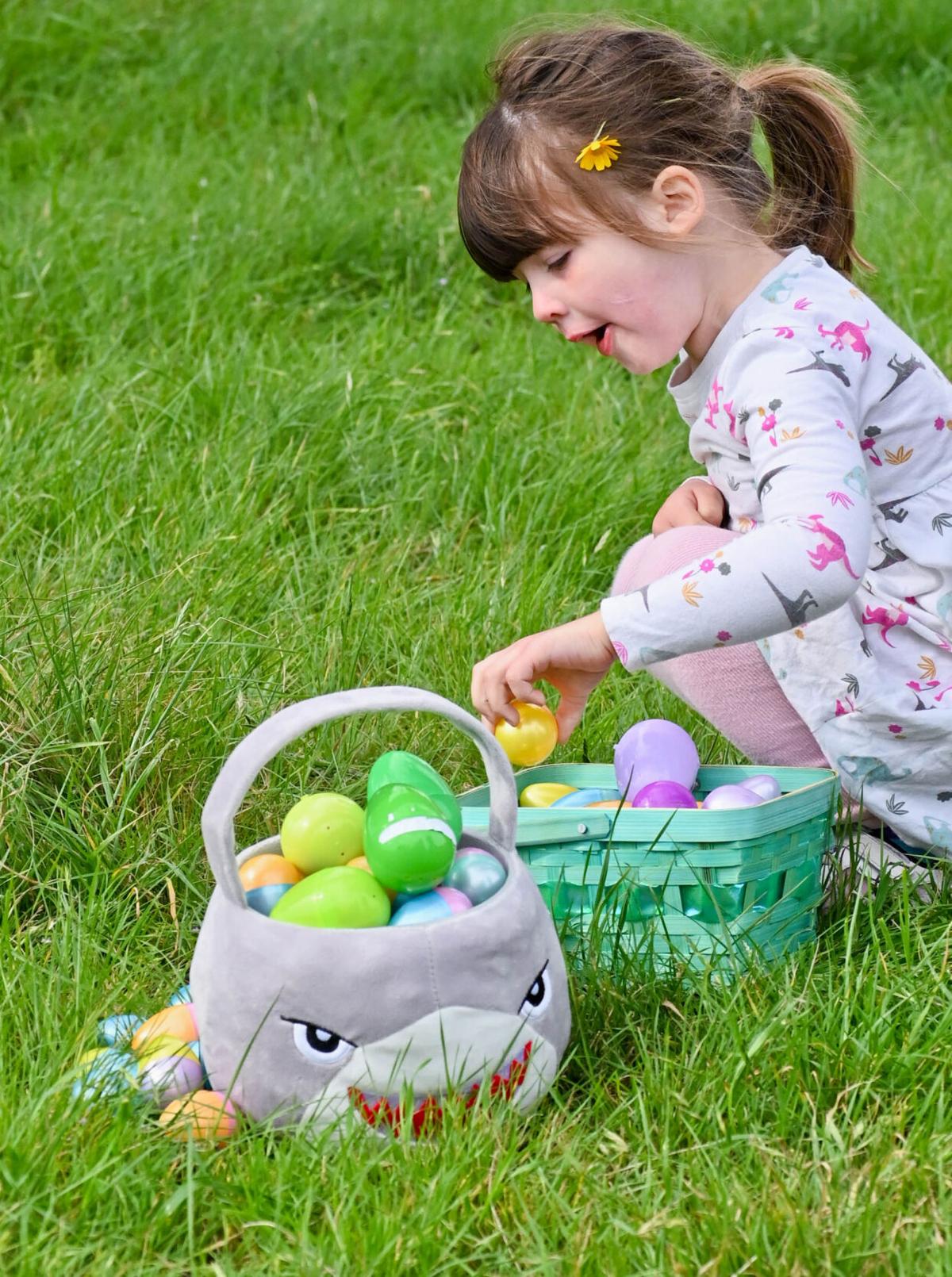 Girls react to the Easter Bunny at Ansay Park in Morgans Point Resort before an Easter egg hunt on Saturday.

Mayor Dwayne Gossett, standing in the basketball court, gave a countdown for the youngest age group to go first. It took the children about five minutes to reach the back of their section. Gossett gave a second countdown for the 5-9 and 10-12 age groups.

Most of the eggs were filled with candy, Milam said. In each age category, there were 16 eggs with prize tickets inside. Prizes included Easter baskets, stuffed toys and kites. Spare Time Texas in Temple contributed 150 free passes, she said.

As the children checked through their eggs and collected prizes, Mayor pro tem Donna Hartman announced that everyone was waiting for a special guest. A little later, she asked the children, “Do you all hear something in the background?”

“Who do you think our special guest is?” she asked the children. “Did someone say Santa Claus? The tooth fairy? Not the tooth fairy. Everybody keep your eyes on our fire department and our police department.”

Soon after, the Easter bunny rode into the park on a fire engine.

Hartman told the children they could have their picture taken with the Easter bunny, which later joined her on the basketball court.

Jeremy Franks, pastor of Fellowship Baptist Church, said the church has been helping with the Easter egg hunt ever since he came to town, eight years ago.

“We love being a part of what the community is doing,” he said.

He and his wife, Anna, a nurse at Baylor Scott and White Medical Center-Temple, had three children in the hunt, Melea, 9, Zach, 7, and Levi, 5. Another son, Micah, 12, was not there.

Dalton Rice, who became the city manager about two months ago, said this was his first time at the Easter egg hunt.

“We’re looking forward to the events of 2021,” he said. “We want to get the kids and family out to enjoy the outdoors.”

His oldest son, Rylan, 10, joined in the Easter egg hunt. Rylan’s grandfather, Bob Rice of Houston, said the boy got “a whole bunch of eggs,” winning two Easter basket prizes and giving a third prize away.

“He can share these with the twins,” Bob Rice said. He added that Rylan has twin brothers, Ryker and Rhett, 3, who are visiting their grandmother,

Don Morgan of the Dallas area said all of his relatives live in Morgan’s Point Resort. His daughter, Averie, 12, filled a backpack with eggs she had gathered. He estimated there were about 75 of them.

She didn’t find any prize eggs and had no idea what she was going to do with all of them.

“I’m gluten free, so half of this stuff I can’t even eat,” she said.