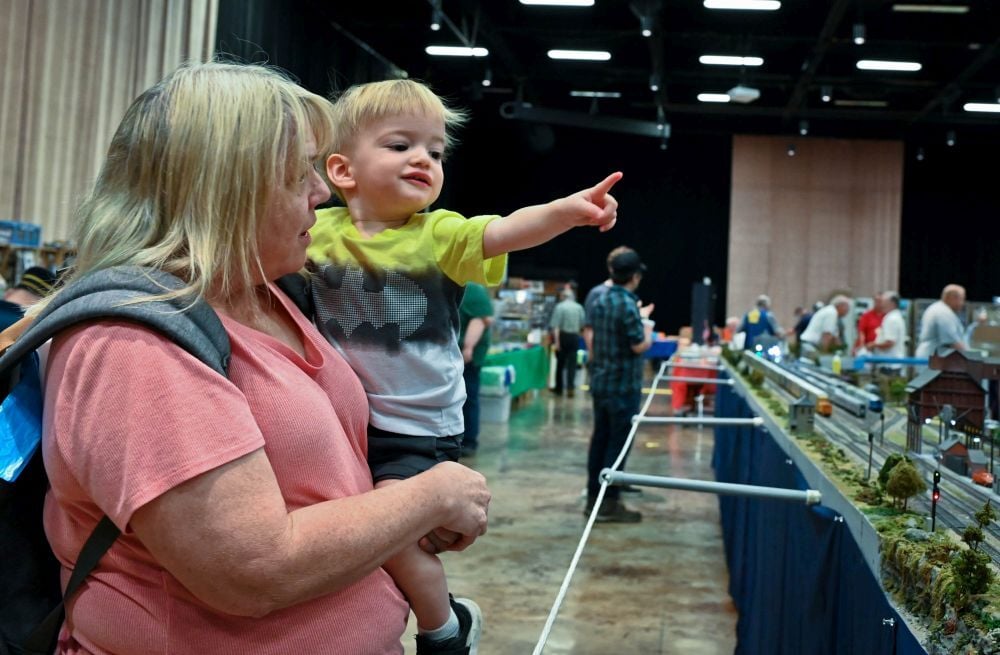 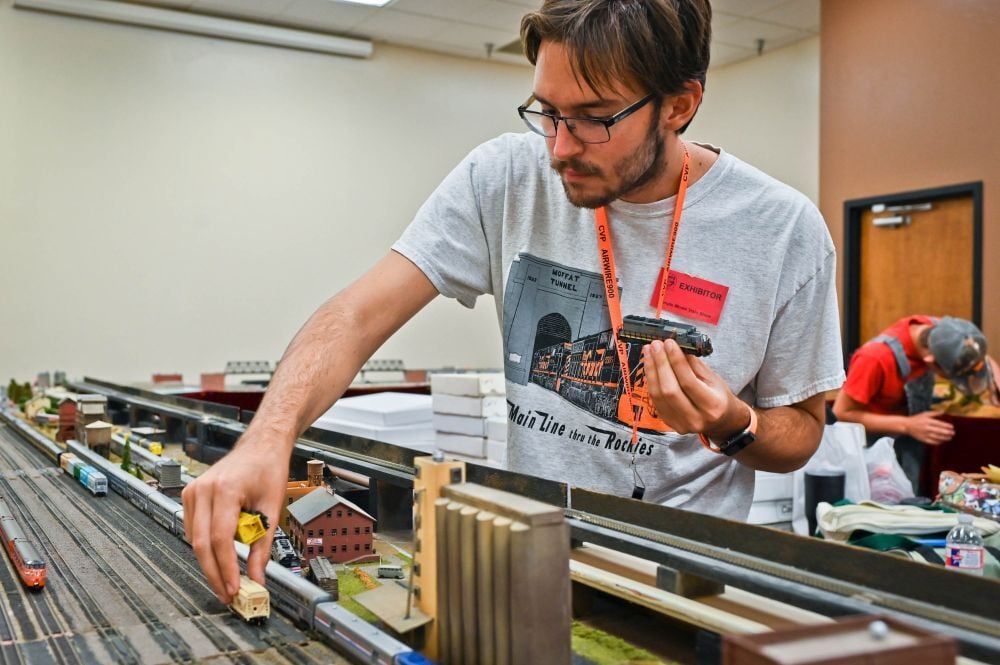 Jason Brownlee with the Houston NW Crossing Model Railroad Club sets up a N-scale model train Saturday at the 39th annual Temple Model Train Show at the Frank W. Mayborn Civic and Convention Center in Temple.The group has been coming to the show for 30 years. 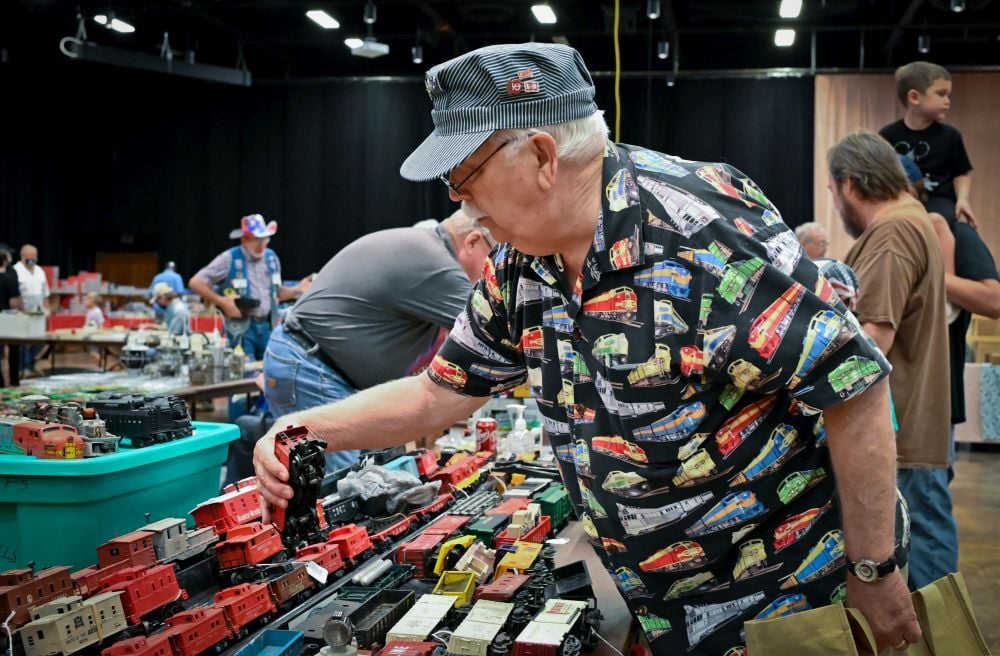 Jason Brownlee with the Houston NW Crossing Model Railroad Club sets up a N-scale model train Saturday at the 39th annual Temple Model Train Show at the Frank W. Mayborn Civic and Convention Center in Temple.The group has been coming to the show for 30 years.

You could almost hear that train coming around the bend Saturday, as train layouts and all things related filled the Frank W. Mayborn Civic and Convention Center for the Central Texas Area Model Railroaders’ 39th annual Temple Model Train Show.

Dave Shannon of Leander, a CentraMOD volunteer, said the club expected a two-day attendance of up to 1,300 visitors.

“Most people who come here are either involved in the hobby or are real railroaders,” he said.

“The modelers get a chance to get their hands on a lot of stuff and see what they are buying,” he said. “And then there’s the entertainment of the model railroads.”

Six active model train layouts were on the floor, he said, including an HO-scale, an O-gauge, a N-scale and a Z-scale. Various agencies at the show — the Hearne Railroad Museum, Texas State Railroaders, Austin Steam Train and the National Model Railroad Association — provided information and in some cases had items for sale, he said.

Edward Flaugher of Texas Train Worx in Waller showed off a lot of colorful railroad cars, and said he specializes in custom painting, assembly and detailing. He makes 8-10 shows a year and has a website and a Facebook page.

“I paint the little trains,” he said. “I change something from plain Jane … and create a prototypical train that would look like the real thing.”

For instance, he said, a company that went out of business in the 1980s has been reborn as a new railroad line, the Rock Island Rail in Mississippi. He showed a red model locomotive he said brought back the original paint scheme.

“No matter the era, I take from photographs, from books, and I recreate the likenesses. I recreate for people for their joy and entertainment, either a defunct railroad, a railroad running today or a freelance which is basically their own railroad that they made up.”

Up the aisle, Dale and Gayle Warford of Harker Heights sat behind an impressive assortment of model railroad cars and engines.

“This is just trying to clear out home inventory,” he said.

Mostly it’s HO-scale, he said, from premium brands down to the lower priced ones. They had craftsman kits and “shake the box” kits, which he said are very simple to assemble.

“I’ve been a train buff pretty much all my life — model trains and real trains,” he said. “Over the years I’ve collected too much. We just recently moved … and I don’t have the space to build anymore.”

He said he was hoping to get rid of most of what he brought. Some buyers want to negotiate the price and he said he doesn’t mind that.

Kristy and Travis Bruner of Burleson, who have been coming to the show since 2002, were selling railroad collectibles, such as switch locks, keys and lanterns.

“This is real,” she said. “All of it is basically antique.”

Some of their dining car items are worth $400, she said, and they have lanterns valued at $250.

Steve Gohman welcomed guests at a booth that was promoting the new Railroad Heritage Center in Palestine.

“We have this N-scale model train layout to raise awareness of our museum,” he said. “We’re in our fourth year.

Marty and Barbara Barkley, who have attended the Temple Show since 1994, were displaying Barkley’s Better Boxes.

When someone buys an HO model train set, for example, he said, after they get it running they don’t have a box to transport it in.

“We sell to vendors and we also sell to modelers,” he said.

The trays and partitions of each box are dye cut, he said.

“I refer to it as an American origami,” he said.

He’s retired and the enterprise gives him and his wife a chance to travel, he said.

“I like the hobby,” he said. “The money helps me buy the model trains I want.”

Barbara said the best thing about it is “the amazing people we meet — all the new friends we made from all over. It’s like a train family.”