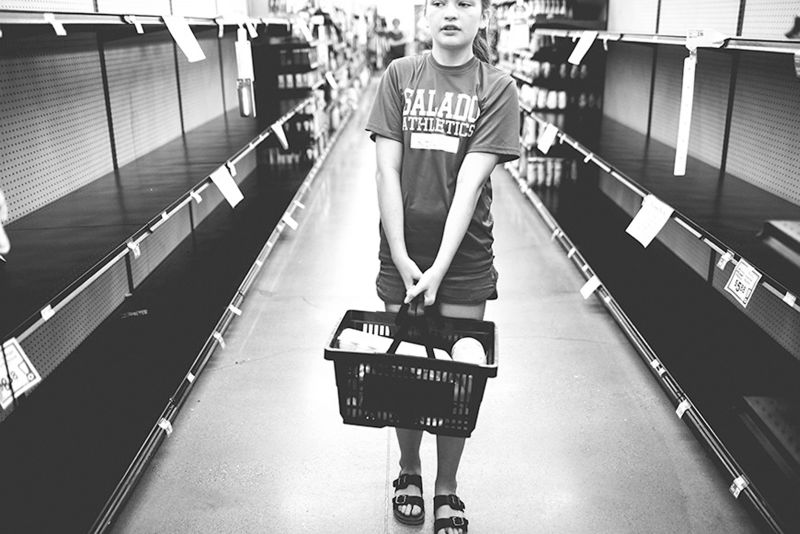 Kiera Flynn walks among empty shelves as she shops recently at Brookshire Brothers in Salado. Empty shelves have become a common site at stores across Central Texas as basic essentials, such as toilet paper, have become a hot commodity. 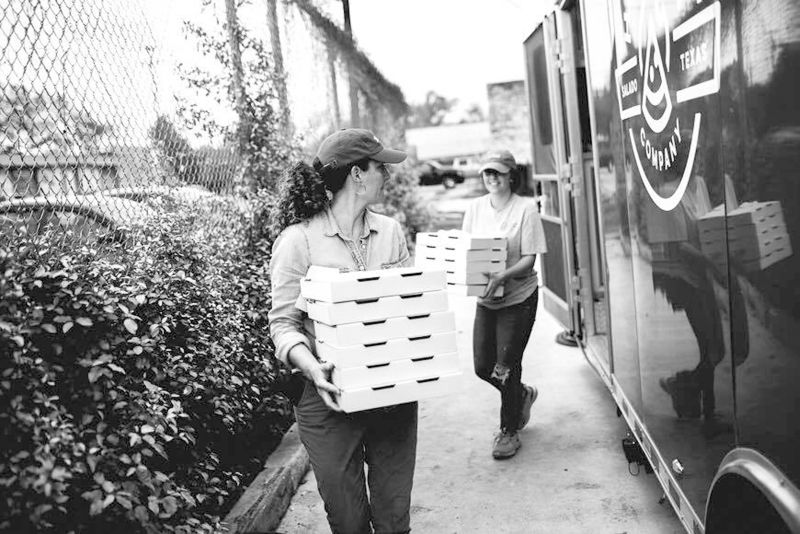 Kiera Flynn walks among empty shelves as she shops recently at Brookshire Brothers in Salado. Empty shelves have become a common site at stores across Central Texas as basic essentials, such as toilet paper, have become a hot commodity.

Salado photographer Jessica Mall is capturing local life as it unfolds in the midst of a pandemic.

Mall, owner of the J.Genevieve creative brand and gallery, shoots photos in an artistic photojournalism style. She said her photography has been a way to process events that have been unfolding.

Her photographs depict everything from empty grocery store aisles to local restaurants delivering food in an effort to maintain business.

“Honestly it’s just a lot of whatever life is playing out in front of me,” she said.

Mall said it feels weird now because the journalistic side of her wants to be in the middle of everything, but she also has a family and children, so she has to balance the career responsibilities with the personal side.

“So it really has turned into just this is the life I’m experiencing right now,” she said.

Mall said when it all started, that was a little more broad.

“And then slowly, as we’ve all had to hunker down more and more and more, it’s just turning into photographing the teachers on Zoom when they get on with their classes for my kids, and just closer and closer to home,” she said. “I don’t even think I’ve left in a couple of days.”

She said life is constantly up and down; there have been some amazing things that have come to the surface really quickly and other more jarring changes.

“I think my solution to that is ‘ok so we’re going to stay exactly in the moment we’re in and that’s it,’” Mall said.

She said that philosophy goes well in her personal life because she can be present while her kids are home and a lot more aware.

“But it’s tricky in business,” she said. “I mean, business takes almost preemptive planning, and you can’t do that right now.”

For example, when restaurants were being forced to closed, Mall went out and shot photos of restaurant owners delivering food as a method of adaptation.

“I feel like the innovation is having to happen so fast and it’s hard,” she said. “It’s hard to know what to do, and I feel like everyone’s just having to follow their own gut and their own heart.”

Mall always says she wants to photograph the realness of life and be as honest as possible.

“And if that means that I get some sort of anxiety on someone’s face because they’re trying to figure something out, then I’m going to capture that right now,” she said. “That’s real life right now. If it means that my kids are having a beautiful moment amidst chaos, I’m going to capture that right now too because thank God that they can have that. And I hope others are able to find those tiny moments also.”

She said it’s hard to nail down a feeling about the current situation, but it really comes in waves - waves of hope that are followed by grief, panic and optimism.

Mall said she’s just trying to stay in it as much as possible and navigate as best as possible in the moment.

One way Mall is adapting her business is by launching a weekly photo exploration challenge through her Patreon account.

The subscription offers bi-weekly photo prompts and creative photo challenges. Mall said it can be used by parents as a supplemental art class, or as a way to get out and explore.

“So that’s something that I’m doing that will help support my business and help me adapt, but then also turn around and give other people something to do as well,” she said.