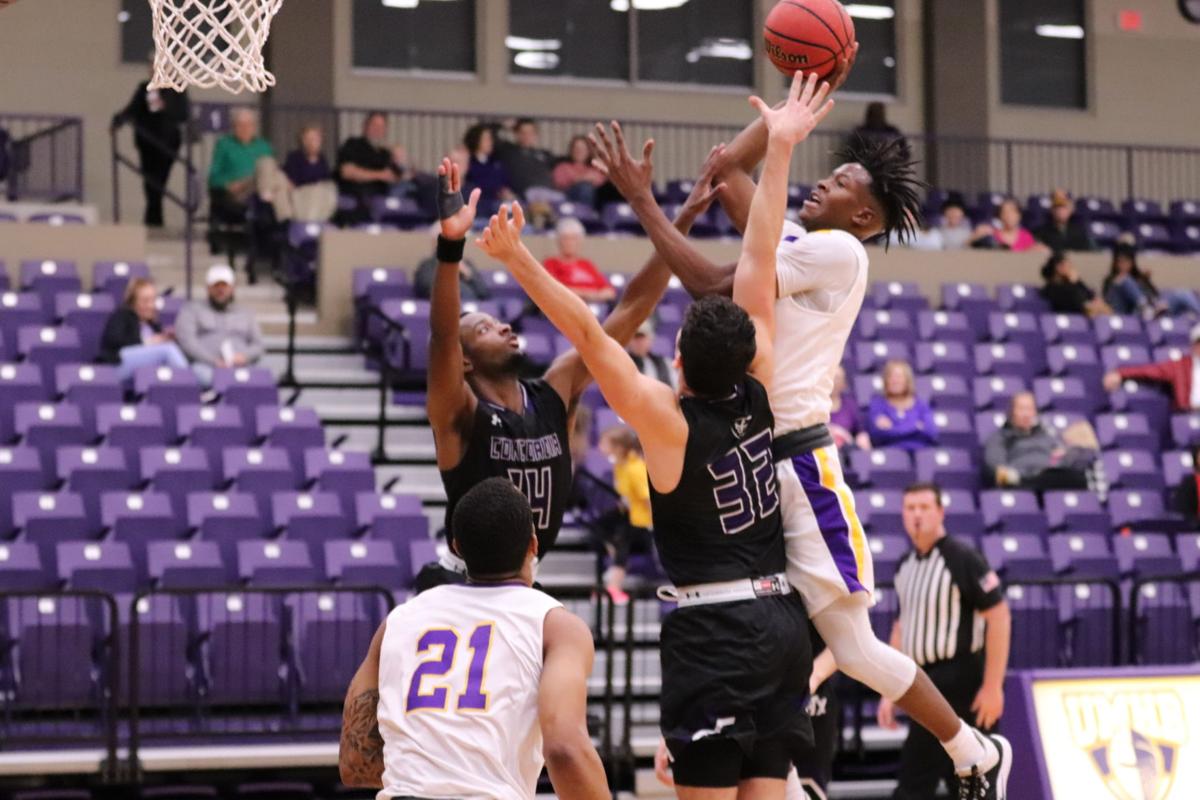 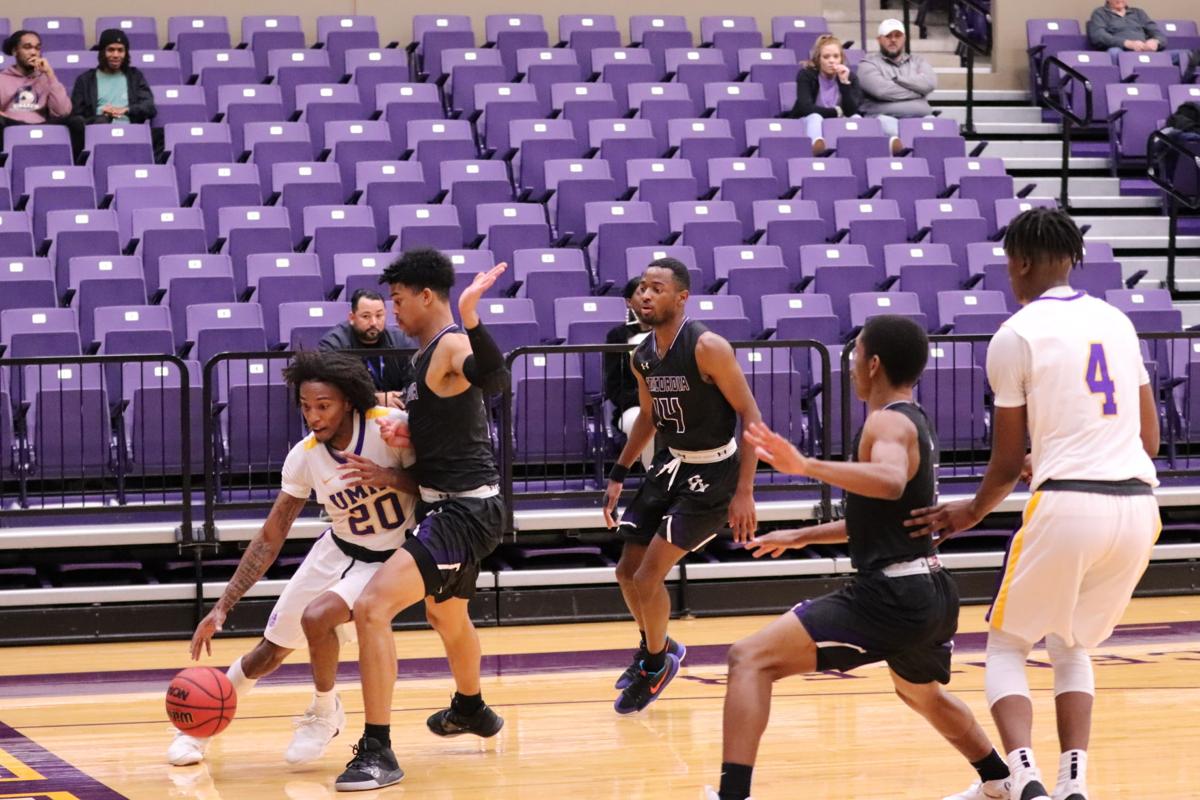 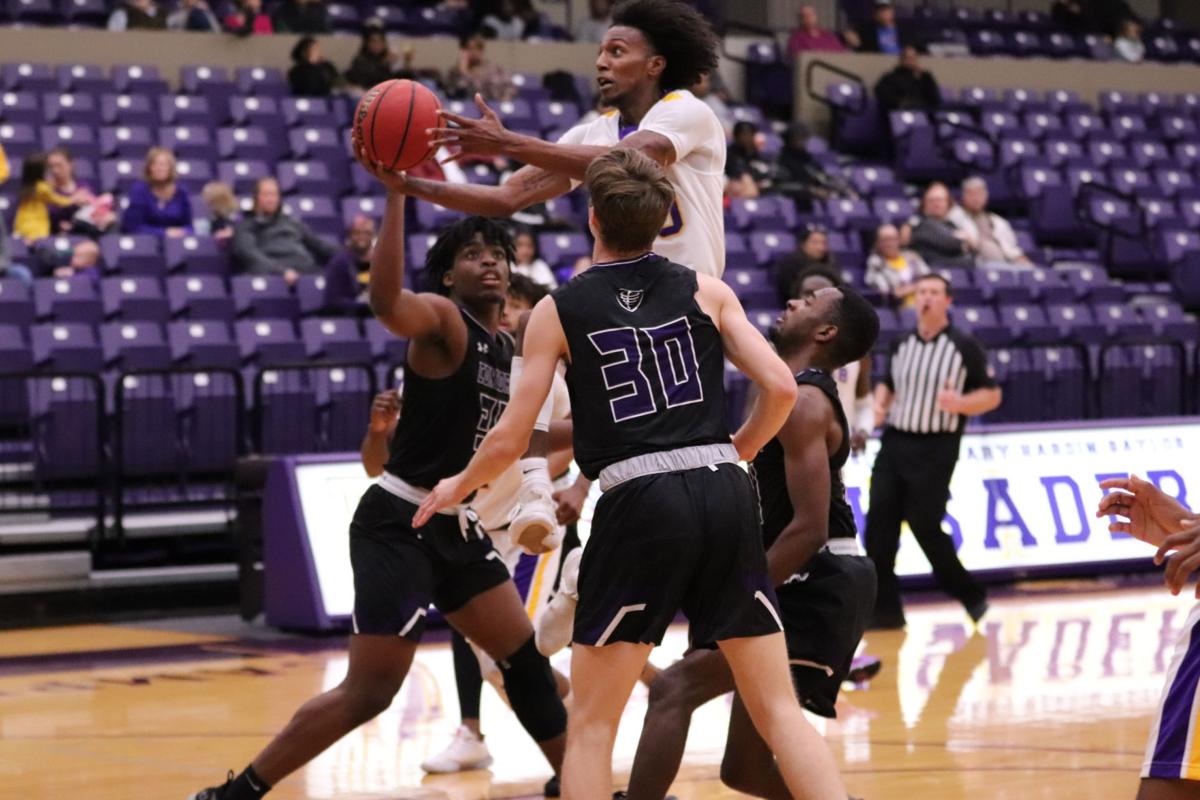 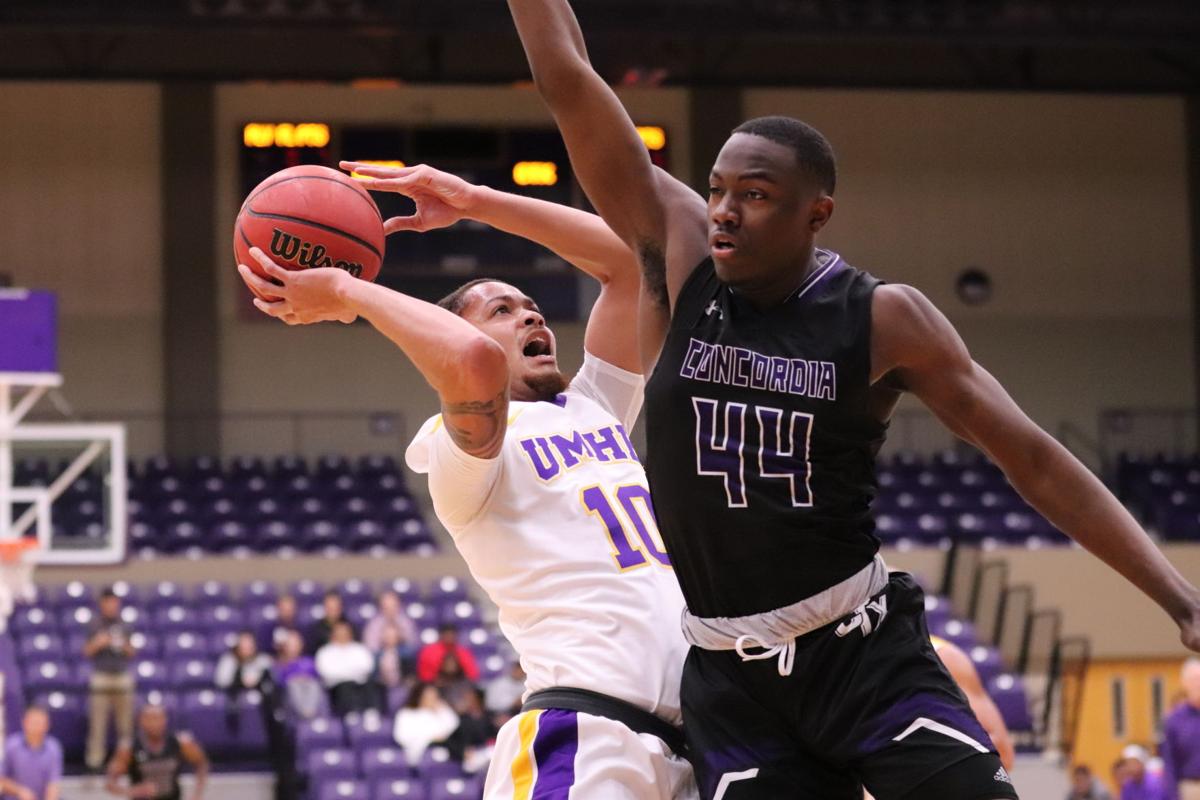 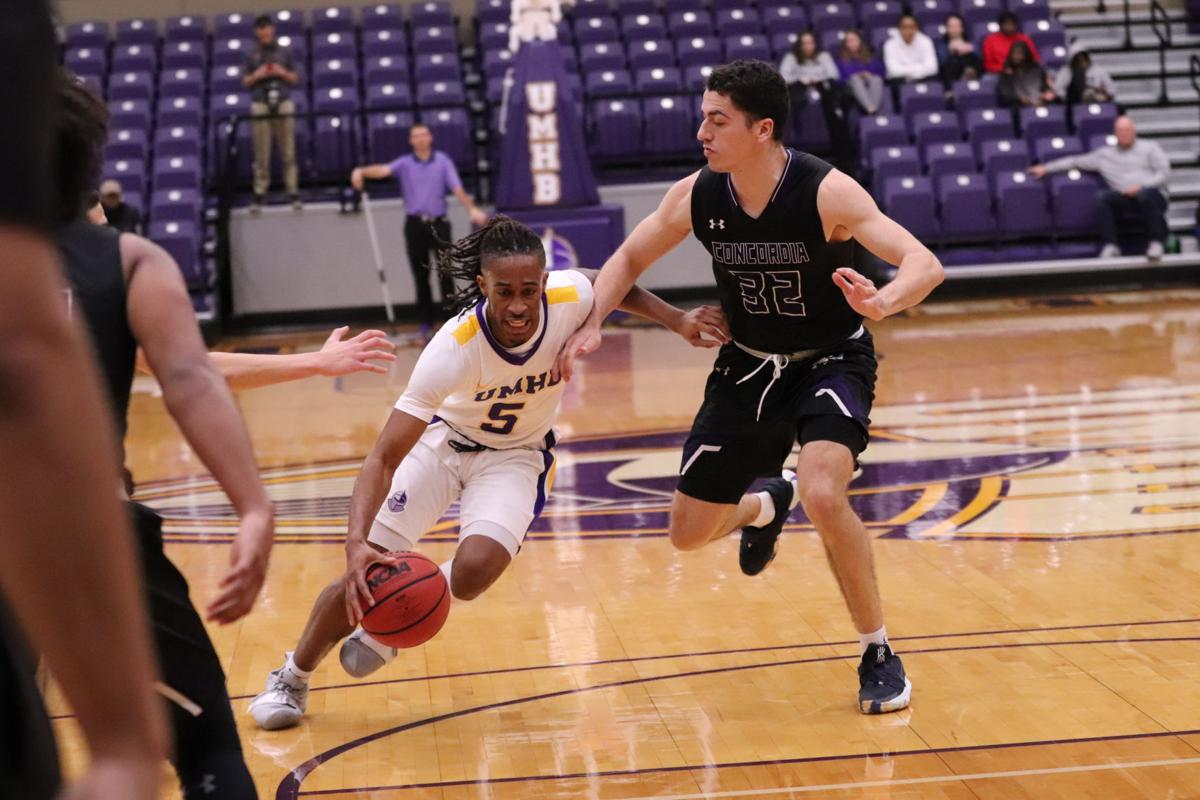 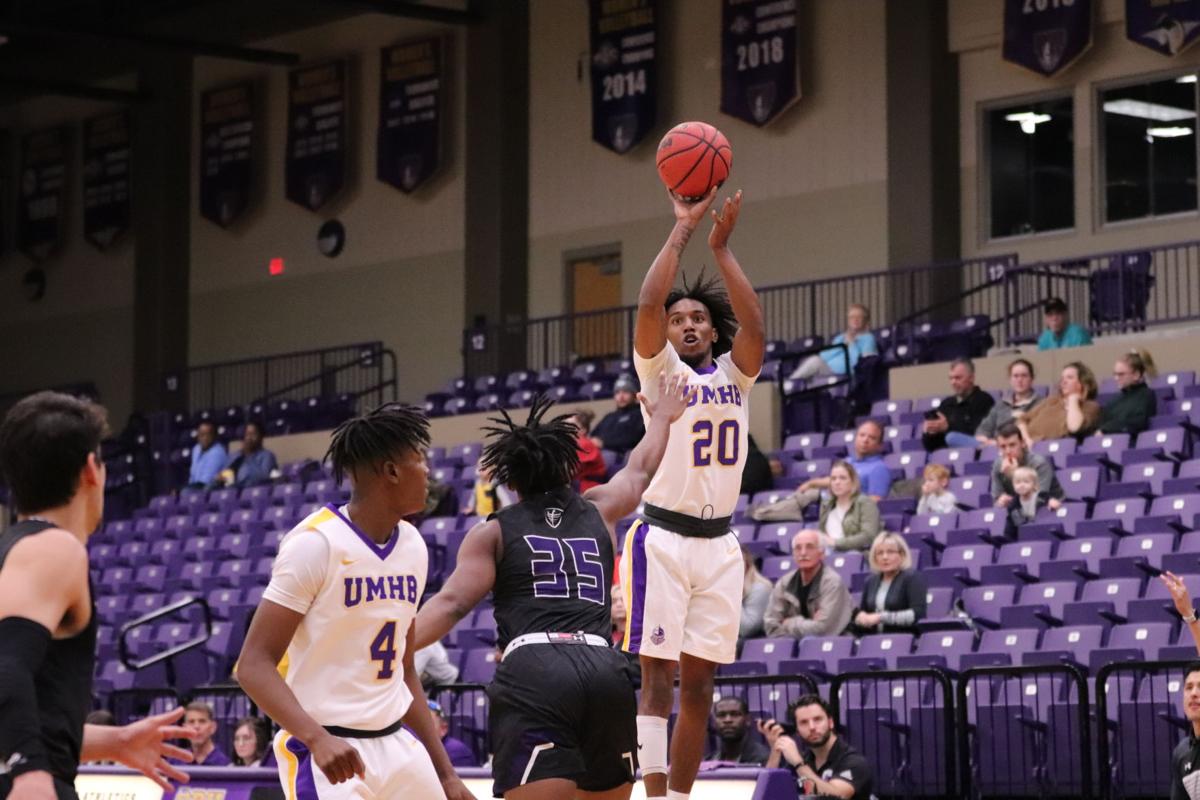 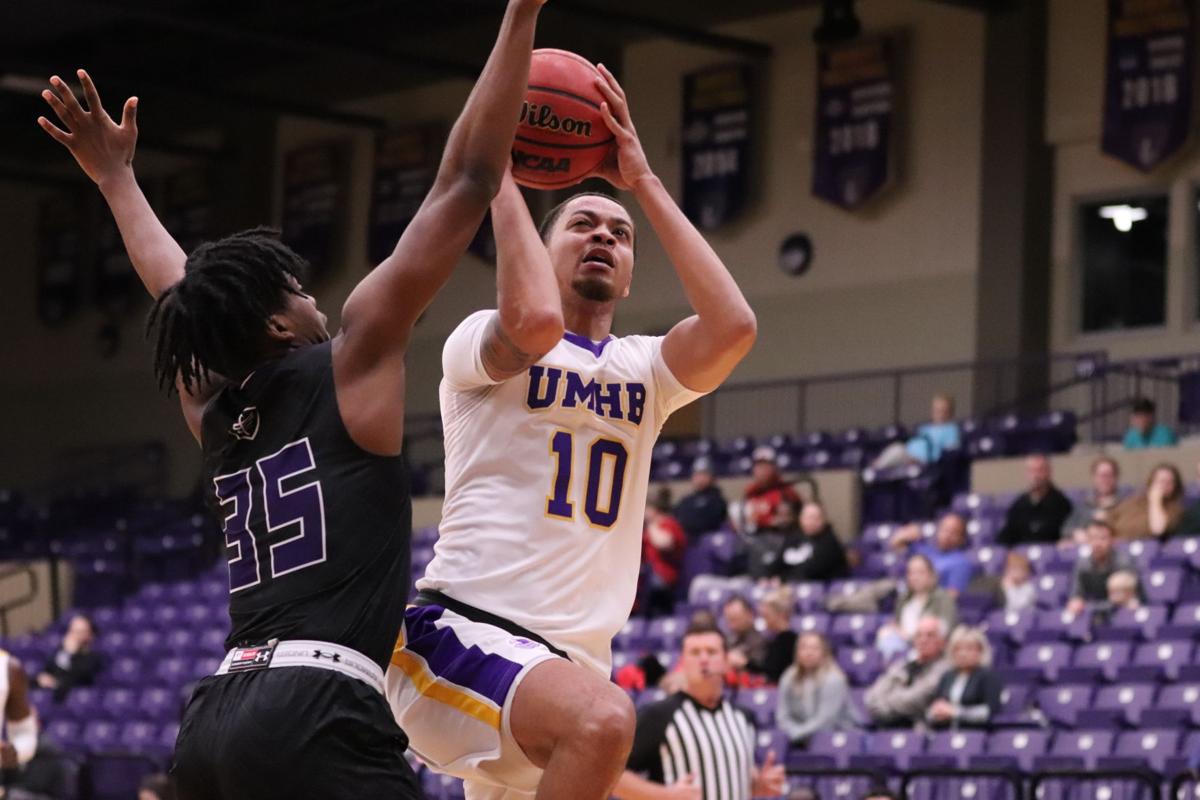 BELTON — The first 14 minutes of Monday night’s game were played in a style that suited Mary Hardin-Baylor well enough to build a 19-point lead. But when things devolved into a foul-filled affair devoid of rhythm, Concordia Texas felt right at home as the visitor on the Crusaders’ home floor and made things interesting in the second half.

Sam Moore scored 24 of his 35 points after halftime — including five after changing jersey numbers because of blood on his original garment — and UMHB fought off Concordia for a 102-93 victory in a rough-and-tumble American Southwest Conference opener at Mayborn Campus Center.

Neither team led by more than four points through the first 12 minutes before UMHB (7-1) put together a run. A 28-7 surge gave the Crusaders a 41-22 advantage — their largest of the night — with 5:49 left in the first half, and then things grinded to a halt.

Numerous foul calls — including a pair of double-technicals — robbed the game of its rhythm, and the Tornados found their groove as Concordia (4-4) scored 21 of the final 28 points of the half to cut UMHB’s lead to 48-43 heading into intermission.

Concordia seized control for the opening 10 minutes of the second half and was up 81-72 with 9:50 remaining before UMHB clawed back with a 13-0 run that was capped by Casey Armour’s dunk that gave the Crusaders an 85-81 edge, and they never trailed again.

Zaid Harris and Philip Meikle had 16 points each, Alexander Estrada 15, Tommy Holiday 13, and Ronnie Hamilton 12 for the Tornados on a night when 51 fouls were whistled and the teams combined for 43 turnovers.

Armour finished with 27 points, and Logan Hicks added 13 for the Crusaders, who shot 57 percent (33-of-58) overall and won their sixth straight since a road loss to Guilford on Nov. 15. Devyn Brewton had 12 and nine rebounds for UMHB before being ejected after picking up his second technical foul with 12:56 remaining.

UMHB is off for the Christmas break before hosting Whitman on Dec. 27 and Wisconsin-Platteville on Dec. 28.