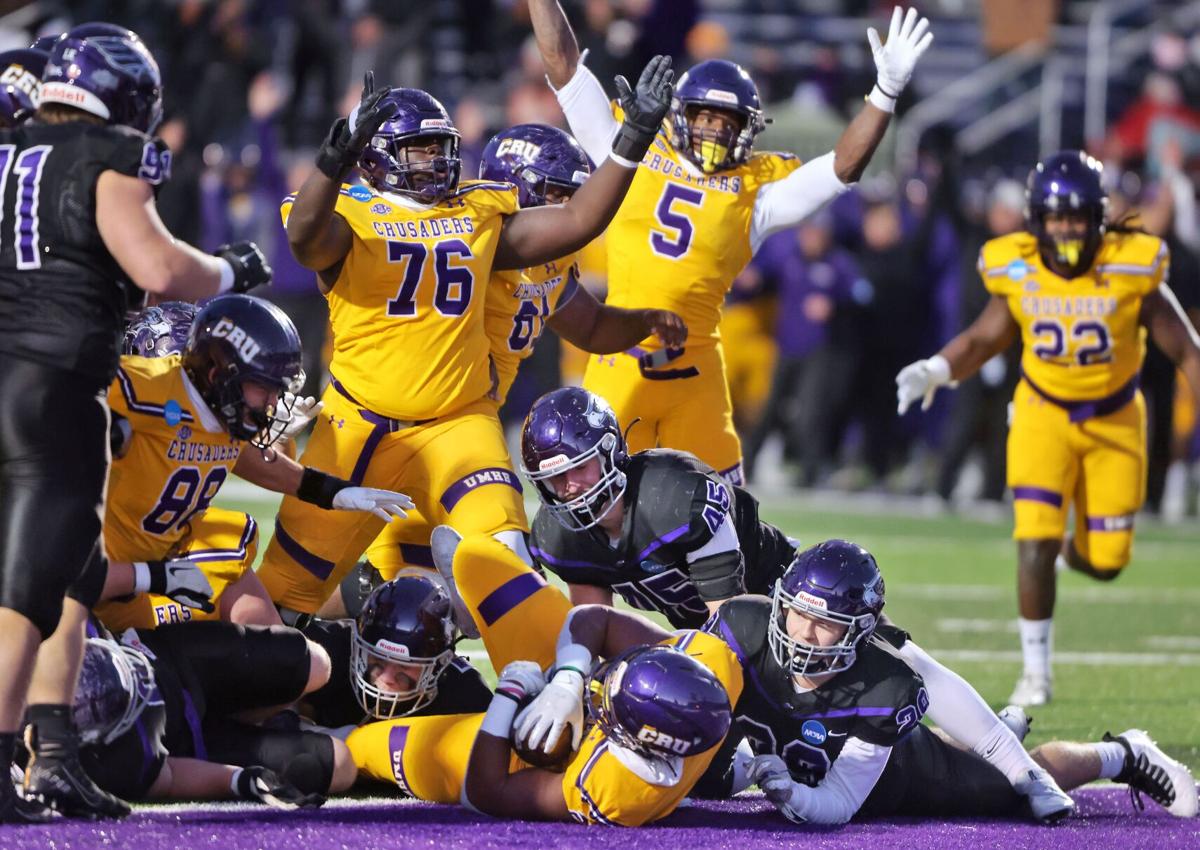 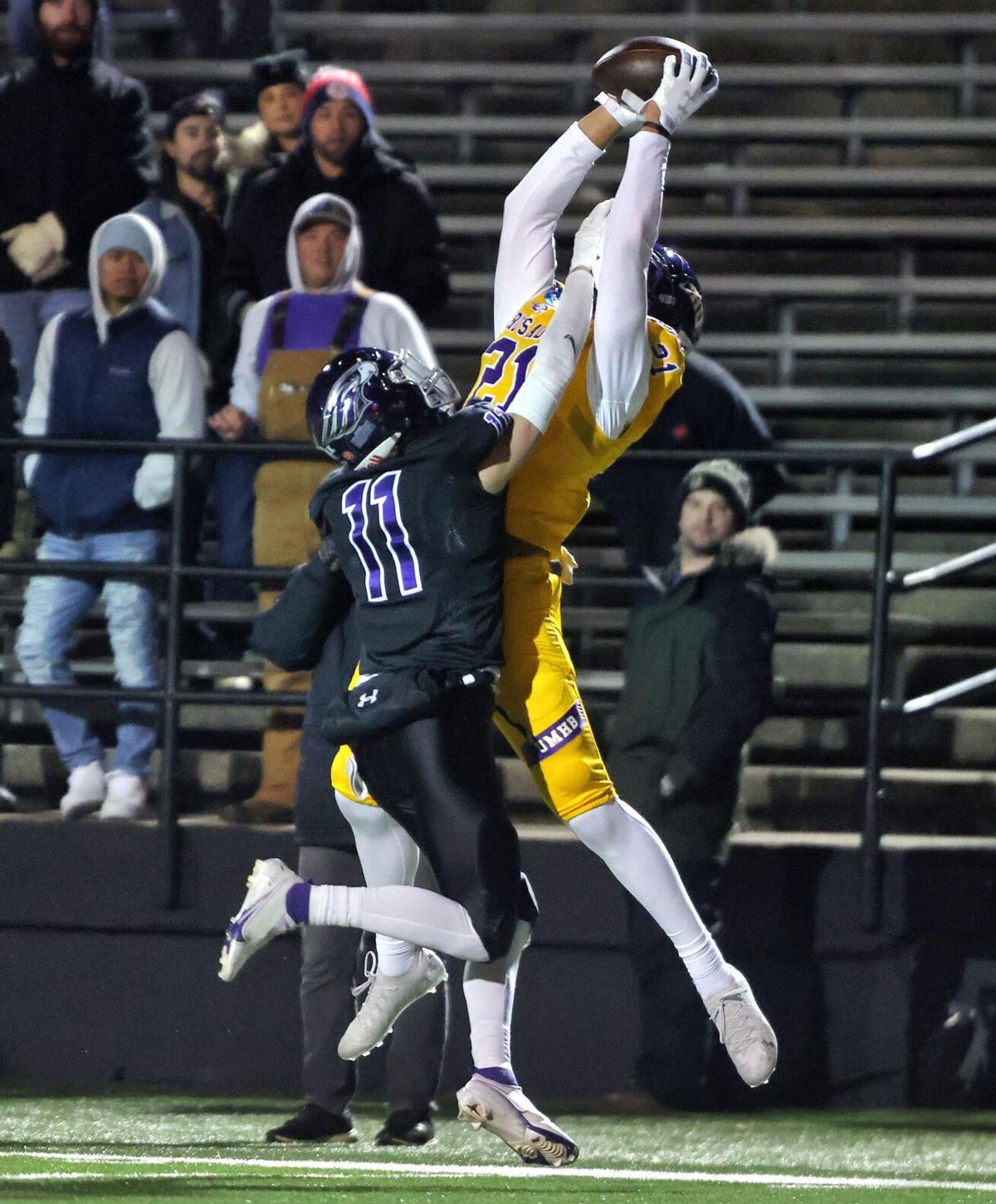 WHITEWATER, Wis. — Almost 1,000 miles from its campus in uncomfortable weather conditions, Mary Hardin-Baylor turned into the unwanted relative at the holiday party — making itself right at home, ruining the host’s festivities and then leaving town with the best present of all.

Second-ranked UMHB looked completely in its element in the Badger State, turning in another dominant performance Saturday afternoon to discard No. 3 Wisconsin-Whitewater 24-7 in an NCAA Division III semifinal at Perkins Stadium and earn another trip to the Stagg Bowl.

Next up is the first meeting ever between UMHB (14-0) and No. 1 North Central (13-0) on Friday night to determine the national champion. And after shutting down the Warhawks (13-1) in clinical fashion in the semifinals, the Crusaders say they’re ready to take their lunch pails to Canton, Ohio, and put in the work to bring home the program’s second crown.

“We’re going to go to work immediately and do the best that we can to come back with a national championship.”

The Crusaders offense went to the air to do its damage for the second straight week, getting 309 yards passing from Kyle King and 164 yards receiving from Brandon Jordan, for whom the Warhawks had no answer.

“We call him ‘Bailout Brandon.’ When you get in trouble, you just try to put it up and away from the defender, put it on his back shoulder and 90 percent of the time he’ll come down with it,” said King, who finished 22-of-33 without an interception. “It’s definitely a comfortable feeling knowing you have him out there.”

Following a scoreless first quarter that began with a temperature of 37 and wind chill of 27 degrees, UMHB got on the board first with a 14-play, 82-yard drive that included four third-down conversions and was capped by King’s 9-yard touchdown pass to Jordan just 2 minutes into the second.

UW-Whitewater’s ensuing possession ended when senior linebacker Mikkah Hackett intercepted Max Meylor’s pass down the middle at the UMHB 35-yard line, and the Crusaders went back to work. Jordan’s 31-yard catch down the left sideline keyed a seven-play, 65-yard march then ended with another 9-yard King throw to Jordan in the end zone for UMHB’s 14-0 lead with 9:46 left until halftime.

Another short Warhawks possession and punt set up UMHB at its 45, and the Crusaders moved 28 yards before settling for Anthony Avila’s 44-yard field goal and a 17-0 advantage 6 minutes before the break.

UW-Whitewater finally got its offense in gear to drive 80 yards in 12 plays, throwing four times to wideout Tyler Holte — the last being Meylor’s 9-yarder to Holte at the goal line to get the Warhawks within 17-7 with 1:01 left before intermission.

As it turned out, that was UW-Whitewater’s best drive of the day.

Warhawks running back Alex Peete, who came in averaging 108 yards rushing per game, was bottled up for only 43 on 20 carries against a swarming UMHB defense that had him surrounded at every turn.

According to Crusaders linebacker Akeem Jackson, it was the play of his teammates up front that made the difference.

“A big part of it is our defensive line,” said Jackson, who totaled a game-high 11 tackles. “We really focused on stopping the run. Our defensive line has been great this whole year and they were again. We stopped the run and forced them to pass.”

The only points of the second half came midway through the third quarter when Kenneth Cormier bulled his way in on fourth-and-goal at the 1.

The teams traded missed field goals and punts the rest of the way to the final horn, when the Crusaders could finally celebrate.

“It hasn’t sunk in yet,” King said. “It’s more like there’s a job still to do. You should enjoy this and I’m going to, but you’re ready to move on to North Central.”