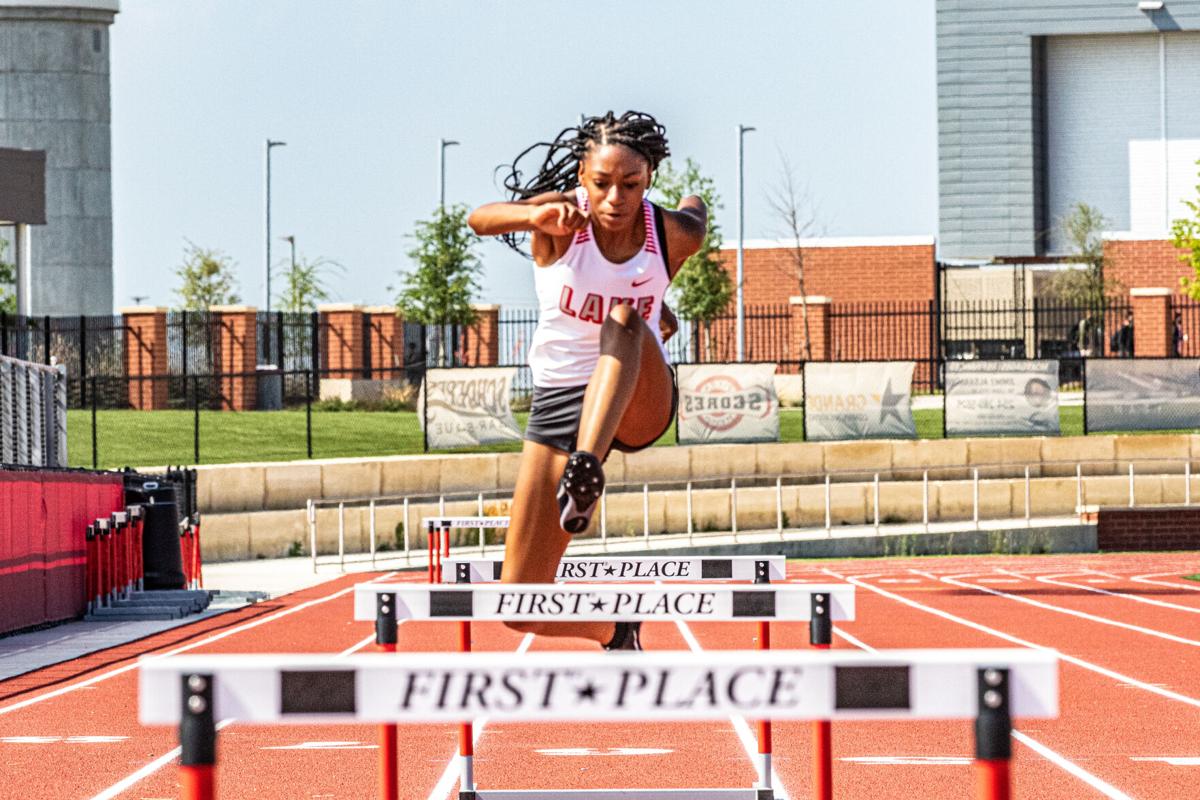 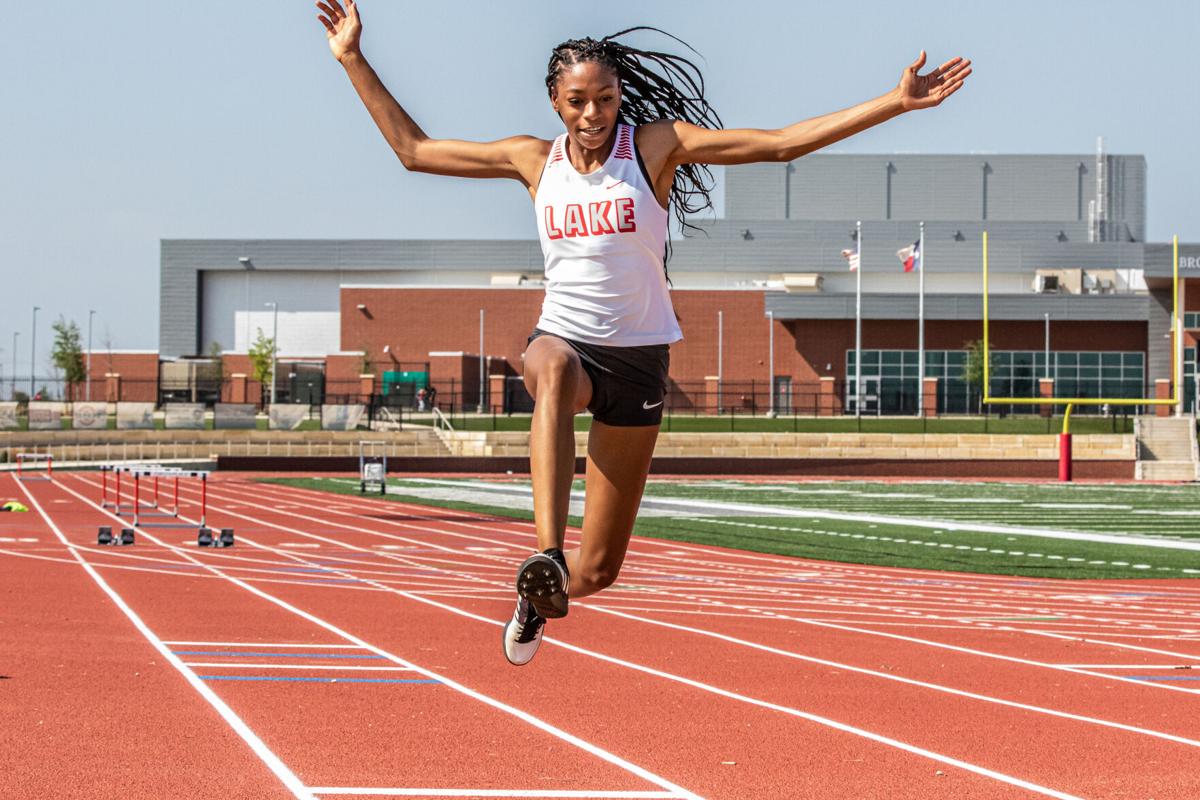 With a mom and two brothers who ran track at the collegiate level, it almost seemed as if Layloni Watson was destined to follow in their footsteps and be another track and field athlete inside the Watson household.

So, while Layloni may not have had much of a choice in following the family legacy, the Lake Belton sophomore doesn’t mind continuing the tradition. After all, it’s a family passion they all share and one that has led Watson — combined with a lot of hard work — to the UIL Track and Field State Championships.

“It was always a loud household,” said Watson, who earned silver medals in the 100-meter hurdles and the triple jump at the Class 4A Region III meet to advance to the 4A state meet Thursday in Austin. “My brothers toughened me up because we were always fighting and wrestling. It was really fun.”

After spending her freshman year at Belton High, Watson joined Lake Belton to help the Lady Broncos during their inaugural season. Lake Belton head coach Callie Cameron said it didn’t take her long to see that Watson has the talent and traits to be a cornerstone for the school’s program.

“Layloni is a competitor and that’s probably half of what she brings to the table,” said Cameron, who added that no matter what event Watson participates in, she expects to win. “What people don’t see is the type of leader she is, the type of teammate she is and all the hard work and motivation she gives to her team. She’s really stepped up and been a leader on a first-year program. She’s the type of kid you use to build a program — on and off the field.”

Perfection has never been the goal for Watson. Despite her competitive nature and family members who push her to perform to her highest ability, Watson always has seen track as a way to have fun and collect as many personal records as possible. One of those PRs came at the regional meet, where she posted a mark of 37 feet, 4½ inches in the triple jump. Watson’s 100 hurdles time was 16.81 seconds, 0.57 seconds off her personal best this season.

No matter how her finishes shake out, there’s always one person in the stands cheering. Along with being a regular fixture at Watson’s meets and the person she usually calls immediately after her heats to ask how she did, Vickie also coached Watson and introduced her to the hurdles.

Vickie’s approach to coaching her daughter varies from how she coached her sons, according to Watson, who added that her mom isn’t as tough with her as she was with her brothers.

Sometimes Watson wishes her mom would be tougher on her. Then again, the current coaching dynamic seems to be working.

“My mom is a pretty kind coach to me, more so than how she coached my brothers,” Watson said. “Sometimes I want her to coach me like she coached them, because I know that it would make me better. Then again, sometimes I think it’s nice the way she coaches me, so I don’t want to change it.”

The nerves Watson initially felt upon realizing she qualified for the state meet washed away and has since turned into excitement. The anxiety of facing the upper echelon of competition in front of thousands of fans has become a moment for which she is ready and eagerly awaits. Combine that with her drive to eventually run and jump on the collegiate stage, and Watson is left with one though — Thursday at Mike A. Myers Stadium can’t get here soon enough.

“The experience, the atmosphere and knowing that collegiate athletes have run on the same track where I’m going to be is pretty awesome and something that has gotten me really excited,” Watson said. “At first I was nervous about going to state, but now I’m just really excited. That’s a big stadium and there’ll be a lot of people cheering. I’m just ready to experience all of that.”